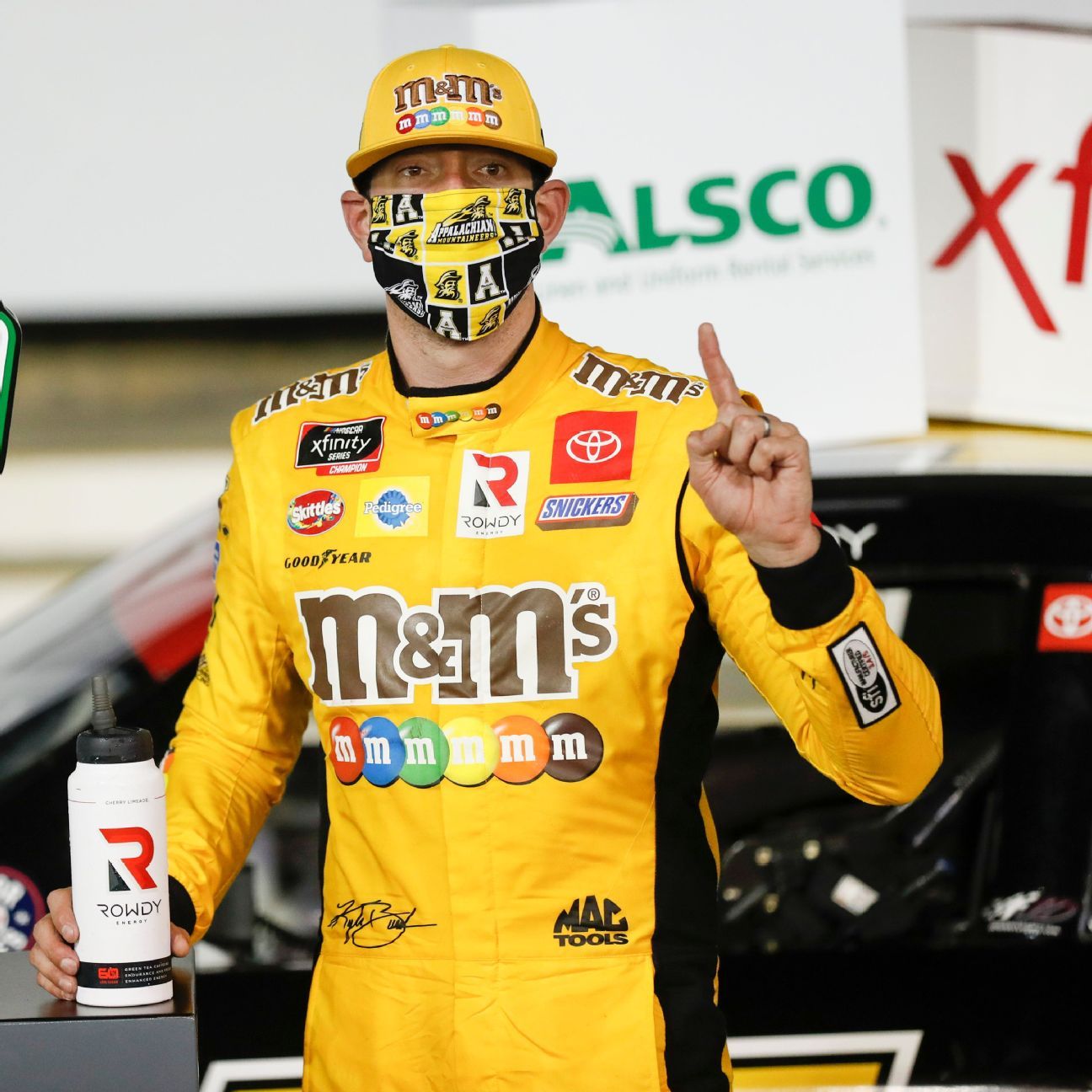 Kevin Harvick announced before the race he would donate $50,000 to Covid-19 relief for any full-time Cup driver who finished ahead of Busch. Marcus Lemonis, the CEO of Gander RV & Outdoors, which sponsors the Truck Series, agreed to match Harvick’s pledge, bringing the total to $100,000 for pandemic relief.

Elliott rubbed a little salt in the wound, borrowing Busch’s celebratory bow after the race.

“Hopefully nobody gets their feelings hurt over it,” Elliott said.

The win comes six days after Busch wrecked Elliott in a Cup Series race at Darlington and two days after Elliott’s costly decision to pit late in the Coca-Cola 600, opening the door for Brad Keselowski to win.

“It doesn’t make up for Sunday but it was still a really good night, and to do some good for the relief efforts for this virus,” Elliott said.

Busch appeared upset after the race and his interview was not aired on television.

“I did an interview,” Busch posted on Twitter. “It wasn’t aired. That is all.”

It was the first Truck Series race since Feb. 21 when Busch won at Las Vegas.

It marked the first time a Truck Series race was run on a Tuesday night.

Busch had won 57 Truck Series races entering the night, the most of any driver in history, and appeared to be the favorite.

But he could never chase down Elliott on a long green-flag stretch to close the race.

Busch started 16th and quickly made a move to sixth place before splitter issues forced him to pit and dropped him back to 33rd place. But the winner of 210 races across NASCAR’s three top series quickly moved back into contention with a strong second stage and took the lead on lap 69.

But when Busch pitted with 34 laps to go it dropped him back to 23rd and he could never regain the lead.

This was Busch’s third race in three nights. He followed up a fourth-place finish in the Coca-Cola 600 on Sunday by winning the Xfinity Series race on Monday in overtime after passing Austin Cindric on the final lap.

When Darius Slay, Glover Quin and others left Detroit over the past two seasons, they did not have the most positive things to say about Lions coach Matt Patricia as they exited. That hasn’t been the experience of every player, however, and two current Lions spoke up on Patricia’s behalf Wednesday when they were asked […]

Atlanta Falcons offensive coordinator Dirk Koetter says newly acquired running back Todd Gurley can still play at a high level but added that the team is taking a wait-and-see approach regarding the health of the three-time Pro Bowler’s left knee. Gurley, who was released by the Los Angeles Rams after five seasons, signed a one-year, […]

6:53 PM ET Nick JuddTransfer writer The coronavirus pandemic has made the summer transfer window uncertain, but here are the rumours floating around Europe’s big leagues and beyond. TOP STORY: Spurs, Man United, Arsenal in hunt for Plea A number of English clubs are said to be queueing up for the signature of Borussia Monchengladbach […]