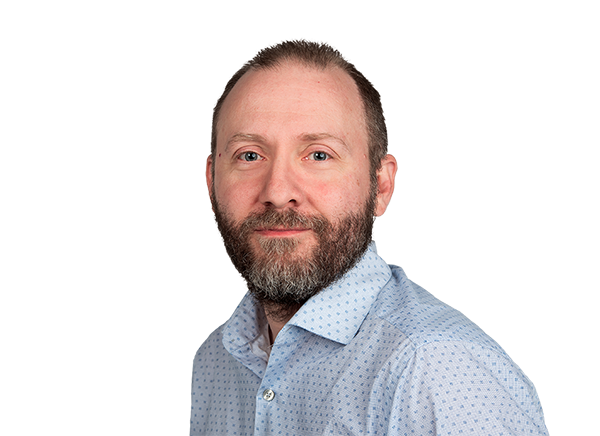 Well, it looks like things are finally falling into place enough where we will actually be able to take part in fantasy baseball leagues in 2020. That’s the good news. And, while there are still potential hurdles out there to be overcome before we quite literally get back in the swing of things, the optimism is — for the first time in a long time — deserved.

Yes, some baseball is better than no baseball at all. However, it is only going to be some baseball; 60 games spread out over 66 days, assuming that there’s no health issues that derail the season once it has started. Quite frankly, that means if you had been planning on taking part in a head-to-head points league, there are some things you should consider before you follow through with that plan.

Baseball is back and so is fantasy! Get the gang back together or start a new tradition.
Everything you need to compete >>

After all, even in a 10-team league, there’s just not going to be enough time for your team to play each of the other teams more than once and also have more than one round of postseason. It’s a compromise you’re going to have to make. In ESPN public 10-team leagues, we’ll be featuring a 2-week postseason (two rounds) which leaves only 8 weeks of regular-season play, and therefore each team will play against only 8 of the other 9 teams. We’re already dealing with an environment where the abbreviated MLB schedule and small sample sizes are going to play havoc with the overall statistical production of your fantasy rosters. Why compound that uncertainty with the randomness of an unbalanced fantasy schedule?

To me, this is the perfect time for all leagues – regardless of what you’ve done in the past or what you plan on doing going forward – to use a roto format in 2020. With what essentially amounts to a two-month sprint to the end of September, even if you pulled rosters randomly out of a hat, odds are good that no single team will be able to run away with the title in such a short amount of time.

This is especially likely to be true in the wins category, as starters may not be able to pitch deep enough into games to reach the five-inning minimum required for a victory for the first three weeks or so of the 2020 campaign. To that end, instead of going with traditional categories, why not use this opportunity to experiment a bit? Go with things like Pitcher Team Wins or Batters Retired for pitchers, and combinations of Holds and Saves to involve middle relievers a bit more. On the hitting side of things, go with more ratios like on-base percentage, and BB/K rate so that you’re not just playing a form of home run derby for two months to see who wins the crown. ESPN Fantasy league managers have a wealth of options available to customize their leagues, so I encourage you to explore the settings and pick the ones that will be fun for you and your fellow players.

Look, I’m the “points league guy” here at ESPN. I get that a lot of you simply prefer this format, and over a six-month season, I hear you. This year is not that. However, if you’re going to stand firm here, at the very least, you have to ditch the one opponent per week head-to-head format for now. Either go with a simple “total points for the entire regular season” to determine your champion or, if you must have a playoffs, then take the top four teams with two weeks left to go in the season and have a week of semifinals matchup leading into a one-week World Series. As a fantasy league manager, you can control the schedule and set the playoff bracket however you like.

Another alternative would be to assign “win totals” on a weekly basis, based on each team’s point total for that week. In a 10-team league, the highest scoring team would go 9-0, the second-highest team goes 8-1, and so on down to 0-9 for the lowest scoring team. Add up the records at the end of the season (or, again, with two weeks left to go if you want playoffs) and determine your champion that way.

As for keeper leagues, if you haven’t already come up with some contingency plans, you need to make some decisions. I think the best course of action is to freeze rosters right now and put your dynasties on hold until the winter. Draft yourselves a “one-and-done” set of teams for 2020 and have fun with it – without having it have a huge long-term impact on your personnel decisions. After all, some stars may decline to play. Fingers crossed against it, but some players may well get sick. Let’s not treat this season as normal in any sense of the term.

Even if you do decide to play things out with your current dynasty rosters, it makes sense to trim back the required number of games for positional eligibility for 2021, as well as to not count this year’s action against the length of any contracts. In fact, this might be a good time to convert your league’s keeper system to that of a modified salary cap system, wherein each player’s salary for the next season is equivalent to his WAR from the previous season.

Keep as many players as you like, but you only have 40 WAR to spread out on your total roster. On draft day, managers may select any unprotected player at their WAR-based salary or can pass. Every five rounds, the salaries of all remaining free agents gets cut in half and the next five rounds begin. This process continues until all teams have restocked. It would take a bit of spreadsheet work outside the draft room itself, but hey, if it sounds fun, there’s no end to the kind of things you can do to make your league truly unique.

When Darius Slay, Glover Quin and others left Detroit over the past two seasons, they did not have the most positive things to say about Lions coach Matt Patricia as they exited. That hasn’t been the experience of every player, however, and two current Lions spoke up on Patricia’s behalf Wednesday when they were asked […]

IN “THE LAST DANCE,” Michael Jordan professes his love for Scottie Pippen, anoints him the best teammate he ever had and acknowledges he couldn’t have reached pro basketball’s zenith without him. But Pippen has been notably silent since the documentary began its run last month, and those close to him say he’s wounded and disappointed […]