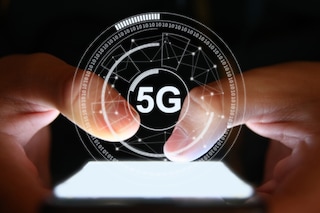 More than six million South Koreans were subscribed to 5G mobile networks as of April, a year after the country adopted the service, government data showed on Monday. The number of 5G users in the nation reached 6.34 million as of the end of April, up 7.8 per cent from a month earlier, according to the data compiled by the Ministry of Science and ICT.

SK Telecom’s 5G customers accounted for 45 percent as of April, trailed by KT with 30.3 percent and LG Uplus with 24.7 percent, the ministry said. The number of mobile subscribers between 2G and 5G came to 69.35 million as of the end of April, reports Yonhap news agency.

Zoom CEO Eric Yuan speaks before the Nasdaq opening bell ceremony in New York on April 18, 2019. Kena Betancur | Getty Images Zoom shut down the account of an activist who was holding an event on the video conferencing platform to commemorate China’s Tiananmen Square crackdown. The move has prompted accusations that Zoom, a […]

Bird is scrapping thousands of electric scooters in the Middle East

Bird is scrapping thousands of e-scooters in the Middle East and shutting down its operations in the majority of the region as a result of the coronavirus pandemic, according to five people familiar with the matter.   The e-scooters being scrapped belong to Circ, which was acquired by Bird for an undisclosed sum in January.  There […]

Netflix Logo. Netflix said that the inactive accounts represent only a few hundred thousand users and make up less than half of one percent of its user base. News18.com Last Updated: May 23, 2020, 11:19 AM IST In an unprecedented move, leading video-streaming platform Netflix announced that it will cancel subscriptions of all […]