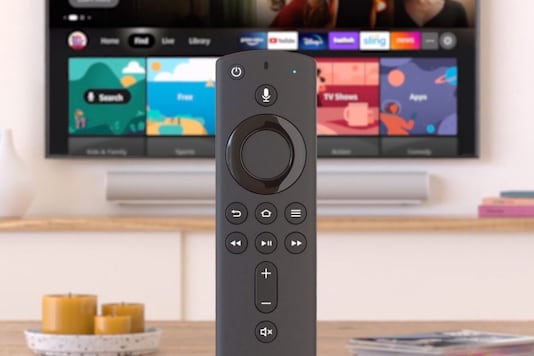 Seattle, Washington-based Amazon’s move to make the device in India coincides with Prime Minister Narendra Modi’s big policy push to make the country a hub for electronics manufacturing to compete with other Asian nations such as China and Taiwan, and create jobs.

Amazon today announced that it will start making its TV streaming device including the Fire TV Stick in India this year via a unit of Taiwanese contract manufacturer Foxconn. The Fire TV Stick will be made by Foxconn subsidiary Cloud Network Technology in the southern city of Chennai, marking Amazon’s first foray into having one of its devices manufactured in India. Amazon said hundreds of thousands of Fire TV Sticks would be produced per year, helping it meet the demands of Indian customers.

“Amazon will continuously evaluate scaling capacity to additional marketplaces/cities depending on the domestic demand,” the company said in a blog post. The launch of conglomerate Reliance’s telecoms venture Jio in 2016 began an era of cheap data tariffs in India, aiding the growth of video and audio streaming services such as Amazon’s Prime Video and Netflix. That created a market for streaming devices such as the Fire stick.

Seattle, Washington-based Amazon’s move to make the device in India coincides with Prime Minister Narendra Modi’s big policy push to make the country a hub for electronics manufacturing to compete with other Asian nations such as China and Taiwan, and create jobs.

New Delhi’s local manufacturing drive has attracted iPhone makers Foxconn and Wistron to expand in India, and another key contract manufacturer Pegatron has also set up base in the country. It has also helped India become the world’s second-biggest mobile maker.

Zomato is gearing up to lay off about 13 percent of its workforce over a span of the next six months, according to a note to employees by CEO Deepinder Goyal. Now published in a note titled ‘A more focused Zomato’, Goyal’s note states that the number of restaurants are roughly expected to shrink by […]

(Image source: 91Mobiles) The OnePlus 9 is said to launch with the model numbers LE2110, LE2117, and LE2119. The OnePlus 9 series will reportedly include two variants, the second being OnePlus 9 Pro. News18.com Last Updated: November 15, 2020, 14:39 IST FOLLOW US ON: The vanilla OnePlus 9 smartphone’s alleged render has surfaced online. According […]

PARIS: France’s finance ministry has sent out notices to big tech companies liable for its digital service tax to pay the levy as planned in December, the ministry said on Wednesday. France suspended collection of the tax, which will hit companies like Facebook and Amazon, early this year while negotiations were underway at the Organisation […]