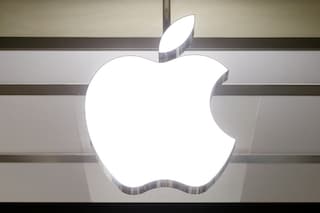 As the global smartphone market plummeted 14 per cent in the June quarter, Apple was the only vendor to grow as it shipped 45.1 million iPhones globally, a growth of 25 per cent compared to the previous year, according to a new report. Samsung fell 30 per cent, Huawei 5 per cent, Xiaomi 10 per cent, OPPO 16 per cent and others 23 per cent in terms of shipments in the second quarter, reported market research firm Canalys.

“Apple defied expectations in Q2. Its new iPhone SE was critical in the quarter, accounting for around 28 per cent of its global volume, while iPhone 11 remained a strong best-seller at nearly 40 per cent,” analyst Vincent Thielke on Friday. According to him, iPhone SE will remain crucial to prop up the volume this year, amid delays to Apple’s next flagship release. “In China, it had blockbuster results, growing 35 per cent to reach 7.7 million units. It is unusual for Apple’s Q2 shipments to increase sequentially,” said Thielke. The smartphone market worldwide fell to 285 million units, a second consecutive quarter of freefall, as lockdown orders caused by the Covid-19 pandemic persisted through April and May.

Huawei toppled Samsung with shipping 55.8 million units, compared to Samsung’s 53.7 million in Q2 2020. Apple was third with 45.1 million units. Xiaomi came fourth, shipping 28.8 million units, which was down 10 per cent, and OPPO reclaimed fifth place from Vivo, shipping 25.8 million units with a 16 per cent decline. “As well as the new iPhone SE, Apple is also demonstrating skills in new user acquisition. It adapted quickly to the pandemic, doubling down on the digital customer experience as stay-at-home measures drive more customers to online channels,” said the report.

Google has shared what people are searching for the most as part of its ‘This week in Search’ series. June being the LGBT Pride Month, “pride fist”, “blm pride flag” and other associated searches have hit record highs, Google says. Additionally, Marsha P. Johnson is also among the highest searched personalities worldwide for the month […]

Samsung Galaxy A31 has been launched in India as a successor to the Galaxy A30 that debuted in the country in late February last year. The new smartphone by the South Korean giant has a waterdrop-style display notch and a quad rear camera setup. The phone also comes with up to 6GB of RAM and […]