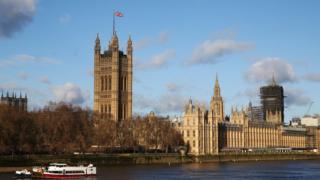 A Conservative MP has been arrested on suspicion of rape.

According to the Sunday Times, the allegations were made by a former parliamentary employee.

The Met Police said the allegations relate to four separate incidents alleged to have taken place between July 2019 and January 2020. The MP has been released on bail.

The Conservative Party said it “takes all allegations of this nature extremely seriously”.

The Sunday Times, which first reported the story, said the complainant, a woman in her 20s, alleges that the MP assaulted her, forced her to have sex and left her so traumatised that she had to go to hospital.

The Metropolitan Police said it had launched an investigation into the allegations.

“These offences are alleged to have occurred at addresses in Westminster, Lambeth and Hackney between July 2019 and January 2020.

“A man in his 50s was arrested on Saturday, 1 August on suspicion of rape. He has been released on bail to return on a date in mid-August.”

A Conservative Party spokesman said: “We take all allegations of this nature extremely seriously. As this matter is now in the hands of the police it would be inappropriate to comment further.”

Kirsty Blackman steps down as SNP deputy at Westminster

The Labour leader said there was “no consensus” on messages or policy between Westminster and the devolved parliaments over dealing with coronavirus. Keir Starmer said the country needed clarity and reassurance within 48 hours, as there were “lot of questions but so far precious few answers” from the UK government. Source link 60 SHARES Share […]