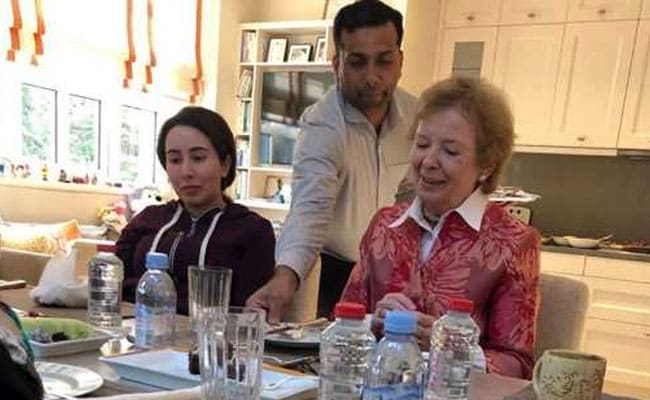 Sheikha Latifa said her situation is “getting more desperate every day”. (File Photo)

The daughter of Dubai’s ruler says she is being held captive and fears for her life after a foiled attempt to flee, according to footage broadcast on Tuesday.

Sheikha Latifa has not been seen in public since she attempted to escape from the Emirate by sea in March 2018.

The BBC aired clips it said were filmed roughly a year after she was captured and returned to Dubai showing her crouched in a corner of what she says is a bathroom.

“I’m a hostage and this villa has been converted into a jail,” she says in one cellphone video.

“There’s five policemen outside and two policewomen inside the house. Every day I am worried about my safety and my life.”

In another video, Latifa says her situation is “getting more desperate every day”.

The BBC released the video excerpts ahead of its investigative news programme “Panorama”.

Sky News reported that it had also received the videos but had been unable to contact Latifa for the last nine months.

The broadcasters reported that the videos have now been passed to the United Nations by her friends.

The Dubai authorities did not respond to a request for comment.

Latifa’s father, Sheikh Mohammed bin Rashid Al-Maktoum, is vice president and prime minister of the United Arab Emirates, of which Dubai is a constituent.

He shares a passion for breeding racing horses with Queen Elizabeth II and they have been photographed together.

The undated videos were broadcast as Latifa’s friends voiced concern that secret messages from her have stopped coming, the BBC said.

The videos came from Latifa’s Finnish friend, Tiina Jauhiainen, who accompanied her during her escape attempt.

The BBC said it had independently verified the details of where Latifa was held.

In 2018, Latifa attempted to flee the UAE on a boat that was then intercepted by commandos off the coast of India, according to her companions and the UK-based group Detained in Dubai.

“I was holding onto the yacht… They were pulling me off, I was fighting hard as I could,” she recalls.

“I was up against a lot of people with weapons.”

In the videos, Latifa says that men from the Emirates sat on her, tried to tie her up and injected her with a sedative.

A Dubai government source later said that she had been “brought back” and the UAE released photographs of Latifa, saying she was receiving “the necessary care and support”.

Latifa said she was held for approximately three months in the Al-Awir central prison in Dubai, until May 2018, before being moved to the villa.

In 2019, Sheikh Mohammed’s ex-wife, Haya Bint Al Hussein, fled to London, where she applied for a forced marriage protection order relating to their school-age children.

The Dubai emir subjected Haya to intimidation, a British High Court judge ruled last year, granting her application for the children to be made wards of court allowing them to live in London with her.

Judge Andrew McFarlane also ruled that both Latifa and her sister Sheikha Shamsa, the emir’s daughters from a previous marriage, had been forcibly returned to Dubai.

He upheld Latifa’s account that she was detained at sea by Indian special forces and returned to Dubai.

The AstraZeneca vaccine has shown an average 70-percent effectiveness (Representational) London, United Kingdom: The British government said on Friday it has asked its independent medicines regulator to assess AstraZeneca’s coronavirus vaccine as part of the formal approval process for the drug to be rolled out by the end of the year. More than 1.4 million […]

NEW YORK: US biotechnology firm Moderna announced on Monday that its Covid-19 vaccine has demonstrated a ‘neutralising impact’ on coronavirus variants first found in the United Kingdom and South Africa. According to a news release by the firm, the two doses of the vaccine “is expected to be protective against emerging strains detected to date.” […]

The Fight for Fertility Equality

While plenty of New Yorkers have formed families by gestational surrogacy, they almost certainly worked with carriers living elsewhere. Because until early April, paying a surrogate to carry a pregnancy was illegal in New York state. The change to the law, which happened quietly in the midst of the state’s effort to contain the coronavirus, […]