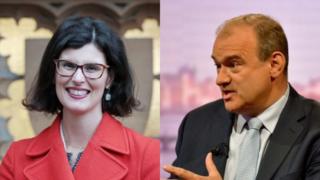 Sir Ed Davey and Layla Moran will fight it out to become the next Liberal Democrat leader after securing the support required to stand.

Both candidates obtained the necessary backing from 200 members in 20 constituency parties and one other MP after nominations opened on Wednesday.

The only other declared candidate, Wera Hobhouse, pulled out of the contest on Tuesday and is backing Ms Moran.

Voting starts next month, with the result to be announced on 27 August.

Sir Ed, who was a cabinet minister in the coalition government between 2010 and 2015, has been serving as acting leader since Jo Swinson lost her seat in the 2019 general election.

He is being challenged for the top job by Ms Moran, the party’s education spokeswoman who has been an MP since 2017.

Both candidates posted messages on social media saying they had been told that they had passed the threshold for nominations, thanking their supporters.

The final line-up will not officially be known until 9 July, when nominations close, but no other candidates are expected to enter the race.

The Lib Dems originally planned to delay the contest to succeed Ms Swinson until May 2021 but brought it forward following criticism from party members.

Media playback is unsupported on your device Media captionShould I wear a mask to stop coronavirus? The Scottish government is recommending the use of face coverings on public transport and in food shops. First Minister Nicola Sturgeon says science shows there may be some benefit, so could the rest of the UK follow? Why doesn’t […]

Image copyright Getty Images The justice secretary has indicated there may be changes to lockdown rules which has led to weddings being cancelled due to the coronavirus. Robert Buckland told BBC Radio 4 he was giving “anxious consideration” to the effect of potential changes. Weddings, baptisms and other ceremonies have been put on hold because […]

Environment Secretary George Eustice says the UK’s early coronavirus testing strategy was focused on building capacity. Asked whether he regretted the switch away from tracing coronavirus cases in the community in early March, he said there was a priority to make sure that NHS workers showing symptoms were tested. Professor Dame Angela McLean, Chief Scientific […]