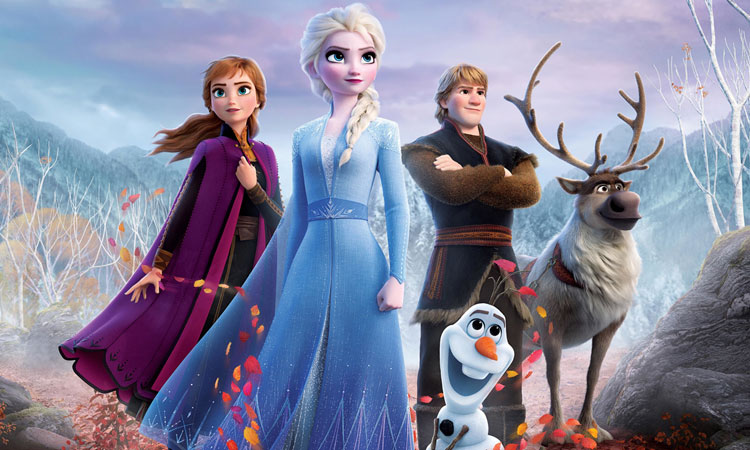 Back in 2013, Disney began the FROZEN saga that told the story of two sisters Elsa and Anna. While Elsa had the power to control ice, Anna was given an unfaltering spirit. Since then, the two sisters have become superheroes of a different kind for kids across the world. Now a few years on, Disney is releasing the second part in the franchise with FROZEN 2 hitting screens. But will the new film live up to its predecessor, will the story of the new film offer something new or will FROZEN 2 like so many other sequels fall short, is what we analyse.

FROZEN 2 starts off with Elsa and Anna living a full life in Arendelle, the city has over time prospered and flourished. Sadly though, things are not meant to last as a haunting echoing voice calls to Elsa from far beyond. Being the only one able to hear the call, Elsa sets off on a journey to find the source of the calling, assisted by her sister Anna, and her friends Kristoff, Olaf and Sven. The five leave Arendelle to travel to an ancient, autumn-bound forest of an enchanted land. They set out to find the origin of Elsa’s powers in order to save their kingdom. Will they manage to find the source of the voice Elsa hears, will Elsa’s powers be enough to save them and the city, or will they be overpowered by what they find in the enchanted forest is what the film is about.

In the six years Disney took to develop FROZEN 2, the production house has put in the extra effort in not only developing an engaging story, but enabling the same with captivating visuals. With computer animation at its best, the film is a seamless visual treat that kids are sure to love. Given the immense fan following among kids that FROZEN developed, the sequel to the film plays to this audience. However, unlike the previous film, FROZEN 2 has a slightly darker and more complex story line, which may not be fully understood by the younger lot. However, despite this, there is more than enough to keep the tots happy.

Speaking of music, which plays an integral part in the film, like the first film, FROZEN 2 certainly has what it takes when it comes to captivating lyrics and catchy tunes. Though the track ‘Into The Unknown’ was meant to be what ‘Let it Go’ was for the first film, it does fall a bit short. On the other hand, Kristoff’s rendition of ‘Lost In The Woods’ is one track that is sure to strike a chord with a wide section of the audience. Another, tune that is sure to stick is the haunting, yet exhilarating tone that calls from the deep to Elsa. Conveying both mystery and intrigue through sound, the tune will certainly be an ear worm that latches on. Coming to the animation, FROZEN 2 displays why Disney is the best at what they do. Seamless animatronics that follow the laws of physics, well finished textures and realistic movement go a long way in converting CGI into something realistic. 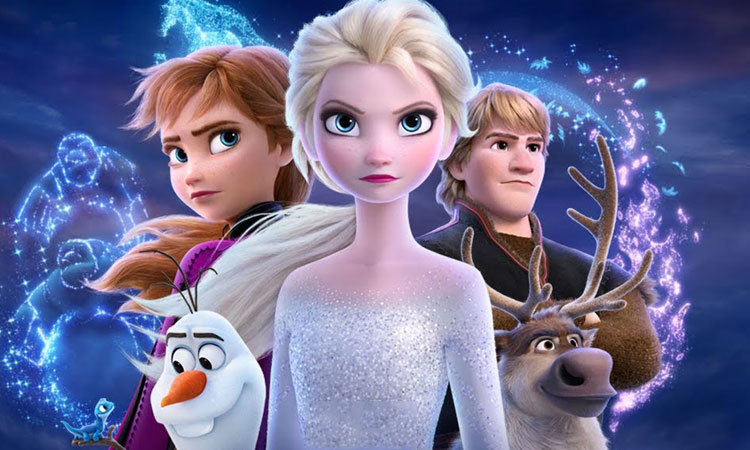 Coming to the voice performances, each of the cast members have risen to the call with pitch perfect notes. Kristen Bell as Anna, Idina Menzel as Elsa, Jonathan Groff as Kristoff, and Josh Gad as Olfa have each done spectacularly well. Unlike the previous film, FROZEN 2 sees Olaf’s character relegated to comedy and we have to say that this helps the film develop a connect with the audience. Here a special mention needs to be made for directors Chris Buck, Jennifer Lee who have done a stellar job in telling what could have been a rather complex and confusing story.

On the whole, FROZEN 2 is certainly worth a watch. Though the film might fall a bit short of the previous one, it is in its own right beautiful, exhilarating and captivating. At the box office, FROZEN 2 that caters mainly to kids might face a slight task with competition from the Bollywood release PAGALPANTI. However, given the fan following the series has developed, expectations are that FROZEN 2 will emerge as a winner.

Irrfan Khan passed away on April 29, 2020, after battling with neuroendocrine tumour for two years. Irrfan has worked as an actor for a little over thirty years on different platforms. After his death, Doordarshan announced the rerun of the actor’s first TV serial, Shrikant. The show was directed by Pravin Nischol and it also […]

PANGA is a progressive and touching sports drama that works thanks to its plot, execution, some fine moments and of course the superlative performance of Kangana Ranaut.

A small track in Priyanka Chopra-starrer MARY KOM [2014] dealt with the protagonist returning back to boxing after motherhood. It gave a nice insight of what women go through when they make a comeback in sports after giving birth and how it’s tough for them not just physically but more so, mentally. Now Ashwiny Iyer […]

The Kartik Aaryan – Sara Ali Khan starrer LOVE AAJ KAL is strictly for the youth and romantic at heart.

11 years ago, Imtiaz Ali, fresh out of the super-success of JAB WE MET [2007], presented his next, LOVE AAJ KAL [2009]. It was a unique film for that time as it focused on not one, but two love stories, set in different eras. Also, lead actor Saif Ali Khan played the lover boy in […]