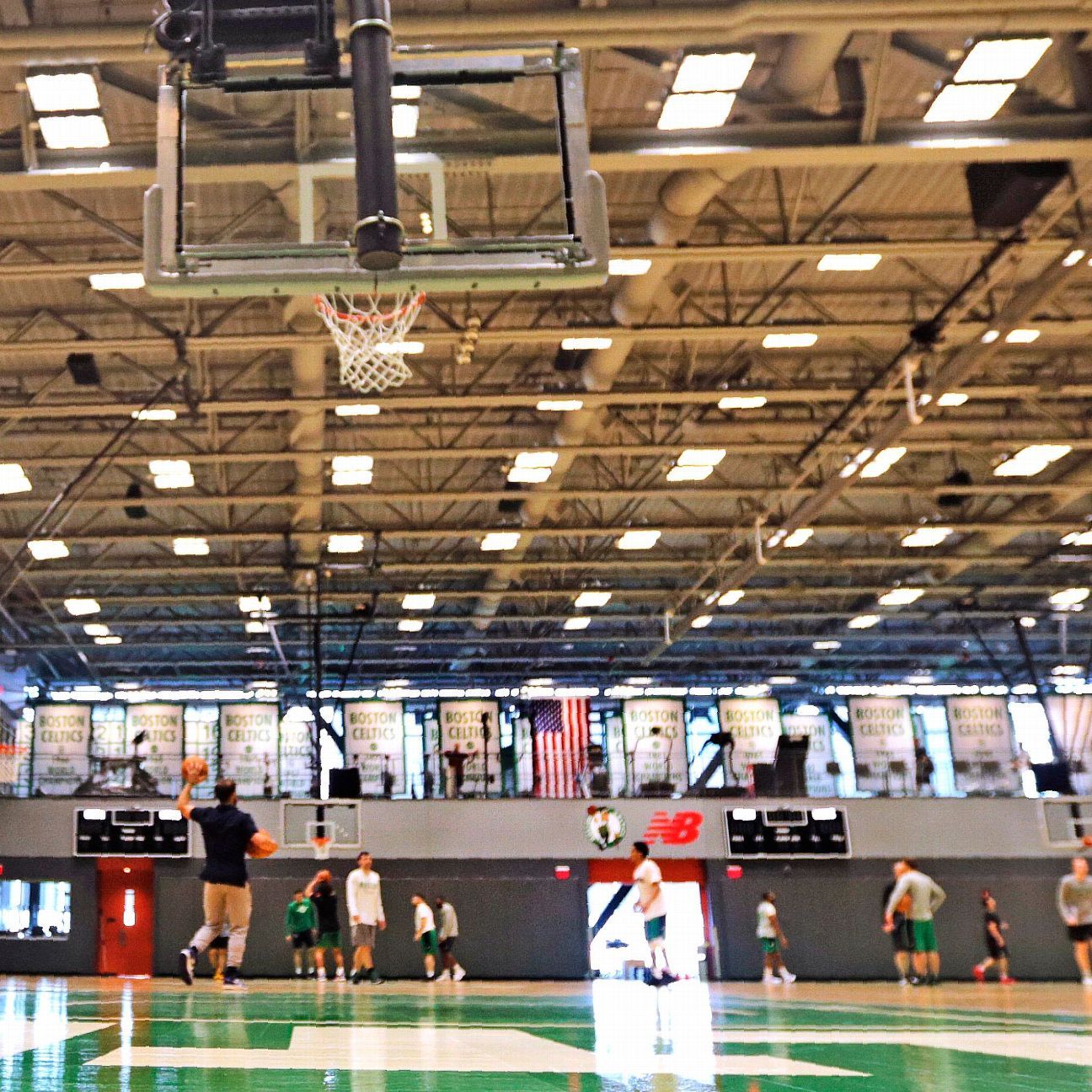 For a time, Las Vegas was the most popular idea for a proposed resumption of the NBA season: a bubble city of teams grinding out the playoffs within a quarantine of connected casino hotels and arenas.

As time has passed, those talking with NBA commissioner Adam Silver find him still needing to be convinced Vegas is the best idea. For some of the league’s most influential veteran star players, that’s a reassuring notion because they’re concerned about some younger teammates struggling with the patience required to properly fortify a bubble environment in Vegas.

From restarting the league to needing to negotiate on numerous financial and competitive issues, Silver has to maintain a strong partnership with the National Basketball Players Association. As much as ever, the owners and players need to find a level of cooperation. They’re tied together on the restarting and reshaping of the sport’s future.

Across the league, an overwhelming majority of high-level officials remain encouraged and optimistic that basketball will return this season. Still, the pathway remains cluttered. If Silver has learned anything about the coronavirus‘ impact on his league, it’s how the pandemic is forcing leaders to probe contingencies on top of contingencies, rethinking everything and reevaluating it all again.

Resistant to assign timetables to the major decisions awaiting the NBA, Silver designated May 1 as the date before which nothing of significance would be decided. Inside and outside the NBA, there’s a restlessness arriving with Friday’s date — and the decisions due sooner than later.

As one GM said of Silver’s challenge in this climate: “It’s hard to lead by consensus in a crisis.”

For now, the NBA is still sorting out possible venues. The MGM Grand has been one of several suitors pitching a plan to host the league — and perhaps the WNBA, too — within three adjacent hotels, sources said. Some are proposing pod ideas spread across different regions. Team practice facilities have been discussed. The possibility of Disney World in Orlando, where there are basketball facilities and hotels, has gained momentum.

Amid the pandemic, sources say, fan-less games could rely on robotic cameras with closer, innovative angles of the action. Television play-by-play and game analysts could call the games from remote locations. Discussions have included teams keeping essential personnel in the range of 30 to 35 — including players — on site.

Silver has repeatedly told teams he remains determined for the season to culminate with a champion. Between now and then, if the league office had any doubts that decision-making would become painstaking and polarizing during these times, this past weekend reminded them of the scrutiny that awaits every decision. The process of simply reopening practice facilities for players to do brief, individual workouts turned into something of a back-and-forth between league and front-office executives.

With facilities closed and access to almost anything but private home gymnasiums forbidden, the NBPA shared with league officials how eager players are to have access to team buildings again. There were fears of player exoduses to unauthorized gymnasiums, as states such as Georgia and Florida reopen.

As the NBA finalized with health agencies and experts on the precautions and processes needed for teams to reopen practice facilities in markets loosening stay-at-home restrictions, officials shared the broad strokes of a plan in a memo to about half the league’s owners on Saturday afternoon. Within a few hours, ESPN reported the news. Almost immediately, the league office felt blowback from teams. General managers spent Saturday and Sunday on the phone with each other and the league, trying to understand the purpose, the timing, the safety issues — as well as alternatives for teams outside of those selected markets.

By Monday, following further conversations with teams, the NBA had pushed the date to May 8 and furnished teams with a 16-page memo on procedures required to bring back players into facilities.

Silver has publicly and privately insisted he couldn’t abide his league gobbling up tests to resume a basketball season if the general public and medical professionals are without mass access to tests. Once the NBA shared its guidelines with teams on protocols for bringing players into the facility for workouts, it prohibited the use of tests on players unless they were showing Covid-19 symptoms, sources said.

From the reopening to the end of a resumed season, the NBA has an expectation that it will need in the neighborhood of 15,000 tests, sources said. Several manufacturers can assure the NBA those tests, but they can’t guarantee the American public will have its needs met.

Of course, money will matter, too. The NBA will cobble the financial wherewithal to get through a truncated resumption of a season — or a full cancellation. The return of players’ salaries for any canceled games under the force majeure clause in the CBA will soften financial losses for owners. The revenue of national broadcasting contracts will still find ways to teams — with the future caveats of make-goods for networks to recoup the lost inventory of games and sponsorships.

The NBA expanded its credit facility an additional $650 million up to $1.2 billion to protect cash flow, and it could do so again, sources said.

Silver’s challenge isn’t only saving the season but also limiting the damage financially for years to come. He has more consequential choices coming than the geography of completing what’s left of a compromised 2019-2020 season, including next season’s calendar.

The NBA announced that due to the ongoing coronavirus pandemic, the 2019-20 season would be suspended effective March 12.

There’s support for a 2020-2021 season that would start in December and extend through late July or August, sources said. Silver has been preparing teams for the possibility of a delayed start to next season, which would potentially address the league’s longer-range concerns, whether this season is completed or not.

The further the NBA pushes back the start of the season, the better the odds they give themselves on getting fans back into arenas — especially amid the CDC’s projections of a second wave of the virus. Fears of packed arenas — or even socially distanced space in stands — will linger without a vaccine or treatments, especially in the hardest-hit regions of North America.

Until then, the NBA’s internal conversation is revolving around committees upon committees: ownership finance committees, TV/media committees and the traditionally influential competition committee that includes owners, GMs and coaches.

Terms expire, members move on, but the crisis nudged the NBA to make a notable decision with the competition committee to recall the brainpower and credibility of two members whose tenures had recently lapsed — San Antonio Spurs CEO R.C. Buford and Toronto Raptors president Masai Ujiri.

That group has become an advisory panel on return-to-play planning, so, for instance, when member Brad Stevens creates a detailed timetable for restarting training camps, it becomes an idea to be shared, dissected and discussed. There are no shortages of ideas in the NBA community; solutions are a different matter.

As much as ever, Silver’s mandate is gathering everything and distilling it down into decisions. It has been nearly two months since the suspension of play and urgency is growing on the NBA’s plan of action. The calendar’s turning to May, and, sooner than later, the hard choices are coming for the commissioner.

LSU added former Harvard offensive lineman Liam Shanahan to its football team on Tuesday. Coach Ed Orgeron announced the addition of the All-Ivy selection less than a week after he saw three of his former starting offensive lineman — Lloyd Cushenberry, Damien Lewis and Saahdiq Charles — selected in the NFL draft. Shanahan, 6-foot-5 and […]

11:23 AM ET Turron DavenportESPN Close Covered Eagles for USA Today Covered the Ravens for Baltimore Times Played college football at Cheyney University NASHVILLE, Tenn. — The Tennessee Titans declined to pick up the fifth-year option for wide receiver Corey Davis, sources confirmed to ESPN on Friday. The fifth-year option would have carried a $15.68 […]

North Carolina Gov. Roy Cooper said that he expects one of NASCAR’s crown jewel events, the Coca-Cola 600 at Charlotte Motor Speedway, to take place during its traditional Sunday of Memorial Day weekend date “unless health conditions go down.” Cooper made the comments on Tuesday afternoon during his daily media briefing on the coronavirus pandemic. […]