SEATTLE — The most expensive item on the offseason to-do list for the Seattle Seahawks, general manager John Schneider and contract negotiator Matt Thomas is one they didn’t cross off last year.

The Seahawks could have given safety Jamal Adams an extension when they acquired him in a blockbuster trade in July but didn’t want to do so without first knowing how Adams would fit and how much the NFL’s salary cap would drop.

Adams was what the Seahawks hoped he would be — a pass-rushing weapon, in-the-box playmaker and energizer.

He was also what they feared he would be — someone who at times struggles in coverage. He played hurt the entire year, suffering injuries to his elbow, groin, hand and both shoulders, which didn’t help. The groin injury sidelined him for four games. He needed surgeries in January for a torn labrum he suffered in Week 17 as well as two broken fingers. 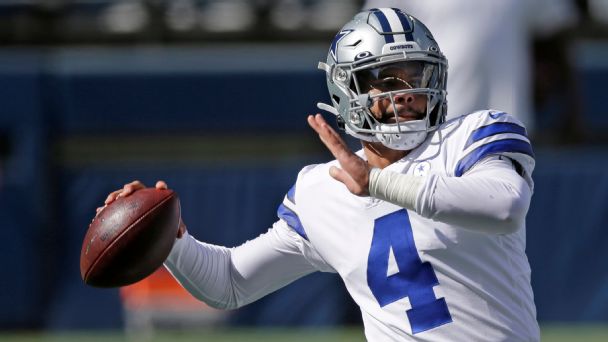 • Franchise tag candidates and predictions
• It’s tough breaking up with franchise QB
• Chiefs’ D gets blame for SB pass-rush disparity
• Which QB domino is the next to fall?
• Adams extension leads Seahawks’ questions

Adams set the NFL record for a defensive back with 9.5 sacks in 12 regular-season games en route to his third Pro Bowl. His 30 pressures were 14 more than any other defensive back, per ESPN Stats & Information research. He led the Seahawks with 14 tackles for loss and did not have an interception, keeping his career total at two over four seasons.

“Jamal had an incredible role this season,” coach Pete Carroll said after Seattle’s wild-card loss to the Los Angeles Rams. “The juice that he brought, the competitiveness, the attitude of toughness, you just couldn’t miss him. He was banged up a good part of the season. … His toughness is just undeniably there.”

ESPN’s Rich Cimini reported last offseason Adams was looking to become the league’s highest-paid safety. That distinction belongs to the Cardinals‘ Budda Baker at $14.75 million per year. Negotiations could be tricky if Adams insists on being paid more like a pass-rusher than a safety, but there’s optimism a deal will get done this offseason.

The Seahawks typically wait until after the draft to do extensions with players under contract, though there’s no specific timetable on when they’ll try to get one done with Adams.

“That’s something that is out of my hands right now,” Adams said at the end of the season. “I sure pray that I am here. I love being a Seattle Seahawk. I love being a part of this organization. It’s a special one with special people with special guys around, and young ladies as well. So when that time comes, it comes.”

Here’s what else you need to know about Seattle’s offseason with free agency approaching:

In addition to the Adams trade, another all-in-for-2020 decision was delaying extensions for cornerback Shaquill Griffin and running back Chris Carson. That allowed them to add players with those cap dollars.

That means Griffin and Carson will headline Seattle’s free-agent class along with linebacker K.J. Wright, the longest-tenured Seahawk.

Defensive tackle Poona Ford is Seattle’s only restricted free agent who is likely to be tendered.

March 9: The deadline to designate franchise or transition players. Griffin seems like their most realistic candidate. Over The Cap projects the franchise tag for cornerbacks to be $15.266 million, which is likely less than what Griffin is seeking. If the Seahawks thought there would be a big market for the 25-year-old Pro Bowler, would they consider tagging and trading Griffin as they did with Frank Clark two years ago? The tag window opens Tuesday.

March 15: The negotiating window opens, allowing agents and teams to begin discussing deals that can become official when free agency begins two days later. Don’t expect the Seahawks to take part in the early wave of big-money signings. They usually don’t and probably won’t given their financial constraints and expectation more good players will become available in June than usual with the lowered cap forcing teams to shed salaries. The Seahawks will be patient and save some of their spending for the summer.

March 21: Defensive end Carlos Dunlap would earn a $3 million bonus if he remains on Seattle’s roster by this date. That’s part of a $14.1 million cap charge in the final year of his contract. As good as Dunlap was after arriving in a midseason trade, the Seahawks may deem that number prohibitive. They would save that entire amount by cutting him before March 21, which seems likely. They could then try to re-sign him for cheaper.

Pretty slim. The Adams trade leaves the Seahawks without picks in the first and third rounds. They gave up their sixth-rounder to move up in last year’s draft for Stephen Sullivan, who’s no longer with the team. They had an extra seventh-rounder from the Quandre Diggs trade in 2019 but gave that up last year for Dunlap.

The Seahawks aren’t projected to receive compensatory picks, so they’ll have four in all: a second, fourth, fifth and seventh. They’ve never taken fewer than eight players in 11 drafts under Schneider and Carroll, so think of four as a starting point.

Also pretty slim. Over The Cap and the Roster Management System have the Seahawks at around $4.4 million to $7.8 million below the salary cap, based on an estimated cap of $180.5 million. OTC’s accounting puts Seattle 18th in the NFL in cap space, with 13 teams currently in the red.

But remember, the Seahawks would free up $14.1 million by cutting Dunlap. They could create more space by restructuring Bobby Wagner‘s contract, though they would be less inclined to do that with Russell Wilson‘s because of the negative cap ramifications down the road.

The NFL has not set its 2021 salary cap but recently told teams it will be no lower than $180 million.

Philadelphia Eagles coach Doug Pederson hesitated last week when asked whether quarterback Carson Wentz would start Monday’s game against the Seattle Seahawks (8:15 p.m. ET, ESPN). He offered a couple hedges during a back-and-forth with the media before finally saying Wentz would remain under center. You’re not making that move, right Doug, to a different […]

8:00 AM ET MLB InsidersESPN Just as you might have thought the 2020 MLB playoffs were going to give you two short League Championship Series, we’ve seen two teams claw their way back, the Astros forcing a Game 7 after being down 3-0 to the Rays in the ALCS, and the Dodgers hammering their way […]

Frankie Edgar called Clint Wattenberg in late June with some questions. It was about two weeks before Edgar’s scheduled bantamweight debut. In more than a decade with the UFC, the former lightweight champion had never really cut weight before. He never needed to. Unlike most high-level MMA fighters, Edgar always walked around at or near […]