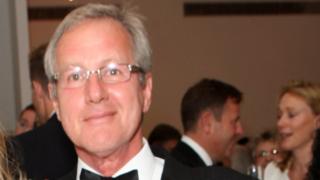 An ex-Labour peer has been warned he faces a “severe sanction” if he does not change his behaviour after a number of harassment complaints.

Lord Stone of Blackheath was ordered to undergo “behaviour change coaching” after four women had complaints against him upheld in October last year.

Two more women came forward with complaints – relating to incidents in June last year – after a report into his conduct was published.

These have now been upheld too.

The peer, a former managing director of Marks and Spencer, has been told to take part in further behavioural training.

“We have also made clear that if Lord Stone were to commit further similar breaches of the code in the future, the committee would be inclined to apply a much more severe sanction,” the Lord Conduct Committee said in a statement.

In October last year, Lord Stone was suspended by the Labour Party after Lords Conduct Commissioner Lucy Scott-Moncrieff published a report into his conduct.

In one incident, Lord Stone was reported to have grabbed a woman’s arm while they were alone in a stairwell, and told her “although it may be sexist to say so, you really do look beautiful”.

The women told the committee the encounter had left her feeling “anxious, uncomfortable and shocked”.

In his defence statement, Lord Stone said “he considered it to be polite, friendly and warm to compliment people on their appearance”.

Another woman described how Lord Stone had stroked her arm “for five to ten seconds” to thank her for carrying out a routine piece of work and how she had later rearranged her office furniture to prevent anyone getting as close to her desk as Lord Stone did.

Lord Stone said he could not remember the arm stroking incident but claimed that such behaviour was benign because “it was an expression and recognition of the inter-relatedness of all humanity”.

In another incident, Lord Stone was accused of making transphobic comments after signing a pledge against homophobic, biphobic or transphobic behaviour, at a stall in Parliament.

The two complainants said he returned to their stall later with a guest and loudly told them: “He wants to sign, where does he sign … He wants the operation, is this where he signs up for the trans operation, he wants to be trans.”

In his defence, Lord Stone said he considered those who were offended by his joke to be “not as enlightened as I am about the equality of gay, lesbian, trans or whatever else”.

He then “volunteered another example of his sense of equality”, the committee said, which involved the repeated use of a racial slur.

Ms Scott-Moncrieff found he had breached the parliamentary behaviour code by harassing complainants in relation to the protected characteristics of age, sex and gender reassignment.

In the latest report on his conduct, one woman told how Lord Stone had twice touched her arm inappropriately at an event in June last year – before the first report into his conduct was published.

She added that he had also made comments “about her wearing of religious clothing and about other women’s modes of dress,” which had left her feeling “very angry” and “extremely uncomfortable” to be around Lord Stone in future.

Lord Stone said he was “very sorry my comments have been giving offence to people” but he had been trying to make a point about how the Clerk of Parliaments had spoken to him about being too “tactile” with members of staff.

He was found to have breached the code of conduct relating to harassment associated with the protected characteristics of age, sex and religion.

In the second incident, a young woman complained that Lord Stone had behaved in an “over-familiar manner” and “made comments about her physical appearance” while giving her a tour of Parliament.

Lord Stone said any connotations of inappropriate behaviour “seem to me be the product of her imagination”.

But he accepted that she had felt uncomfortable and he had since taken action through behavioural change training to ensure “these sorts of situations would not arise again”.

He was found to have breached the rules on harassment associated with the protected characteristics of age and sex and ordered to take further behavioural training.

Image copyright Stephen Davison/PSNI/PA The Northern Ireland Executive says it will “consider its plan for a phased, strategic approach to recovery” at a meeting on Monday. A statement from First Minister Arlene Foster and Deputy First Minister Michelle O’Neill was issued on Sunday night. Politicians in NI had emphasised the “stay at home message” ahead […]

Pubs reopening: 'We're not out of the woods yet'

Boris Johnson on 2m rule: ‘On social distancing…watch this space’

The government will “bring forward proposals” on how to safely reduce the 2m social distancing rule in England this week, health secretary Matt Hancock has said. Boris Johnson has said that the government is “sticking to the roadmap” and there would be next steps set out soon. Source link 60 SHARES Share on Facebook Tweet […]