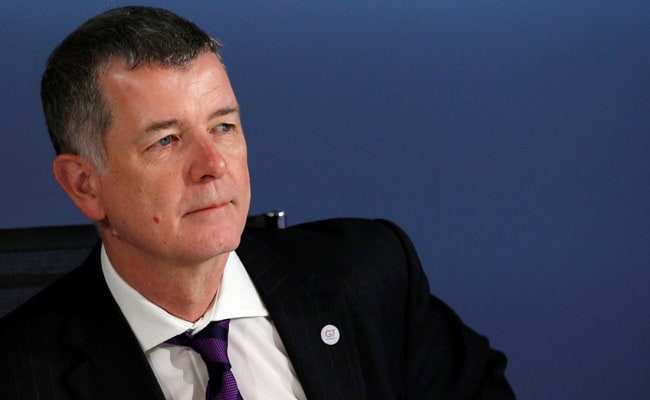 I am pleased and honoured to be asked to return to lead my Service: Richard Moore

Britain on Wednesday named its former ambassador to Turkey as the new director of the MI6 Secret Intelligence Service.

Moore, a fluent Turkish speaker, has served as the political director of the Foreign Office, deputy national security adviser, and ambassador to Ankara from 2014 to 2017.

Prior to becoming a diplomat, Moore worked for MI6 “where he undertook a range of roles across the Service both in the UK and overseas,” according to his official profile.

“I am pleased and honoured to be asked to return to lead my Service,” Moore said in a statement.

Younger identified cyber-security as a top priority for Britain during his term, describing the internet as “an existential threat” to intelligence work in a rare public address in 2016.

He has also raised concern about the safety of China’s private telecoms giant Huawei, which Britain this month decided to phase out of its 5G network.

Moore’s brief official biography says he was born in Libya and is married with two children.

“Outside of work, Richard’s interests include playing golf and watching cricket and rugby,” says the biography.

It does not give his age.

File image of the Facebook logo. (Photo: Reuters) Facebook said that from 2014 to 2020, US Black representation as a percentage of its workforce in non-technical roles grew from 2 per cent to almost 9 per cent. IANS San Francisco Last Updated: July 15, 2020, 11:09 PM IST Facing criticism over its inaction […]

Want to get The Morning by email? Here’s the sign-up. Good morning. California is rolling back its reopening. Millions of Americans have lost health coverage. And Joe Biden talks about the possibility of sweeping change. Joe Biden doesn’t seem like an obvious candidate to be a transformational president. He is not a great public speaker, […]

E.U. agrees on a groundbreaking stimulus package After days of intense talks in Brussels, European Union leaders on Tuesday stepped up to confront one of the gravest challenges in the bloc’s history, agreeing on a 750 billion euro spending package to rescue their economies from the ravages of the pandemic. The deal, spearheaded by Chancellor […]