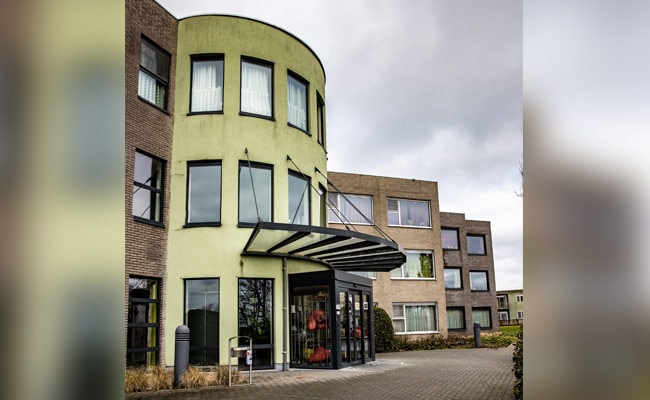 More than 100 people have been infected with the UK strain of the coronavirus at a Belgian retirement home, its director told AFP on Sunday.

A total of 111 people have been confirmed as infected, including 39 staff members. The cluster represents two-thirds of the home’s residents.

The Belga news agency initially reported that another eight people had been infected at a home for people with disabilities in the same area, but it later clarified that it was not yet known if they had the UK variant.

Belgium has suffered one of the world’s worst per capita death rates from the coronavirus, with nursing homes representing more than half of overall deaths from the disease, according to the Public Health Institute.

Mayor Joris Hindryckx said the outbreak in Houthulst had prompted a halt to “all social and sporting activities” in the town of around 10,000 people.

The source of the contamination is unknown, but the mayor said the infection must have been “indirect” as none of those testing positive at the retirement home was known to have travelled to Britain.

The British variant is believed to be more infectious than previous strains of Covid-19.

Mayor Hindryckx said those infected must quarantine for 10 days instead of the usual seven.

But an epidemiologist urged a “full lockdown” in Houthulst and called for all inhabitants to be tested.

Writing in the daily Le Soir, Yves Coppieters said: “We have the foundations of a third wave of contaminations.”

He also told Belgian TV channel La Une that “if there is already a cluster of this intensity, there are sure to be others”.

Without blanket testing, “we won’t succeed against a variant that is a lot more contagious,” he warned.

On Friday, Yves Van Laethem, spokesman for Belgium’s health authorities, said there were already several dozen cases of both the British and the South African strains of the coronavirus in the country, adding that “other strains could emerge”.

He noted that the Pfizer vaccine, the one most widely used in Belgium, is effective against the two variant strains.

Residents of the Houthulst retirement home were set to be vaccinated against Covid-19 this week, but the programme was postponed because of the large number of Covid patients, Hindryckx said.

The elderly are the priority target in the vaccination campaign, which according to official figures had reached 17.26 percent of retirement home residents and staff by January 13 with the first dose of the vaccine, which is to be followed up by a second dose.

Belgian authorities said Saturday that a delay in deliveries of Pfizer-BioNTech vaccine doses would not affect the vaccination of this segment of the population.

Earlier, Julian Assange was denied extradition to the US on health grounds. (File) London: WikiLeaks founder Julian Assange will have to remain in custody in Britain, pending a US appeal of the decision to block his extradition to face charges for leaking secret documents, a judge in London ruled Wednesday. Judge Vanessa Baraitser told Westminster […]

Aseru: Hours before she was shot dead on the outskirts of the capital, Lesotho’s former first lady, Lipolelo Thabane, made a surprising decision. According to both a close friend and a well-connected businessman, she agreed to divorce her husband, Prime Minister Thomas Thabane, after years of refusing to make way for her rival. With the […]

The headquarters of the World Health Organization (WHO) are pictured during the World Health Assembly (WHA) following the outbreak of the coronavirus disease (COVID-19) in Geneva, Switzerland, May 18, 2020. (Image: REUTERS) Mike Ryan, WHO’s top emergency expert, said that the Swiss cantons of Geneva, where the U.N. health agency is based, and the adjoining […]