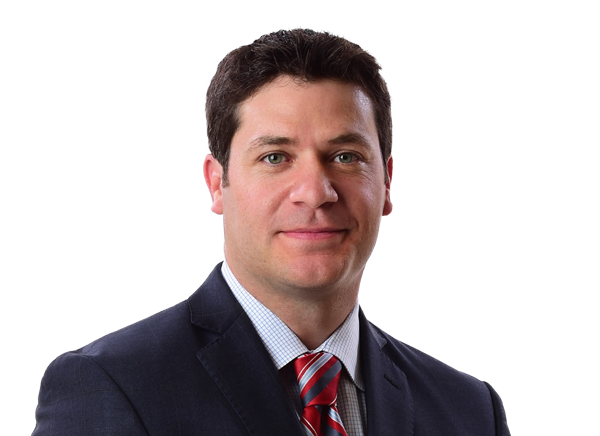 A few Las Vegas bettors uncovered a scenario last weekend that raises questions about opportunity versus ethics. They exploited a mistake by BetMGM and wagered on baseball games that had already started, thus giving them an incredibly strong chance to win tens of thousands of dollars.

The errors could cost the operator nearly a quarter-million dollars due to approximately 50 questionable wagers, including a 10-leg parlay netting $137,000, a source told ESPN. However, Nevada Gaming has opened an investigation and could deem the wagers invalid, saving the sportsbook from paying all remaining tickets.

It is unknown exactly how many bettors were involved or were able to successfully cash tickets before casino officials realized the errors Sunday afternoon and stopped payments.

Nearly all suspicious wagers occurred at Bellagio sportsbook self-bet kiosks between 1:30 a.m. and 3 a.m. PST this past Sunday morning, according to a source, and all involved baseball games in Korea and China. The games actually began at 1 a.m and 2 a.m. but the BetMGM software posted incorrect start times due to manual entry error. That enabled the software to accept wagers well after the games started.

All four KBO games involved in the wagers began at 1 a.m. and ended just before 4 a.m.

For example, many tickets contained the NC Dinos -110 and under 9 total runs in their game against the Doosan Bears televised on ESPN. The Dinos broke a scoreless tie in the fifth inning with a three-run homer at 2:28 a.m. and ultimately won 5-0. A wager on those two positions at any point in the late innings would have a strong likelihood of cashing.

The tickets also contained a wager of over 9.5 between KT Wiz Suwon and Hanwha Eagles. Suwon opened the game with five runs in the first inning and Hanwha countered with two in the second inning. A bet over 9.5 at that juncture would have a huge advantage and it ultimately hit in the seventh inning. Suwon won 8-4.

Only one game was selected from the Chinese Professional Baseball League. The Rakuten Monkeys faced the Uni Lions at 2 a.m. The Lions scored in five of the first six innings to lead 10-2. A wager on Uni +150 was included in the betting and won.

The Twitter handle @AudreyR2d2 posted an image of an eight-leg parlay involving five KBO games that all began at 1 a.m. The ticket has a time stamp of 2:53:37 a.m. That $100 ticket netted $11,156.60. ESPN has not identified the Twitter user but did independently corroborate the ticket’s authenticity.

Elisa Richardson, head of BetMGM Communications and Public Relations, tweeted an internal image of the winning 10-leg parlay for $137,107.38 on Sunday morning. That tweet was deleted a few hours later. That particular wager originated from a player’s betting app and not at the kiosk.

“A trading error was identified this weekend and addressed. We’re working with Nevada Gaming authorities on this matter,” according to a ROAR Digital statement provided directly to ESPN. ROAR manages BetMGM and is the joint partnership between GVC and all MGM properties, including Bellagio. GVC is a sportsbook operator that has partnered with several U.S. casinos.

ESPN also contacted MGM director of race and sports Jeff Stoneback and MGM/Mirage shift manager Scott Shelton for comment. Both have not responded.

According to Regulation 22.115, Nevada Gaming has a “prohibition against rescission of wagers. A book may not unilaterally rescind any wager without the prior written approval of the Chair.” The current chairwoman is Sandra Douglass Morgan, who was appointed in January of 2019 by Nevada Governor Steve Sisolak for a four-year term.

In all likelihood, according to a source, this process would begin with discovery of information and then Gaming Control Board members would discuss the case and ultimately Morgan would rule whether the wagers must be voided or paid.

Given the high volume of betting options and potential of manual error, this type of mistake happens a few times annually at each operator but typically on a much smaller level. Thus it is rarely publicized and often is resolved directly with the consumer. Regardless, Nevada Revised Statutes Section 463.362 mandates all sportsbooks to report any discrepancy over $500.

ESPN spoke with two other Nevada sportsbook executives on the condition of anonymity. Each separately shared that a common protocol is to give the bettor two options. One is to refund the ticket(s) and be allowed to continue as a patron, or they receive the full winnings but are permanently banned from the sportsbook. Since the error usually represents a relatively small amount, the bettor often returns the wager and continues business.

U.S. sportsbooks only began offering wagering on international baseball during the current pandemic and American sports hiatus. The KBO typically starts all weekday games at 2:30 am but weekend games do begin slightly earlier. GVC protocol mandates the start time for each game in all sports be manually entered each day.

Utah Jazz center Rudy Gobert still has trouble smelling after testing positive for the coronavirus in March, he told French newspaper L’Equipe. “The taste has returned, but the smell is still not 100%,” Gobert said in quotes published Wednesday. “I can smell smells, but not from afar. I spoke to specialists, who told me that […]

A 15-year-old European Fortnite player is now $120,000 richer. The teenage pro competitor from Germany, who goes by JannisZ in-game and is representing Wave Esports, entered the final day of the Fortnite Champion Series Invitational Europe regional championship with a 10 point lead. Day 1 was an impressive one for Jannisz, with five top-five finishes. […]