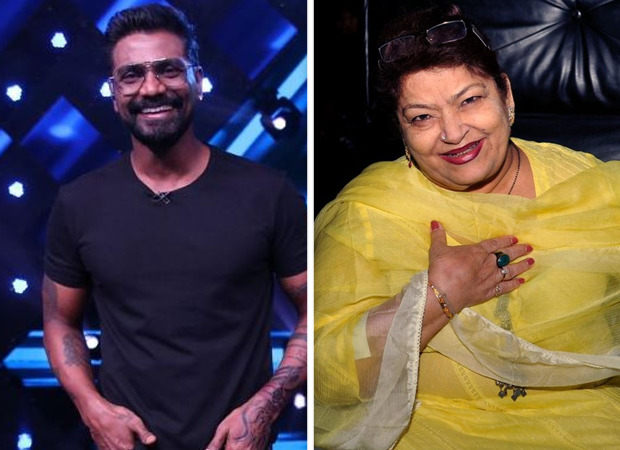 Ace dance choreographer Saroj Khan passed away in July after a cardiac arrest. Now, filmmaker and National award-winning choreographer Remo D’Souza is keen on making a film on the life of the late Saroj Khan. He said that it was the late choreographer’s wish.

Talking to a news agency, Remo said that he had a long conversation with Saroj Khan once when she said that if someone were to make her biopic it would be him as he knows both dance and struggle.

Remo D’Souza said that Saroj Khan has seen him grow from a struggler to a choreographer that he is today, He said that they grew closer in the last few years and is fortunate to have worked with her on her last project which is the song ‘Tabah Ho Gaye’ from the film Kalank which featured Khan’s favourite Madhuri Dixit. Remo had assisted Khan with the technical aspect of the dance.

When Saroj Khan passed away, Remo took to his Instagram handle and shared a series of old pictures with the ace choreographer and penned a heartfelt note remebering her. Take a look:

Pavitra Punia, who was recently evicted from the Bigg Boss 14 house, had resumed shooting for her part on the show Balveer. While the actress had given a tough fight on the show considering the kind of allegations that were put on her, her elimination was not accepted by her fans easily. With the actress […]

Actor Ansel Elgort, known for his movies like The Fault In Our Stars, Divergent franchise, Baby Driver, was accused of sexual assault, this past weekend. The actor has publicly spoken about it and denied the allegations. In a statement released on Sunday, June 22, Ansel Elgort said, “I was distressed to see the social media […]

Kriti Sanon to have a packed slate in 2021 : Bollywood News

From keeping herself busy with the shoot of her next in Chandigarh to spending time with her family back home in lockdown, there’s a lot that’s been keeping Kriti Sanon occupied. The actress already seems to have a packed slate in 2021 with many scripts coming her way. A source close to the actress recently […]