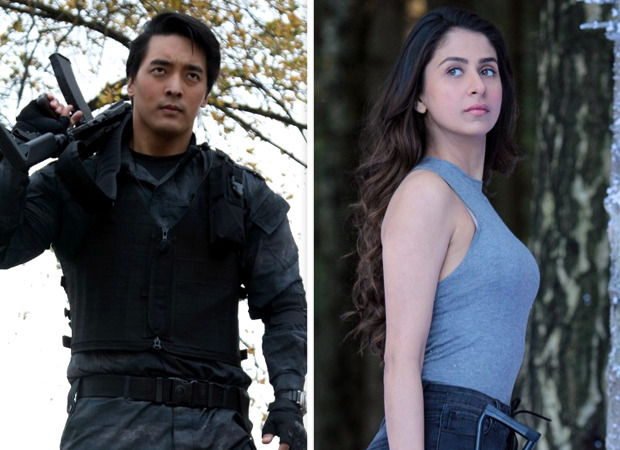 Nilesh Sahay’s directorial debut Squad that marks the acting debut of Rinzing Denzongpa and stars Malvika Raaj, is all set to resume the shoot. Seventy percent of the film was shot in Belarus while the team was supposed to go back in April to shoot the rest of the film. Amidst the current pandemic situation around the globe, many industries were affected, and just as the lockdown was announced in India, several Hindi film shoots were halted too.

After more than three months, as the lockdown has been given some ease, keeping in mind the safety measures, the film industry has started their shoots with precautions. While in Mumbai few TV shoots and post-production of various films and web shows have started, Squad will resume shoot next month in Belarus.

Confirm director Nilesh Sahay, “These are unprecedented times and no one thought we would go through a crisis where each and everyone will get affected. Unfortunately, we couldn’t go back to shoot in April but we are now gearing up to resume shoot with all safety measures and protocols in place we will be one of the first major motion pictures to resume shooting first

The film is touted to be an epic action film boasting of names like stunt coordinator Kier Beck (Mad Max: Fury Road fame) working on the action sequences along with stunt crew from 6 other countries with 400 stuntmen. The film that was supposed to release this summer is eyeing a release in December 2020.

Varun Dhawan has been the face of Fossil watches for quite a long time and the ads have captured him in his quirky and enthusiastic element. Now that the shoots have resumed with utmost precautions, Varun Dhawan has found a new partner in Disha Patani as his co-ambassador for the popular watch brand. Disha Patani […]

The residents of Gujarat are known for their entrepreneurial spirit and in recent times, films like KAI PO CHE [2013], MITRON [2018] etc were partly based on this aspect. Now debutant director Mikhil Musale takes this one step ahead with his Diwali release, MADE IN CHINA, which incidentally also stars KAI PO CHE actor Rajkummar […]

Wajid Khan died of cardiac arrest and had kidney transplant earlier this year, says Sajid Khan and family in a statement : Bollywood News

In a jolt to the music industry and Bollywood, composer Wajid Khan passed away at the age of 42. He already had kidney ailment. While there were reports stating that the music composer had tested positive for coronavirus, his family did not mention it in an official statement. This past weekend, Sajid Khan took to […]