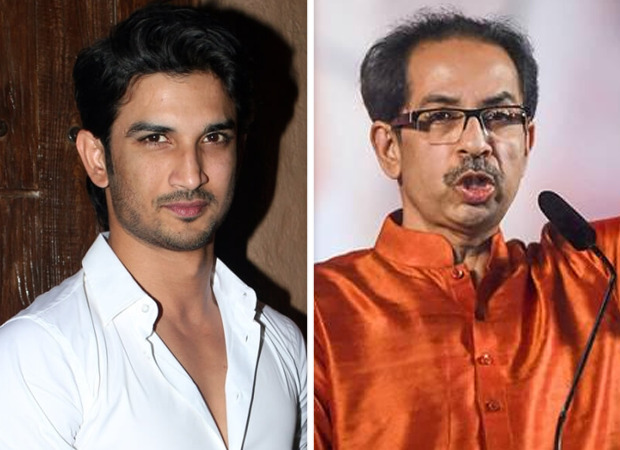 A lot has been happening ever since the untimely demise of Bollywood actor Sushant Singh Rajput. He died by suicide on June 14 in Mumbai. The Mumbai Police has been investigating the matter ever since. However, after the Bihar police started investigating the matter, some took to social media to question the efficiency of the Mumbai Police. On Friday, Maharashtra Chief Minister Uddhav Thackeray spoke up about the same.

In his statement, Thackeray said that he would like to condemn those who are raising questions over the efficiency of the Mumbai Police. He said that the department is not efficient. The Chief Minister also requested to not use the case to create friction between the two states. “If anyone has any proof about the case they can bring it to us and we will interrogate and punish the guilty. However, please don’t use this case as an excuse to create friction between the two states of Maharashtra and Bihar. Anyone who is bringing politics in the case is really the most deplorable thing to do,” he said.

Uddhav Thackeray also lashed out at former Chief Minister Devendra Fadnavis for questioning the credibility of the Mumbai Police. “The opposition can even bring Interpol or followers of Namaste Trump into the inquiry. Devendra Fadnavis should understand that it is the same police whom he has worked with in the last five years. It is the same police that have given so many sacrifices during the fight with Corona,” he added.

The Chief Minister’s statement came after the opposition Minister Devendra Fadnavis urged that the Enforcement Directorate investigate the case.

In lights of suicides within the industry, Juhi Parmar bats for making mental health a priority : Bollywood News

Actress Juhi Parmar embraces a subject which currently needs most attention to, and that is mental health! In a very openly candid must watch video, Juhi speaks about the internal mental battle, which in times like these is definitely a tough place to be in! With the current rise in unfortunate situations like suicides within […]

EXPECTATIONS There are good expectations from the music of Jabariya Jodi. Films with Sidharth Malhotra in the lead have traditionally seen at least one major chartbuster and with ‘Khadke Glassy’ out, you look forward to what more do producer Ekta Kapoor and her team have in store for the actor. Moreover, there are as many […]

While the actor to play the crazily talented singer Baiju in the love story Baiju Bawra is yet to be decided, Sanjay Leela Bhansali who is remaking  the musical classic Baiju Bawra has zeroed in on his second-favourite actress (Aishawarya Rai Bachchan being the first) to play Baiju’s love interest Gauri. The role was originally […]