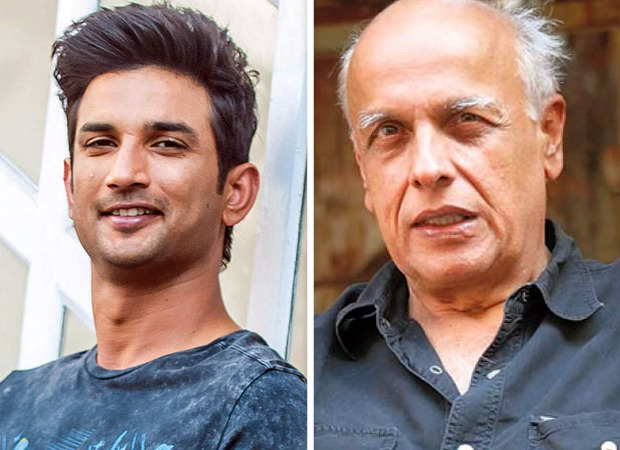 Actor Sushant Singh Rajput’s untimely demise has sent shockwaves across the nation. As the family, friends, and fans mourn the loss of the actor, Mumbai Police is currently investigating his death and what led to the actor taking such a step. This past weekend, it was informed by Maharashtra Home Minister Anil Deshmukh that Mumbai Police summoned filmmaker Mahesh Bhatt, Kangana Ranaut and Dharma Productions’ CEO, Apoorva Mehta, to record their statements. They will summon Karan Johar too if required.

On Monday, July 27, Mahesh Bhatt was seen leaving the Santacruz Police station after his statement was recorded. The veteran filmmaker was accompanied by his staff. He was wearing a face shield. In his statement, Bhatt clarified that the actor was never offered Sadak 2. He said that the film was going to have Sanjay Dutt as the lead since it was a sequel to Sadak which originally starred Dutt.

In fact, Sushant had reportedly shown interest in working with Bhatt and had requested to be a part of Sadak 2. With that being said, Bhatt further revealed that he had only met the actor once in 2018 and in February 2020 at his Bandra apartment. They discussed everything from books, to his Youtube channel and other things. He further clarified that not work-related or professional matter was discussed between the two of them.

Sushant Singh Rajput died of suicide on June 14. The actor was found dead in his apartment in Bandra, Mumbai. Mumbai Police is currently investigating his death. According to Mumbai Police, around 40 statements have been recorded so far.

The John Abraham starrer BATLA HOUSE is a powerful saga with a relevant plot, watertight screenplay, clap-worthy moments and terrific performance the film one of the finest this year.

Films based on or inspired from true incidents always have an edge, especially if made well. A recent classic example being ARTICLE 15, loosely inspired from Badaun rape case and Una flogging incident, and which became a commercial success. Now Nikkhil Advani attempts to unravel the mystery behind the more-than-a-decade-old Batla House encounter in his […]

“If there’s a bio-pic, I will play myself”, says Sonu Sood : Bollywood News

Sonu Sood is all set to chronicle the story of the incredible happenings in his life during the past few months. The yet untitled book to be published by Penguin will give Sonu a chance to re-live his entire experience with migrants who during the lockdown were reached home by Sonu, in buses, on trains and on flights. Says Sonu, […]