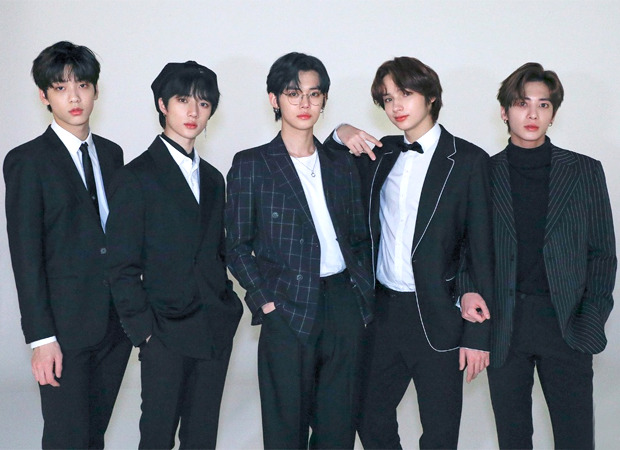 K-pop group Tomorrow X Together aka TXT are set for their first Original Sound Track (OST) ever. The quintet – Soobin, Yeonjun, Beomgyu, Taehyun, and Huening Kai – will be lending their voice for the theme song for Japanese anime Black Clover. Their first Japanese single ‘Everlasting Shine’ will serve as the OST.

This will happen after Tomorrow X Together’s second single release ‘Drama’ on August 19.

Written and illustrated by Yūki Tabata, Black Clover centers around Asta, a young boy seemingly born without any magic power, something that is unknown in the world he lives in. With his fellow mages from the Black Bulls, Asta plans to become the next Wizard King.

Tomorrow X Together, under the label Big Hit Entertainment, closed their album series ‘The Dream Chapter’ with their latest album, ‘Eternity’. The album dropped back in May with title track ‘Can’t You See Me’. This was followed by a B-side music video, ‘PUMA’, and the last music video, ‘Eternally’.

It’s the season of comebacks in the K-pop music industry! K-pop group EXO’s singer Baekhyun has made his comeback with his second mini-album called ‘Delight’ that dropped on May 25, 2020. The fun R&B album received tremendous response. With the title track ‘Candy’, Baekhyun released a music video that has a feel-good yet playfulness to it. According to […]

Actor Sonu Sood who has been at the forefront in helping people during the lockdown said that he would provide financial assistance to over 400 families of the deceased and injured migrant workers who have been affected by the lockdown. The actor got in touch with the authorities of various states including Uttar Pradesh,Bihar, Jharkhand […]

Bollywood actress Bhumi Pednekar, who worked with Sushant Singh Rajput in Son Chiriya last year, is deeply shocked by the sudden demise of her co-star. She recently took to Instagram and called Sushant a ‘supernova’ as she penned an emotional note remembering the times she had spent with Sushant during their shoot in the Chambal […]