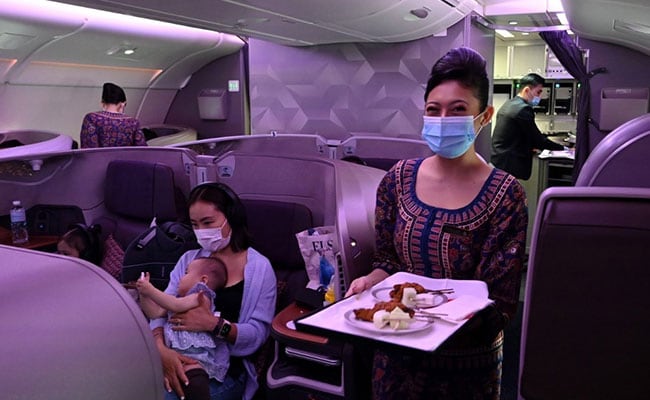 With the aviation industry in deep crisis due to the coronavirus pandemic, airlines have turned to alternative ways to raise cash, from offering “flights to nowhere” to tours of aircraft.

Singapore’s flag carrier, which has cut thousands of jobs and grounded nearly all its planes this year, offered passengers the chance to dine on board two A380 superjumbos — the world’s biggest passenger jet.

On Saturday more than 400 diners checked in at Changi Airport and went through the usual security checks before arriving at the aircraft for lunch.

“The food is pretty amazing, it’s better than the one they serve during the flight,” Zhou Tai Di, a 17-year-old student in economy class, told AFP as he tucked into his soy sauce-glazed chicken with spicy fried eggplant and rice.

Some settled in for a nap while waiting for their meals to be served, while others watched movies on the seat-back entertainment systems.

About half the seats were left empty, in keeping with social-distancing guidelines. 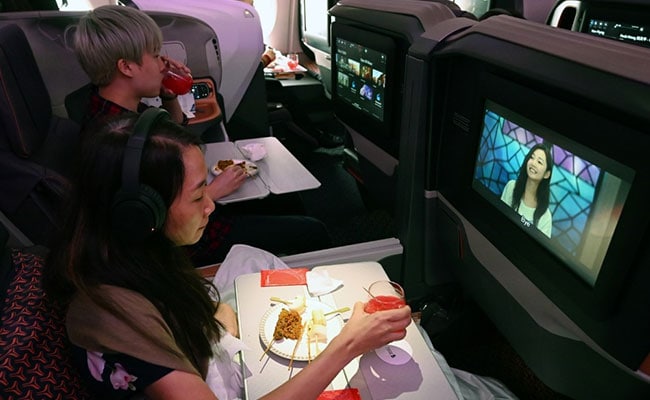 More than 400 diners checked in at Changi Airport to have lunch.

Calvin Teo, a 29-year-old civil servant and aviation buff, paid Sg$321 ($236) to be served a six-course meal in business class, saying he missed flying and hoped to recreate the experience.

“Of course the feeling of actually flying will be better, because there’s the excitement of going to a new destination, to explore a new destination, and even though we can’t do it now due to Covid, this is a good substitute for now, to recreate the feels of taking a long-haul flight,” he told AFP.

The most expensive option is a Sg$642 eight-course meal in a first-class suite, while the cheapest costs Sg$53 and consists of a three-course meal in economy class.

A limited number of diners were also able to tour the double-decker aircraft and take selfies with pilots in the cockpit.

The airline is also offering home deliveries of plane meals, but it has ditched plans for “flights to nowhere” — short journeys starting and ending at the same airport — following an outcry over the potential environmental impact.

Stabbing at U.K. Park Is Declared a ‘Terrorist Incident’

LONDON — A stabbing attack at a park in southern England that left three people dead on Saturday is being investigated as a “terrorist incident,” police officials said Sunday. The attack happened around 7 p.m. at Forbury Gardens in the town of Reading, the Thames Valley Police said. A Black Lives Matter protest had been […]

“Every case was a news event then,” Mr. Smith said. In those early days, Mr. Smith or a team member would note an infected person’s age, gender and condition, in addition to a few other details, and add them to the sheet. A map on the Times website, built by the Graphics desk, pulled data […]

One killed, 12 injured in bomb blast in market in Pakistan

Pakistani investigators examine at the site of Friday’s bomb explosion in Rawalpindi, Pakistan, Saturday, June…Read More ISLAMABAD: A powerful bomb blast has ripped through a crowded market in Pakistan’s garrison city of Rawalpindi, killing one person and injuring 12 others including three children. The blast, triggered through an improvised explosive device containing 2-3 kgs of […]