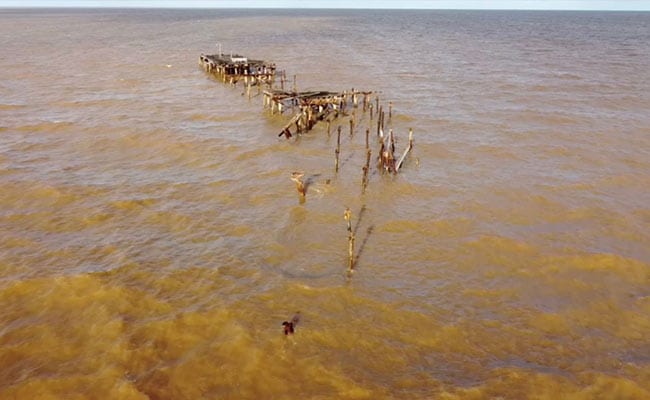 A tropical cyclone on Australia’s west coast destroyed several homes and cut electricity to tens of thousands of people overnight before weakening on Monday morning.

Officials said around 70% of the structures in the coastal town of Kalbarri, about 500 kilometres (310 miles) north of state capital Perth, had sustained damage when the category three storm made landfall late on Sunday.

Around 40% of the damage was “major”, WA Emergency Services Commissioner Darren Klemm said.

No deaths or major injuries have been reported.

A recovery effort is now underway as the biggest threat has passed, McGowan said. There are 31,500 customers still without power supply, which he said could take days to restore.

Tropical cyclone Seroja was downgraded after making landfall to a category two system and was later downgraded further to a tropical low, but bringing heavy rain and strong winds.

The region was on high alert for the storm, given that houses and other buildings were not built to withstand tropical cyclones, which usually do not push so far south.

“This is a rare weather event for people in southern and eastern parts of WA,” the Bureau of Meteorology said.

SYDNEY: Early testing of a potential COVID-19 vaccine developed by an Australian university and CSL Ltd has shown it to be safe and produce an antibody response, Minister for Health Greg Hunt said on Friday. Pharmaceutical companies are racing to develop effective treatments for the disease amid a surge in COVID-19 cases that has killed […]

SYDNEY: Australia on Friday reported its first fatality from blood clots in a recipient of AstraZeneca‘s Covid-19 shot, and its regulator said there was a likely link between the 48-year-old woman’s death and the vaccine. Hers was the third instance of the rare blood clots appearing in people who have been administered the vaccine in […]

Trump or Biden: Pakistan looks forward to work with whoever wins US presidential election

ISLAMABAD: Pakistan’s foreign office said it is looking forward to work with whoever — whether it is former Vice President Joe Biden or incumbent President Donald Trump — wins the US Presidential Election. “Pakistan looks forward to working with anyone who wins today,” Foreign Office spokesperson Zahid Chaudhri told Arab News on Tuesday and added […]