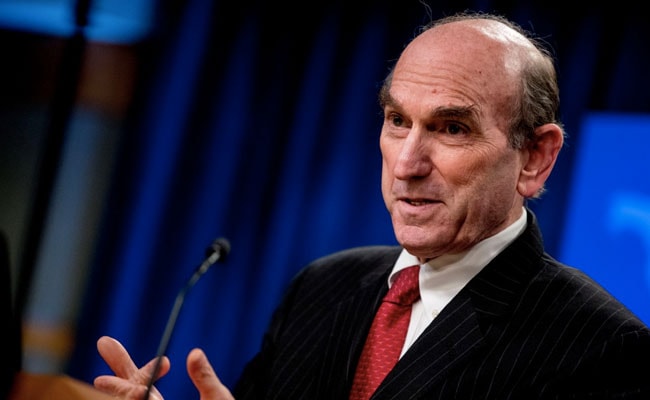 The Trump administration plans to tighten sanctions on Tehran during its final months in power, the top US envoy on Iran said on Wednesday, as he urged President-elect Joe Biden to use the leverage to press for a deal that reduces the regional and nuclear threats posed by the Islamic republic.

Biden, set to take office on January 20, has said he will return the United States to the Obama-era deal if Iran resumes compliance.

US ambassador to Lebanon Dorothy Shea said the United States could impose further sanctions on Lebanese figures over corruption and aiding the Iran-backed Hezbollah group after Washington in recent months blacklisted three former Lebanese government ministers, including the president’s son-in-law.

“There are files that are in preparation under authorities that have to do with counter-terrorism and … against corruption,” Shea told the event.

Abrams said he expects a negotiation to take place with Iran next year and that he believes a deal will be struck under the Biden administration.

“We think the Biden administration has a great opportunity because there is so much leverage on Iran through the sanctions,” Abrams said, adding he sees an opportunity to work with France, Germany and the United Kingdom, as well as allies in the region, to strike a deal that addresses both missile and regional threats from Iran.

“If we discard the leverage we have, it would really be tragic and foolish. But if we use it there is a chance I think for constructive agreement that addresses all of these problems,” he added.

He said it would be wrong to assume the new administration could reverse Iran policy like switching a light, and said negotiations would take many months.

Iran’s clerical rulers have ruled out negotiations over its missile program or changing its regional policy. Instead it wants a change in US policy, including the lifting of sanctions.

Jordan, once a model of virus control, is now a hot spot.

Jordan, which was commended worldwide for its early efforts to counter the pandemic, has now become one of the hardest-hit countries in the region, along with Lebanon and Iran. The country has averaged more than 5,000 coronavirus cases a day in the past two weeks, according to a New York Times database. On Wednesday, Jordan […]

Midwestern voters say they feared the virus, but some worried more about the economy.

When Americans voted in this presidential election, they made it clear that of all the crucial issues facing the country, the coronavirus pandemic towered over the rest. They remained diametrically opposed, however, on how the pandemic reflected on President Trump. In the Midwest — states that were battlegrounds in the presidential race and where the […]

ST. CHARLES, Mo.: With bars and nightclubs limiting capacity and closing early in the St. Louis area due to the coronavirus pandemic, neighboring establishments in St. Charles are seeing so many large and unruly crowds that the city is taking a cue from the 1984 movie Footloose and banning dancing. City leaders met Wednesday with […]