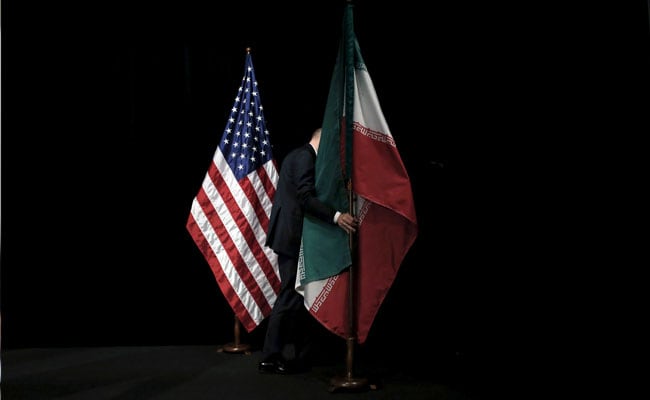 US President Joe Biden’s administration on Thursday offered talks with Iran led by European allies and reversed two largely symbolic steps against Tehran imposed by Donald Trump, as it sought to salvage a nuclear deal on the brink of collapse.

Three days before Iran’s deadline to restrict some access to UN nuclear inspectors without an end to Trump’s sanctions, new US Secretary of State Antony Blinken warned jointly with European powers that the move would be “dangerous.”

“The United States would accept an invitation from the European Union High Representative to attend a meeting of the P5+1 and Iran to discuss a diplomatic way forward on Iran’s nuclear program,” State Department spokesman Ned Price said.

The P5 — Security Council powers Britain, China, France, Russia and the United States — plus Germany sealed the 2015 deal brokered by then president Barack Obama under which Iran drastically scaled back its nuclear program in exchange for promises of economic relief.

Former president Trump withdrew from the deal in 2018 and imposed sweeping sanctions, aiming to bring Iran to its knees.

It remains to be seen if Iran will also be willing to sit down with the United States. It has demanded an end to Trump’s sanctions before reversing protest measures it took away from full compliance.

A senior US official said the Biden administration was showing good faith and saw a meeting as the start of a “prolonged path” to restoring and building on the nuclear accord.

If Iran declines to meet, “I think it would be both unfortunate and at odds with their stated view that they want to come back if you come back.

“That’s not going to happen simply by one side telling the other one what to do,” the official said on condition of anonymity.

Biden has insisted he will not remove Trump’s sanctions until Iran returns to compliance — but the administration Thursday undid two symbolic steps by the last administration.

In a letter to the United Nations, the United States said it no longer believed that the world body had “snapped back” sanctions on Iran.

Blinken’s predecessor Mike Pompeo last year argued that the United States was still a “participant” in the Security Council resolution that blessed the nuclear deal — despite withdrawing later — and therefore could reimpose sanctions.

The argument had been dismissed by the United Nations and close US allies at the time.

“When we’re outvoted 14 to one, it’s very hard for us to work effectively in the Security Council,” another US official said as he explained Biden’s reversal.

“This gets us back into a position where we can work within that framework and work with our closest allies, in particular on addressing our concerns with Iran.”

The Biden administration also reversed draconian curbs on Iranian diplomats in New York who were barred from all but a few blocks around the United Nations and their mission.

Iranian diplomats will now be treated like those from other nations with poor relations with the United States, such as North Korea, with a requirement to seek permission if they travel beyond a 25-mile (40-kilometer) radius from Midtown Manhattan.

Under the terms of a bill adopted in December by the parliament, Iran will restrict some inspections by the International Atomic Energy Agency if the United States does not lift its sanctions imposed since 2018 by Sunday.

IAEA chief Rafael Grossi is to travel to Tehran on Saturday for talks with the Iranian authorities to find a solution.

A joint statement by the four foreign ministers after the virtual meeting convened by France urged “Iran to consider the consequences of such grave action, particularly at this time of renewed diplomatic opportunity.”

The powers also expressed their concerns over Iran’s recent actions to produce both uranium enriched up to 20 percent and uranium metal.

“These activities have no credible civil justification,” the statement said.

German Foreign Minister Heiko Maas said earlier that Iran’s recent steps were endangering the prospect of the US returning to the deal, warning that Tehran was “playing with fire.”

Iranian Foreign Minister Mohammad Javad Zarif was unimpressed by the joint statement, tweeting: “Instead of sophistry and putting onus on Iran, E3/EU must abide by own commitments and demand an end to Trump’s legacy of economic terrorism against Iran.”

The United States and Iran have had no diplomatic relations for four decades but they began frequent contact to negotiate the 2015 nuclear deal.

The nuclear accord was adamantly opposed by Iran’s regional rivals Israel and Saudi Arabia, which both enjoyed tight partnerships with Trump.

Rouhani — a key advocate of nuclear diplomacy with global powers — is set to step down after serving the maximum two consecutive terms, and a more hardline figure is likely to replace him.

BEIJING: A Beijing law professor who has been an outspoken critic of China’s ruling Communist Party and President Xi Jinping was taken away by authorities on Monday, several friends and colleagues told Reuters. Xu Zhangrun, 57, a professor at the prestigious Tsinghua University, came to prominence in July 2018 for denouncing the removal of the […]

The death of African-American George Floyd due to excessive use of force by a police officer in Minneapolis has triggered violent protests across the United States. Internet is full of videos and pictures of protesters clashing with police, damaging and setting fire to buildings and vehicles, and vandalising and looting stores. Amid this, a video […]

Senator Rick Scott of Florida is the latest member of Congress to test positive.

Senator Rick Scott, Republican of Florida, said Friday he had tested positive for the coronavirus, the latest prominent lawmaker to contract the rapidly spreading virus that has infected at least eight members of Congress over the past week. Mr. Scott, 67, said he has been in quarantine at his home in Naples since last Friday, […]