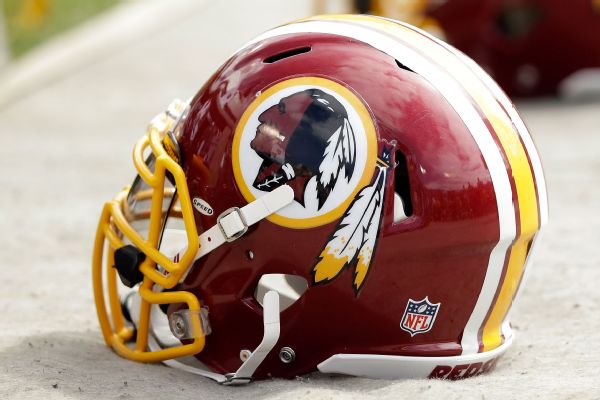 The Washington Redskins‘ nickname has been mired in controversy for decades.

Former team owner Jack Kent Cooke said in 1988: “There is not a single, solitary jot, tittle, whit chance in the world,” that the Redskins change their nickname. “I like the name and it’s not a derogatory name.”

A few years later, protesters picketed against the nickname at the Super Bowl following the 1991 season.

The issue faded in both instances, but every so often, it comes up again. The arc is similar each time: An initial wave of support for a name change, the Redskins holding firm, and finally, waning attention to the issue.

Then came George Floyd’s death on May 25 at the hands of Minneapolis police. The protests that followed led to monuments being felled, the Mississippi state flag’s retirement and countless other changes throughout the nation.

Now Washington’s NFL team might become part of that change. It put out a statement Friday saying it was going to “undergo a thorough review of the team name.” It’s the first time under Dan Snyder, who has owned the team since 1999, the franchise has gone to this extent.

Here’s a look at some of the challenges to the Redskins’ nickname over Snyder’s tenure:

Snyder’s strongest comment on the name happened during the 2013 offseason as focus returned to the topic, perhaps spurred by more winning. Washington was coming off a 10-6 season under rookie quarterback Robert Griffin III.

During an interview with USA Today, Snyder said, “We’ll never change the name. It’s that simple. NEVER — you can use caps.”

The Oneida Indian Nation kicked off a season-long protest campaign when Washington played at the Green Bay Packers. The group protested at every road game that season. Perhaps the biggest one occurred in Minnesota before a game vs. the Vikings when hundreds of protesters marched the streets to the stadium.

Several days before the Packers game, Brandon Stevens, an Oneida Nation official, told the Milwaukee-Wisconsin Journal-Sentinel: “The warrior image is not the image we want to be portrayed.”

President Barack Obama stopped short of saying the name should be changed. But he was the latest politician to discuss the matter.

He told The Associated Press: “If I were the owner of the team and I knew that there was a name of my team — even if it had a storied history — that was offending a sizable group of people, I’d think about changing it.”

Obama also said: “I don’t know whether our attachment to a particular name should override the real legitimate concerns that people have about these things. I don’t want to detract from the wonderful Redskins fans that are here. They love their team and rightly so.”

Five days later, as pressure mounted on the Redskins, and more protests took place, Snyder wrote to the fan base.

In the letter, which represented his most extensive comments on the controversy, Snyder defended the name by saying: “Our franchise has a great history, tradition and legacy representing our proud alumni and literally tens of millions of loyal fans worldwide. We are proud of our team and the passion of our loyal fans. Our fans sing ‘Hail to the Redskins’ in celebration at every Redskins game. They speak proudly of ‘Redskins Nation’ in honor of a sports team they love.”

Fifty senators, all Democrats, signed a letter sent to the NFL saying Washington should change its nickname.

The letter stated: “The NFL can no longer ignore this and perpetuate the use of this name as anything but what it is: a racial slur. We urge the NFL to formally support a name change for the Washington football team. … We urge you and the National Football League to send the same clear message as the NBA did: that racism and bigotry have no place in professional sports.”

The NFL also issued a release to the New York Times defending the name.

“The intent of the team’s name has always been to present a strong, positive and respectful image,” the statement read. “The name is not used by the team or the NFL in any other context, though we respect those that view it differently.”

The U.S. Patent and Trademark Office canceled six trademarks held by the Redskins, calling the nickname “disparaging to Native Americans.” It cited a federal law that prevented trademark protection in cases in which the language was offensive or disparaging.

The Redskins appealed the decision.

In 2004, the Annenberg Public Policy Center released a poll that said nine out of 10 Native Americans were not bothered by the name. A Washington Post poll 12 years later found similar results.

The Post found that 90% of 504 respondents who identify as Native American were not offended by the name. Seven of 10 did not feel it was disrespectful and eight of 10 said they would not be offended if a non-Native American called them by that name.

The Redskins won a victory when the U.S. Supreme Court ruled that the law the U.S. Patent and Trademark Office used to prevent the team from registering trademarks using the word “Redskins” was unconstitutional.

The Supreme Court stated it was “far-fetched to suggest that the content of a registered mark is government speech, especially given the fact that if trademarks become government speech when they are registered, the Federal Government is babbling prodigiously and incoherently.”

The court cited a case involving an Asian band named The Slants, ruling the name did not violate the First Amendment’s free-speech clause because “Contrary to the Government’s contention, trademarks are private, not government speech.”

While George Floyd’s death in police custody happened in Minnesota, it set off a chain of events that impacted Washington and beyond. Thousands of people flocked to the streets in cities across the country, protesting police brutality and racism. The country’s focus shifted from the coronavirus pandemic to race relations.

Statues were toppled in many cities and towns over the next month — including that of Washington’s first owner, George Preston Marshall, outside RFK Stadium. The Redskins also removed Marshall’s name from their Ring of Fame. NASCAR banned the Confederate flag from racetracks.

The protests led to another opening for those who opposed the team name, and they mobilized.

On Wednesday, Adweek reported that 87 investors and shareholders, worth a combined $620 billion, sent a letter the previous week to three sponsors — FedEx, Nike and PepsiCo — urging them to support a name change. In the past, groups had protested outside stadiums and tried to change the name through the courts. But this represented a targeted push directed at sponsors.

On the same day Adweek’s story appeared, the Washington Post quoted multiple officials in Washington, D.C., saying the team would not be able to move back to the city unless it changed their name. The Redskins want to build a new stadium after their lease on the land in Landover, Maryland, expires after the 2027 season. They have considered the site where RFK Stadium, their former home, still stands. But because it’s on federal land, the opinions of politicians matter.

“I call on Dan Snyder once again to face that reality, since he does still desperately want to be in the nation’s capital,” Eleanor Holmes Norton (D-D.C.), a nonvoting delegate to the House of Representatives, told the Post. “He has got a problem he can’t get around — and he particularly can’t get around it today, after the George Floyd killing.”

One person who knows Snyder well called FedEx CEO Frederick Smith, who owns 10% of the team. The person said Snyder idolized Smith. That’s why it mattered when FedEx released a statement Thursday that read, “We have communicated to the team in Washington our request that they change the team name.” Another person who knows Snyder well said he had to have felt “betrayed” by such a statement.

In 1998 — the year before Snyder bought the Redskins — FedEx struck a $205 million, 27-year deal for naming rights to the stadium. In 2014, the Oneida Tribe of Indians of Wisconsin asked FedEx shareholders to reconsider the naming rights agreement. But shareholders voted to continue the relationship, which ends in 2025. FedEx has not stated if it would sever ties now, but no sponsor has a stronger direct tie to the organization. The statement, multiple people said, was a game-changer.

Nike also released a statement, saying: “We have been talking to the NFL and sharing our concerns regarding the name of the Washington team. We are pleased to see the team taking a first step towards change.”

When searching for Redskins gear on Nike’s website, this is what comes up: “We could not find anything for ‘Redskins.’”

PepsiCo has not released a statement.

“In light of recent events around our country and feedback from our community, the Washington Redskins are announcing the team will undergo a thorough review of the team’s name. This review formalizes the initial discussions the team has been having with the league in recent weeks.

“Dan Snyder, Owner of the Washington Redskins, stated, ‘This process allows the team to take into account not only the proud tradition and history of the franchise but also input from our alumni, the organization, sponsors, the National Football League and the local community it is proud to represent on and off the field.'”

One person who knows Snyder well predicted this was the final step toward eventual change, with the owner trying to see what traditions can be preserved. It’s the most serious the organization has been about the name change.

The team’s statement closed: “We believe this review can and will be conducted with the best interest of all in mind.”

Secretariat won a virtual Kentucky Derby against 12 fellow Triple Crown winners — 47 years after the chestnut colt won the real race at Churchill Downs. The 1 1/4-mile race featuring computer-generated imagery was held Saturday, the same day the 146th Derby had been scheduled until it was postponed by the coronavirus pandemic. The Kentucky […]

To win the Can’t-Stop-Watching Moment at the 2020 ESPYS [Sunday night] feels great. Any time you can bring positive exposure to your city, to your state. Any time you can represent your family and those that support you, it’s incredible, especially on this big platform. Now I just want to use my platform to inspire […]

As it draws closer to actual football practices, the NFL is still working to answer a central question of its coronavirus mitigation policy: Is there a practical and effective way to mimic a mask for players on the field? The league’s first response, in conjunction with the NFL Players Association, was to partner with Oakley […]