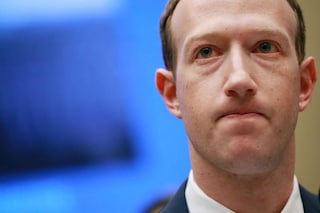 The House Judiciary Committee’s antitrust panel appeared to draw on a rich trove of Facebook company emails, releasing numerous screenshots of correspondence from Zuckerberg and other Facebook executives.

Facebook Inc Chief Executive Mark Zuckerberg stumbled at a congressional hearing on alleged abuse of market power on Wednesday, as lawmakers confronted the social media titan with damaging internal emails about the company’s acquisitions. The House Judiciary Committee’s antitrust panel appeared to draw on a rich trove of Facebook company emails, releasing numerous screenshots of correspondence from Zuckerberg and other Facebook executives.

Using the exchanges, lawmakers got Zuckerberg to acknowledge that he saw photo-sharing app Instagram and messaging app WhatsApp as competitors when Facebook acquired them. “The businesses are nascent but…if they grow to a large scale they could be very disruptive to us,” Zuckerberg wrote in 2012, two months before the Instagram purchase.

In another email, written the same day Facebook announced the acquisition, Zuckerberg conceded that “Instagram was our threat,” adding: “one thing about startups though is you can often acquire them.” Representative Joe Neguse, a Democrat, noted that a 2014 email showed Facebook’s CFO referring to the company’s acquisition strategy as a “land grab.”

“We have a name for this; it is a monopoly,” Neguse said. The committee presented fewer such exchanges to the other executives testifying at the hearing, which also featured Amazon.com Inc’s Jeff Bezos, Alphabet Inc-owned Google’s Sundar Pichai and Apple Inc’s Tim Cook. Democratic Representative Pramila Jayapal used an email to grill Zuckerberg on whether Facebook copied competitors like Snapchat for anti-competitive reasons. “How many competitors did Facebook end up copying?” she asked. “I don’t know,” Zuckerberg answered, stammering.

She asked if Facebook had ever threatened to clone a competitor’s feature while negotiating to buy them. “I would like to just remind you that you are under oath and there are quotes from Facebook’s own documents,” she told him. The documents also shed new light on how the social media giant saw the competitive landscape. In a 2012 graphic, Facebook touted the company as “95% of all social media in the U.S.” The graphic was titled: “The industry consolidates as it matures.”

NEW DELHI: Google claims it has developed a way to use subsea fiber optic cables to detect earthquakes and tsunamis. While such systems already exist, the company claims its technique uses existing fiber optic cables and works “over tens of thousands of kilometres” as opposed to the “up to 100 km” limit that current sensing […]

Patagonia has joined companies like REI and The North Face, saying it plans to pause advertising on Facebook and Instagram to show support for a movement called “#StopHateForProfit.”  Last week, a group of six organizations called on Facebook advertisers to pause their spending on Facebook during the month of July. The groups, which include the […]

NEW DELHI: After removing the controversial Mitron app from the Play Store, Google has now deleted ‘Remove China Apps’ from the platform as well. This is the second app that was gaining from the anti-Chinese propaganda amid the pandemic that Google has taken down this week. Remove China Apps claimed to delete all apps coming […]