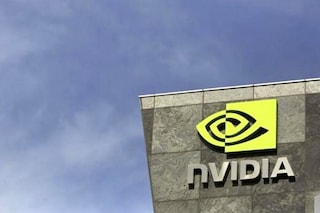 Buying ARM would consolidate graphics giant Nvidia’s position at the centre of the semiconductor industry.

US chip-maker Nvidia is reportedly in advance talks to acquire SoftBank-owned UK chip company ARM in a cash-and-stock deal worth at least $32 billion. According to a report in the Financial Times on Friday citing sources, the talks began after “Nvidia approached SoftBank, which has been pursuing a series of other asset sales, about a potential acquisition”. The proposed deal includes “both cash and stock and that it valued ARM at above the $32bn price that SoftBank paid for the business in 2016”. Both Nvidia and ARM did not comment on the report. The British chip designer powers major mobile processor from companies like Qualcomm, Apple, Samsung and Huawei.

Apple last month confirmed its break up with Intel chips for ARM chips in its Mac desktops, announcing it will transition the Mac to its world-class custom silicon to deliver industry-leading performance and powerful new technologies. Buying ARM would consolidate graphics giant Nvidia’s position at the centre of the semiconductor industry. SoftBank bought ARM for $31 billion in 2016. Microsoft makes an ARM-based Surface laptop and a version of Windows designed for ARM. According to The Verge, Nvidia would make an interesting owner for ARM. While Nvidia is the leader for GPUs, it has little to do with CPU design or mobile hardware.

Nvidia said this week it delivered the world’s fastest Artificial Intelligence (AI) training performance among commercially available chips, a feat that will help big enterprises tackle the most complex challenges in AI, data science and scientific computing. Nvidia A100 GPUs and DGX SuperPOD systems were declared the world’s fastest commercially available products for AI training, according to MLPerf benchmarks. The A100 Tensor Core GPU demonstrated the fastest performance per accelerator on all eight MLPerf benchmarks.

Jio is an Attractive Platform For Investors

American investment firm General Atlantic has invested Rs 6,598.38 Crore in Jio Platforms for a 1.34% stake. This becomes the latest round of investment in Reliance Jio Platforms, following investments from Facebook, Silver Lake Partners and Vista Equity Partners over the past few weeks. This means Reliance Jio has raised Rs 67,194.75 from leading investors […]

US auto safety regulators will unveil on Monday a voluntary effort to collect and make available nationwide data on existing autonomous vehicle testing. US states have a variety of regulations governing self-driving testing and data disclosure and there is currently no centralised listing of all automated vehicle testing. California, for example, requires public disclosure of […]

A screengrab of Monday’s Google doodle. Monday’s ‘Stay and Play at Home’ doodle is designed and illustrated by artist Olivia Huynh and celebrates American chemist and award-winning researcher Wilbur Scoville who is best known for the creation of the ‘Scoville Organoleptic Test’. News18.com Last Updated: May 4, 2020, 8:49 AM IST Stay and […]