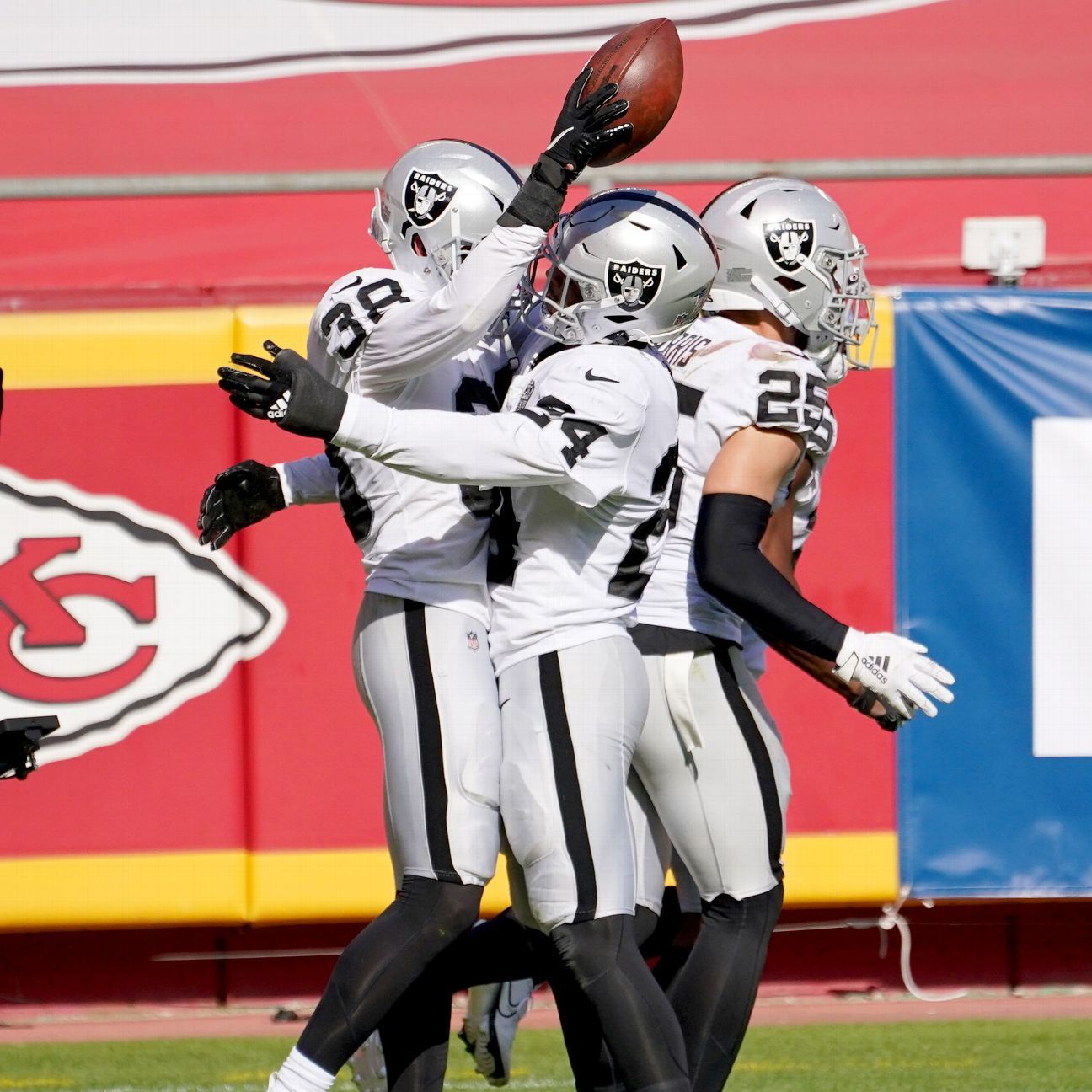 HENDERSON, Nev. — The Las Vegas Raiders will activate seven of the 10 players on their COVID-19 list Saturday, ESPN has learned. Those 10 players will be eligible to suit up and play against the defending Super Bowl champion Kansas City Chiefs on Sunday night at Allegiant Stadium so long as they continue to test negative.

Safety Johnathan Abram, defensive tackles Maliek Collins, Johnathan Hankins and Kendal Vickers, defensive end Arden Key and cornerback Isaiah Johnson were considered high-risk close contacts to defensive end Clelin Ferrell, who tested positive for COVID-19 earlier in the week. But since the six players tested negative throughout the week, they will be elevated back to the 53-man active roster. Also, defensive end David Irving, meanwhile, will come off the Practice Squad/COVID-19 list, revert to the practice squad and then be elevated to the 53-man active roster.

Defensive back Lamarcus Joyner, who went on the list Tuesday, was activated from it on Friday.

The Raiders (6-3) handed the Chiefs (8-1) a 40-32 defeat at Arrowhead Stadium on Oct. 11, but Las Vegas defensive coordinator Paul Guenther lamented having so many players miss practice this week in advance of facing Kansas City again.

“I don’t know how we can beat these guys with a full lineup at practice, let alone 3/4 of your lineup not here all week,” Guenther said Thursday. “What don’t they have? We’re playing the world champs. What don’t they have? They have a great quarterback, great receivers, great tight ends, line is physical. And they’re coming off a bye, so it’s a daunting task.

Los Angeles Lakers forward Kyle Kuzma spoke to reporters for six and half minutes Wednesday — some in person in Orlando, Florida; some logging in over Zoom — and was asked 10 questions. Only one of the questions was geared toward social justice, and not long after the session finished, Kuzma asked media members in […]

Serena Williams held onto the back of her legs as she bent over, wincing in pain on the court at Arthur Ashe Stadium on Thursday night. She limped over to her seat, requesting a trainer to take a look at her left ankle. Her coach, Patrick Mouratoglou, and her longtime agent, Jill Smoller, stood from […]

9:59 AM ET Steve KimESPN Despite being one of the most desired matchups among boxing fans around the world, a title unification showdown between WBC/IBF welterweight champion Errol Spence Jr. and WBO titlist Terence Crawford has not yet become a reality. When it does, a welterweight legend of the past, Sugar Ray Leonard, promises, “I’ll […]