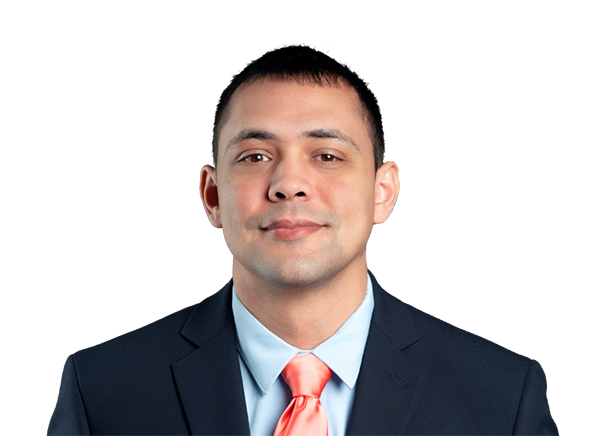 Gentry said the medical team will ultimately decide whether Williamson — who was away from the team for 12 days due to a family medical emergency and his four-day quarantine — is ready to play against the Utah Jazz.

“Obviously as a coach you want him out there as much as you can possibly have him out there,” Gentry said. “We have guys that are better equipped to make those decisions than I am from a health standpoint and a minutes played standpoint. It’ll be collectively something that’s done by sitting down and talking about it and figuring it out if he does end up playing.”

Williamson addressed the media for the first time Wednesday since he left Orlando on July 16 and said he just wants to play, but recognizes the risk at hand. “I think me and my team are gonna look at what’s best for me, my future, and being safe,” Williamson said. “If you know me, I wanna hoop. That’s just how I am; I’m never gonna change. I’m gonna want to hoop, simple as that.”

Williamson declined to go into detail about the family medical emergency, just saying it was something he talked over with his parents and family about the decision to leave and the timing on coming back. Once he did return to Orlando, he was quarantined in a hotel room for four days as he tried to balance getting ready to play while having to stay in his room.

“I was able to do some body workouts, just to keep my muscles going,” Williamson said. “While I was away, it’s tough to do stuff. I was dealing with a family emergency, so it’s God first and family. So basketball wasn’t really there; I was dealing with something serious.”

Taking time away from basketball and then jumping back into NBA play so quickly is something Williamson and the team are approaching cautiously. “The NBA isn’t something you can usually just jump straight into, especially off stuff like that,” Williamson said. “So I think, me and my team are gonna look to see what’s best, and if I’m ready to go out there.”

Williamson did say his body feels fine after two practices with New Orleans, although he didn’t participate in 5-on-5 drills on Tuesday and Gentry said Wednesday was more of a lighter day.

Pelicans forward Derrick Favors has a unique perspective on Williamson’s time away. In November, Favors’ mother passed away and he took a few weeks away from basketball before rejoining the team in mid-December. Favors said it’s important to realize that family should come first and the team understands that.

“You have to find that middle point in everything,” Favors said. “But sometimes you just have to put your family first. If there’s something drastic that happens with your personal life or your family, everybody understands you have to go away and handle your business with your family. But when the opportunity comes back to play basketball, we all welcome each other back with open arms. We just try to support each other. Sometimes you have to just remember that it’s a game. You still have life outside of this game. It’s important to take care of your personal business and your family, first and foremost. Sometimes you got to put basketball second.”

Favors also understands that even if Williamson does play on Thursday against the Jazz, he may not look like the explosive phenom that took the NBA by storm this season right away.

“Just can’t throw him into the fire right away and expect great things out of him right away,” Favors said. “So it’s probably gonna take some time. Hopefully not too long, but it’ll probably take probably a week or so for him to get his legs back under him, and to kick some of the rust off, and just get back into game shape.

“He’s been working out a lot since he’s been back, been getting up shots, been doing a lot of cardio stuff. So hopefully, I don’t know when, but hopefully when he gets back on the court, he can be his regular dominant self again.”

Baltimore Ravens coordinator Greg Roman said he thinks about tweaking the NFL’s highest-scoring offense once a minute every day. Unfortunately for Roman, he’s hasn’t been able to see any of his ideas play out with reigning NFL MVP Lamar Jackson running and throwing passes around the field. The coronavirus pandemic caused the NFL to shut […]

Frank Haith said what I was already thinking. Tulsa’s coach, in a recent interview with The Sporting News, suggested that a one-time expansion of the NCAA tournament might be in order if the 2020-21 season is truncated because of the coronavirus pandemic. Haith isn’t wrong, but his motive almost certainly involves the postseason prospects of […]

Lynx forward Maya Moore, Patriots defensive backs Devin and Jason McCourty, Twins designated hitter Nelson Cruz, Cavaliers forward Kevin Love and WWE star Titus O’Neil were named finalists Wednesday for the Muhammad Ali Sports Humanitarian Award for their work in the community. The winner of the award, given to an athlete whose demonstrated leadership has […]