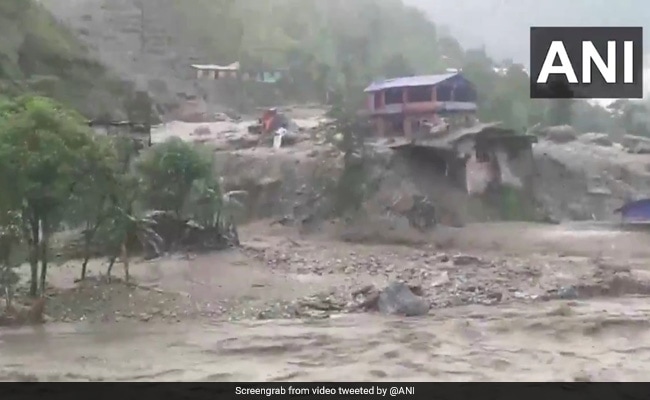 The Nepal government has mobilised the Army and the police to carry out rescue operations.

At least ten people were killed on Sunday in landslides caused by incessant rains across Nepal, taking the total number of fatalities due to landslips to 54 in last three days.

Landslides and floods triggered by continuous heavy rains for the past three days have hit 19 districts across Nepal.

Seven persons were killed in Myagdi, two in Jajarkot and one in Sindhupalchowk district on Sunday, according to Home Ministry sources.

In total, fifty-four people have been killed and 39 are missing due to landslides in different parts of the country in the past 72 hours, an official at the Home Ministry said.

About 40 people have sustained injuries.

At least 11 people are missing after a massive landslide triggered by incessant rainfall swept away eight houses in Nepal’s eastern Sankhuwasabha district.

The Nepal government has mobilised the Army and the police to carry out rescue operations.

File photo of US President Donald Trump. (AP Photo/Evan Vucci, File) Asked about the impact of that on press freedom around the world, he said: “There clearly is a Trump effect, a very negative one.” Last Updated: July 13, 2020, 9:54 PM IST The U.N. Special Rapporteur on freedom of expression on Monday […]

New York: In a worrying development, a five-year old boy has died in New York from a rare inflammatory illness linked to the coronavirus, while the death of another seven-year-old boy is being investigated for possible links to the mysterious pediatric syndrome. The New York State Department of Health is investigating several cases of the severe […]