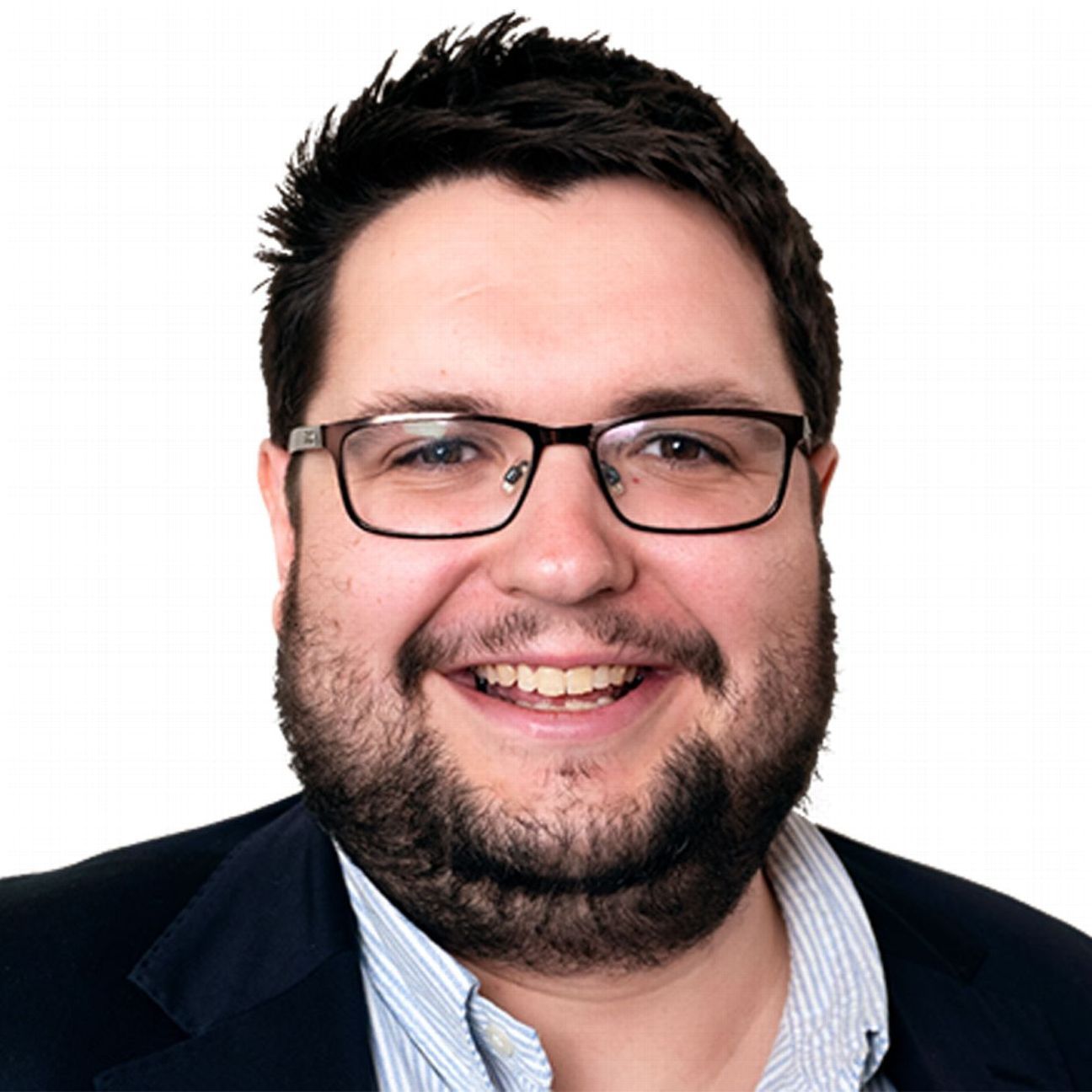 Bayern Munich need to start clearing space in their already-overloaded trophy cabinet. Their 5-0 win over Fortuna Dusseldorf on Saturday was as equally impressive as it was expected.

They are now 10 points clear at the top of the Bundesliga, and their eighth title in a row seems an inevitability. But while they charge towards yet another booking with the Meisterschale, the battle for the Champions League places is bubbling nicely with Bayer Leverkusen and their outstanding Kai Havertz winning on the road.

And further down the league, Schalke 044 are in free fall as they lost against the ever-improving Werder Bremen at home. Hertha Berlin have seemingly forgotten their pre-break poor form and won 2-0 against Augsburg, while Wolfsburg fell to Eintracht Frankfurt 2-1 and Hoffenheim came away from Mainz 05 with a 1-0 victory.

– Stream new episodes of ESPN FC seven days a week on ESPN+
– Stream every episode of 30 for 30: Soccer Stories on ESPN+

Here is what we learned from the latest action in the Bundesliga.

The Champions League final was meant to be on Saturday. Judging on their pre- and post-break form, Bayern Munich would have looked hot favourites to be featuring in Europe’s showpiece event. That may yet come to fruition if the football season plays out like we all hope, but Bayern are undoubtedly playing a different, higher level of the sport than anyone else in Germany.

They dispatched Fortuna Dusseldorf 5-0 at the Allianz Arena, and they could have had more. It’s been a familiar narrative. Robert Lewandowski scored two (his 29th in the Bundesliga this season, 43rd overall and means he has scored against all of the current top-flight teams) and his first goal was a thing of beauty, showcasing Bayern’s ruthless attack and ability to shift the ball with lightning speed and accuracy.

David Alaba, now a centre-back, picked up the ball in midfield, passed it to Lewandowski, who put Joshua Kimmich in behind. He took it into the box, backheeled it to the on-running Thomas Muller who, without looking, slid it to the onrushing Lewandowski to hammer home. It was fantastic.

Bayern scored three in the first half thanks to an own-goal from Mathias Jorgensen (forced by a decent header from Benjamin Pavard), a header from Pavard and Lewandowski’s first. Lewandowski scored at the start of the second half with a delightful flick and he was then joined on the score sheet by the outstanding Alphonso Davies.

Midfielder Weston McKennie had an active afternoon on the pitch in Schalke’s 1-0 loss Werder Bremen. The Texas native nearly earned a breakaway scoring opportunity in the 20th minute until a hard, last-ditch foul by Sebastian Langkamp sent him clattering to the ground. McKennie also earned a yellow card late in the first half by sending Marco Friedl sprawling out of bounds, and after nearly picking up a second yellow early in the second half, he was subbed out after 54 minutes. It was a physical, frustrating appearance for a physical, frustrated McKennie.

McKennie also created a buzz with his armband.

It read “Justice for George,” in honor of George Floyd, the handcuffed black man who died in police custody in Minnesota after pleading that he could not breathe. Video of the incident sparked national outrage and, by Friday, had led to coast-to-coast protests. McKennie joined a growing list of prominent athletes expressing both shock and solidarity with protesters.

To be able to use my platform to bring attention to a problem that has been going on to long feels good!!! We have to stand up for what we believe in and I believe that it is time that we are heard! #justiceforgeorgefloyd #saynotoracism pic.twitter.com/TRB1AGm0Qx

Other on-field notes from the USMNT player pool:

– Bayern Munich II’s Chris Richards used his 6-foot-2 frame to knock in a short-range header in the 89th minute, which made the difference in a 2-1 win over FC Ingolstadt 04.

– Werder Bremen’s Josh Sargent had a dirty-work kind of afternoon in the win over Schalke: he drew four fouls, committed two of his own and had a couple of assist chances before getting subbed out after 69 minutes. He was also in great position for a rebound score had Leonardo Bittencourt‘s 32nd-minute bomb not been perfectly struck and gone into the net without Sargent’s assistance.

– John Brooks (Wolfsburg) and Timothy Chandler (Eintracht Frankfurt) both had shot attempts in Frankfurt’s 2-1 win but missed their mark.

– In the 2. Bundesliga on Friday, a couple of Julian Green crosses found Greuther Furth teammates in the box, but both shots were either blocked or driven wide, and Furth drew with Darmstadt, 1-1.

With an average age of about 20, Bayer Leverkusen’s front three of Leon Bailey, Florian Wirtz and Kai Havertz against Freiburg on Friday offered a tantalising juxtaposition of the present and the future. Again, Havertz made the difference. The wonderfully versatile midfielder/forward grabbed Leverkusen’s only goal as they won 1-0 at the Schwarzwald-Stadion; it was him showing the benefits of precision over power.

The goal means Havertz is now the youngest player to reach 35 goals in the Bundesliga, and the first under the age of 21 to do so. He manages to put exactly the right amount of power on shots — not too much to sacrifice accuracy, but enough to steer it neatly past the goalkeeper. The effort against Freiburg showcased Leverkusen’s potent front three as Bailey slid in Havertz, who steered the ball through goalkeeper Alexander Schwolow‘s legs from an acute angle. Havertzwas substituted after 66 minutes with an injury, but manager Peter Bosz allayed fears over its severity, saying his starlet was “going to be OK” post-match.

It’s Havertz’s non-binary positional sense that makes him so difficult to track. His pace means he can time his runs through the defence if sitting deep; if he’s sitting on the defensive line he has the strength to hold the ball up. So, he ends up filling this false nine/attacking midfielder/playmaker role but always finds himself in the right place. He’s a constant threat. And only 20 years old. No wonder the whole of Europe is chasing him.

The end of Wagner’s Schalke cycle?

Make no mistake, Schalke are in free fall. Somewhere there is a breakdown in communication. Their 1-0 defeat at home to Werder Bremen means their last victory in the Bundesliga was on Jan. 17, and since then they have now gone 10 games without a win. With Eintracht Frankfurt beating Wolfsburg, Schalke are in danger of being dragged into a relegation battle; a dismal predicament considering the stature of the club.

McKennie was their most influential player, but was substituted after 55 minutes, perhaps because as frustration started to overflow, he was in danger of picking up a second yellow card. But up to that point he was Schalke’s main threat, making his barnstorming runs through the centre of the field.

Dan Thomas is joined by Craig Burley, Shaka Hislop and a host of other guests every day as football plots a path through the coronavirus crisis. Stream on ESPN+ (U.S. only).

Any chances created weren’t through design, but it looked to be random. A return of three goals in their past 11 matches tells its own story. The misfiring Schalke striker Michael Gregoritsch had a decent opportunity to level things up in the second half against Werder but in the first half they mustered just one shot off target, 33% possession and a woeful pass completion rate. It was dismal.

They have the players — there’s a reason Rabbi Matondo is on the radar of Europe’s biggest clubs — but they simply don’t have the system or creativity to bring his talents into the game. It must be deeply frustrating for a player like Matondo. Any question marks over David Wagner’s future are now looming larger than ever.

The Bundesliga returning from the coronavirus stoppage before any other major European league has meant some extra visibility for the league as a whole, and Wolfsburg have tried to make themselves memorable, especially to American audiences. The club already employ two American players — defender John Brooks (who did one heck of a job against Havertz in Wolfsburg’s 4-1 win at Leverkusen earlier this week) and teenage attacker Uly Llanez — but they upped the ante on Saturday, first donning their Pride jerseys (the Volskwagen logo in the middle of the shirt has the rainbow, which somehow doesn’t clash all that much with Wolfsburg’s double-green kits), then entering the pitch to the Alan Parsons Project’s “Sirius” — the song used by the Chicago Bulls for player introductions in the ’90s.

The soundtrack of Michael Jordan’s dynasty! 🏀 🙌

It’s up to you to imagine the crowd noise and Bulls public-address announcer Ray Clay shouting “AAAAAAAAND NOW … THE STARTING LINEUP … FOR YOUR … WOLFSBURG WOLVES … FROM BONHEIDEN, BELGIUM … AT GOALKEEPER … KOEN … CASTEEEEEEEEEEEELS.”

It was a fun touch all the same.

In contrast to FC Salzburg‘s socially distanced celebration on Friday after winning the Austrian Cup, that etiquette is still forgotten in moments of sheer footballing drama: the last-minute winners. In 2. Bundesliga, Arminia Bielefeld’s Sven Schipplock scored in added time to win 2-1 at Holstein Kiel, which stretched their lead to eight points and saw them take another huge stride towards promotion to the top flight.

It was one of those classic last-gasp gambles: a looping cross from Marcel Hartel into the box and Schipplock connected with a precise header to steer it home. Cue pandemonium. He ripped his shirt off and substitutes and teammates mobbed him. Though you can only imagine what might have happened had they attempted 15 simultaneous elbow bumps.

The PGA Tour is set to return to action next month in Texas, but the plight of international players residing overseas makes their involvement in the scheduled tournaments problematic. Veteran Lee Westwood highlighted those obstacles in an interview with Golf Channel on Tuesday in which he said he is entered in the first two events […]

Once tipped as football’s first potential billion-dollar player, Vincent Pericard’s life took an unexpected turn. University of Portsmouth One well-intentioned text message changed Vincent Pericard’s life, inadvertently triggering a sequence of events that led to a series of self-destructive actions and thoughts. In the space of four years, the footballer went from training with Zinedine Zidane […]

Former Chicago Bulls forward Horace Grant has fired back at claims Michael Jordan made against him during “The Last Dance.” In a radio interview with Kap and Co. on ESPN 1000 in Chicago on Tuesday, Grant said it “is a downright, outright, completely lie” that he leaked much of the information in Sam Smith’s famous […]