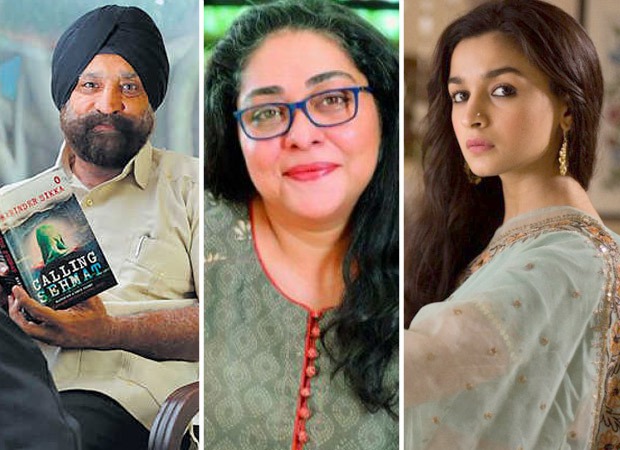 Back in 2018, Alia Bhatt starred in Meghna Gulzar’s Raazi which went onto become a blockbuster. The film based on writer Harinder Sikka’s book ‘Calling Sehmat’. Now, the writer has accused the director of stealing the credit.

During Sunday panel discussion on Republic TV, Sikka said, “I wrote Raazi and this is proof against my name by (Meghna) Gulzar. It was written to me by the Jaipur Literature Festival. I was removed from everything, from Filmfare, my book was not allowed to be launched by Gulzar in person. You want me to read out this email where Jaipur Literature Festival head says, ‘In my 35 years of career, I have never seen anybody bulldozing to remove one person.’ In this particular case, Gulzar is the case in point.”

He further said, “My book was tried to be delayed? Why? Every credit must go to Meghna Gulzar. First Jaipur Literature Festival, then the Filmfare Awards. The best original screenplay award was to be given to me but it was removed, it was given to some film by the name Andhadhun which was a copy of a French book because I was to be removed.”

Sikka further claimed that Meghna Gulzar also stole credit from the original writer of Chhapaak that starred Deepika Padukone in the lead role. He said, “It is not the only one, what did Meghna do further! Chhapaak. She took away that poor writer – the lawyer in Delhi, her credit away. Ask Ravi Tandon (Raveena Tandon’s father) about what happened. There is a history of mafia operating. I have nothing against nobody, it’s not my profession. This happens because I was an outsider.”

He later claimed that his production Nanak Shah Fakir, which won three National Film Awards, was stopped from sending to Oscars because he was an outsider. He said, ““My film that was to go for Oscars – Nanak Shah Fakir was not allowed because someone came from Bollywood and said, ‘Oh he is an outsider, we were to send our picture’.”

Bollywood megastar Amitabh Bachchan has reportedly been hospitalized this Saturday evening on July 11. He was taken to Mumbai’s Nanavati hospital. The news was confirmed by Amitabh Bachchan himself that he has tested positive for COVID-19. “I have tested CoviD positive .. shifted to Hospital .. hospital informing authorities .. family and staff undergone tests , […]

Nawazuddin Siddiqui is known for his intense roles and crime-infested films. But it’s a known fact that he has a great comic timing and if given an opportunity, can excel in such roles. After trying his hands in few such films in the past like FREAKY ALI [2016] etc, the versatile actor will now be […]

Irrfan Khan and Kareena Kapoor Khan starrer Angrezi Medium is set to take a decent opening at the box office. The film’s promo did arouse curiosity though the promotion had to sustain primarily on that since there wasn’t much to back it up with songs etc. Also, with Irrfan recovering currently and not quite available […]