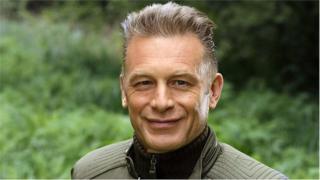 TV naturalist Chris Packham has lost his Court of Appeal bid to challenge the government over the HS2 high-speed rail scheme.

He had argued there were failings in the way the government decided to give the project the go-ahead.

In April, the Springwatch presenter was refused permission by judges in the High Court for a full judicial review of the decision.

Mr Packham said he was “deeply disappointed” by the ruling.

In giving the decision, Lord Justice Lindblom said the court “rejected both of Mr Packham’s substantive grounds of appeal as unarguable”.

The judgment noted his claims included that the government misunderstood local environmental concerns and had failed to examine the environmental effects of HS2.

The TV presenter had alleged the government had not accounted for the effect on greenhouse gas emissions up to 2050 in light of “obligations under the Paris Agreement and the Climate Change Act 2008”.

At a July hearing, lawyers for Mr Packham said a review gave an “incomplete assessment of environmental matters” which meant the government approved HS2 with a “complete misapprehension” of its environmental impact.

In written submissions, David Wolfe QC argued ministers would have proceeded with their decision on the basis the Oakervee Review (a government-commissioned report set up to examine whether and how HS2 should proceed) would have explained what they needed to know, when it did not.

But Timothy Mould QC, acting for the government, said: “It is simply fanciful for the appellant to assume that the first respondent (the Secretary of State for Transport) knew nothing about the public legislative and procedural history of HS2, including the comprehensive assessment of environmental impacts undertaken in accordance with parliamentary procedures, beyond that which was drawn to his attention by the report itself.”

In his statement, Mr Packham said: “The fact is, we are a world away from the place we were when we issued the original claim for judicial review.

He said Covid-19 had turned the country’s finances and the public’s attitudes towards climate change “upside down”.

“People now see that a scheme for a railway which will tear up the countryside so that we can shave a few minutes off a journey time, makes no sense in the contemporary workplace,” he stated.

HS2 is set to link London, Birmingham, Manchester and Leeds.

A spokesman for HS2 Ltd said it took its “commitment to the environment extremely seriously” and there was “safeguarding in place to protect wildlife and other natural assets”.

A Department for Transport spokesperson said the project was “crucial to rebuilding our economy from coronavirus” and HS2 had been tasked with “delivering one of the UK’s most environmentally responsible infrastructure projects”.

Coronavirus: How does contact tracing work and is my data safe?

Image copyright Getty Images The UK will have a ”world-beating” coronavirus tracing programme by 1 June, Prime Minister Boris Johnson says. A team of 25,000 contact tracers will track down people who have been near those with coronavirus. Later on, an app will tell people if they have been near to someone with the disease […]

Image copyright Getty Images Image caption Warm weather saw some people in London go out and enjoy the sunshine on Thursday People should continue obeying the coronavirus lockdown this bank holiday weekend, ministers have said, despite sunny weather forecast in some areas. Foreign Secretary Dominic Raab said it was “important” the public follows the current […]

Coronavirus: World must ‘pull together’ to find and fund vaccine

Image copyright AFP Image caption Scientists in Beijing carrying out one of dozens of research projects into potential vaccines European leaders have pledged support for a plan to raise €7.5bn (£6.6bn; $8.3bn) to find a coronavirus vaccine in a jointly signed open letter. The Brussels-led initiative was set out by European Commission President Ursula von […]