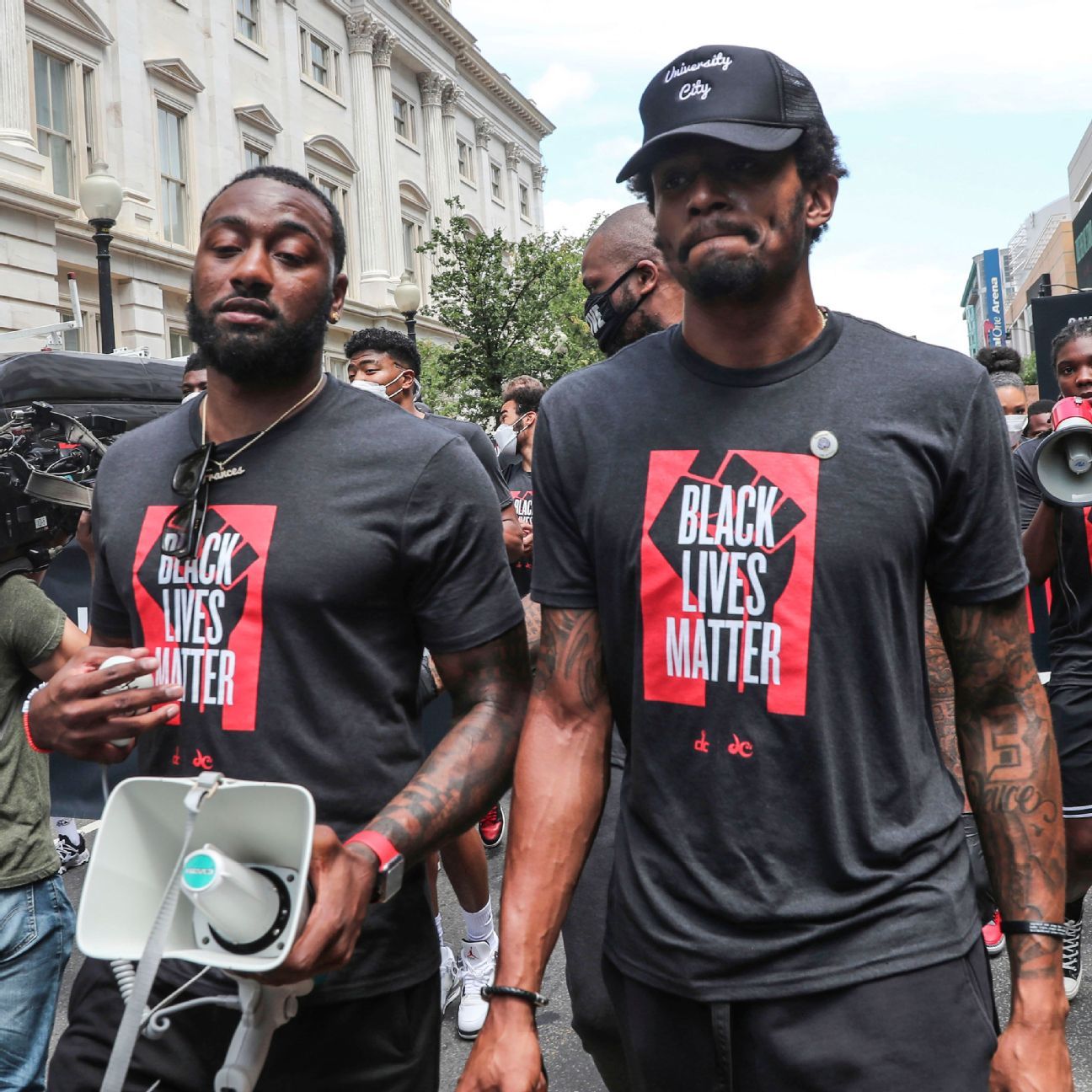 Ja Morant apologized on Twitter for reposting an image on social media with a profanity directed at police officers on the back of his jersey, writing that it “didn’t clearly and accurately convey what I wanted to share.”

On Sunday, the Memphis Grizzlies rookie point guard reposted an image that had the word “F—” and the number 12 displayed on the back of his jersey. Morant’s jersey number is 12, but “F— 12” is an anti-police slang term.

Morant wrote “want dat on my jersey fr” on his tweet and also shared the image on his Instagram story with a similar message. He later deleted the posts and apologized via a statement to his Twitter account.

“I want to first apologize for reposting something that didn’t clearly and accurately convey what I wanted to share,” he wrote. “My post was intended to focus on the bad cops who get away with the murder of unarmed Black men and women, and those who continue to harass peaceful BLACK LIVES MATTER protestors.

“I know there are good cops “12” out there. I know some, and a few are family. I am thankful to the cops at Murray State who took care of me and the cops who continue to watch over me with the Grizzlies. We NEED good cops to step up and make sure other cops are not abusing their power.

“There have been too many Black lives taken by police that could have been prevented. You may see me as just a basketball player and I may lose fans for taking a stand, but I won’t stay silent.

“BLACK LIVES MATTER!! Where’s the justice for Breonna Taylor?? And the other countless innocent Black lives that have been taken at the hands of dirty cops with no convictions?”

Taylor, a Black medical worker, was killed in Louisville, Kentucky, in March after police executed a “no-knock” warrant and shot the 26-year-old at least eight times, per reports.

Chris Paul, president of the National Basketball Players Association, told ESPN’s The Undefeated on Saturday that the players’ union and the league are collaborating to allow players to wear jerseys with personalized social justice, social cause or charity messages on the backs instead of their last names during the upcoming resumption of the NBA season.

IN “THE LAST DANCE,” Michael Jordan professes his love for Scottie Pippen, anoints him the best teammate he ever had and acknowledges he couldn’t have reached pro basketball’s zenith without him. But Pippen has been notably silent since the documentary began its run last month, and those close to him say he’s wounded and disappointed […]

HILTON HEAD, S.C. — In addition to all of the physical benefits that Bryson DeChambeau is enjoying after a months-long process that has seen him add 40 pounds, perhaps the best one has nothing to do with golf. It’s his diet. Specifically, the ability to eat, well, as much as possible. “I eat whatever I […]