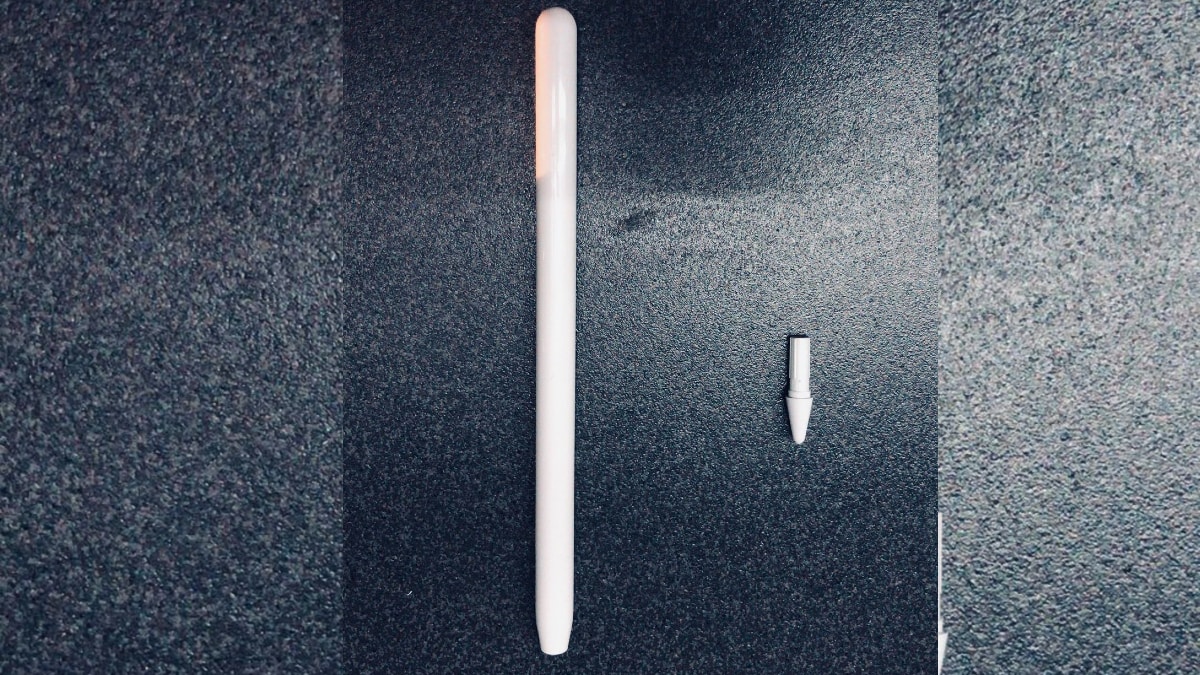 iPad mini Pro could be the next iPad model from Apple, suggests a new report. The report suggests that the company may launch this new iPad model sometime in the second half of 2021. Furthermore, an image of an unannounced Apple Pencil has also leaked, hinting at detachable nibs and a glossy finish. Apple is largely rumoured to hold its Spring 2021 event sometime this month and is rumoured to launch new iPad models, new AirPods, and even a new Apple TV.

South Korean blog Naver has shared information about this new iPad model – interestingly being called the iPad mini Pro. The report says this iPad variant has reached its ‘design P2′ stage, which comes after R&D and planning stages. If everything goes well, the iPads model could soon move to the development P3 stage, according to the report. It also says that the iPad mini Pro may be unveiled in the second half of 2021.

Furthermore, the iPad mini Pro is tipped to feature an 8.7-inch display and its width is said to be more than that of the iPad mini (2019). The rumoured iPad mini Pro model should likely be a sizeable update to the iPad mini, though the report says that its vertical width may be reduced.

Analyst Ming-Chi Kuo had previously reported of a new iPad mini model launching in the first half of 2021, sized between 8.5 and 9-inches. However, this new report seems to suggest that the company is now working on an iPad mini Pro for launch sometime later in the year. We recommend you take this new information with a pinch of salt.

The Apple Spring 2021 event expected in March may see the launch of a new and upgraded iPad Pro (2021). An upgraded Apple Pencil has been rumoured to launch alongside. And now an image of a new Apple Pencil has been leaked by tipster Mr. White on Twitter. The pencil is seen to have a glossy finish and a detachable nib. A recent patent also suggests that Apple could bring a major new feature to the Apple Pencil through the ability of changeable tips. This hints that the stylus may support a tip module with paint, ink, or even graphite in the future.

The iPad Pro (2021) is largely expected to launch sometime this month. It is expected to feature a mini-LED display and include 5G mmWave support.


Tasneem Akolawala is a Senior Reporter for Gadgets 360. Her reporting expertise encompasses smartphones, wearables, apps, social media, and the overall tech industry. She reports out of Mumbai, and also writes about the ups and downs in the Indian telecom sector. Tasneem can be reached on Twitter at @MuteRiot, and leads, tips, and releases can be sent to [email protected]
More

Apple to Reopen About 100 US Stores, Most With Curbside Pickup

Apple plans to reopen about 100 US stores, mostly with curbside pickup but some with walk-in service, the company said on Tuesday. Apple shuttered stores worldwide as the novel coronavirus pandemic spread but has slowly opened them based on local health data. Earlier this month, the company reopened a handful of stores in Alaska, Idaho, […]

Snapdragon 888: Realme ‘Race’, Red Magic 6, Oppo Find X3, and Other Upcoming Phones Based on the New SoC From Qualcomm

Realme ‘Race’ as well as Red Magic 6, Oppo Find X3, Nubia Z, and ZTE Axon 30 series are set to debut in the first quarter of 2021 with the newly launched Qualcomm Snapdragon 888 SoC. The smartphone manufacturers announced their launch plans shortly after Qualcomm unveiled the latest Snapdragon chipset as its new flagship […]