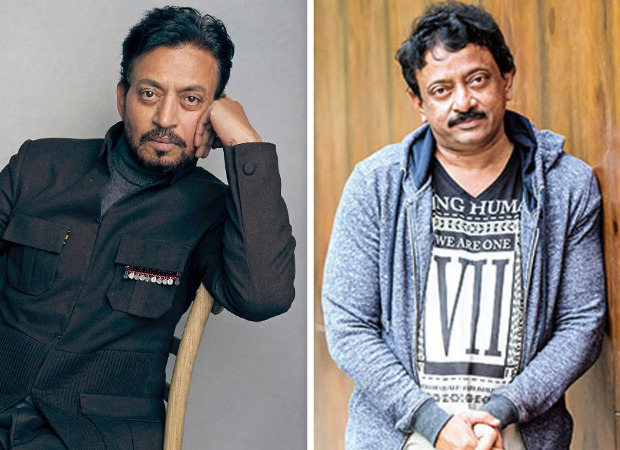 A story doing the rounds claims Manoj Bajpayee and Irrfan Khan were both being considered for the role of Paresh Rawal’s henchman in Ram Gopal Varma’s 1997 dud Daud. Manoj finally got the role.

According to Manoj, Ramu agreed to meet Manoj for a minor role in Daud. But when he reached for the meeting, Irrfan and actor Vineet Kumar were already there for the same role. Manoj claims he managed to wrangle the role away from his two competitors.

However Ramu has a different take on what really happened. “No, Irrfan was never considered for Daud. I didn’t even know him when Daud was being made. I had seen Manoj in Shekhar Kapoor’s Bandit Queen and offered him the role in Daud.”

When did Ramu come to know Irrfan? “We were introduced long after Daud. We never worked together. I don’t know why! It’s just one of those things that never happened. I regret it now. We would have created a special magic together. I think he was an actor who could anything.”

Hansal Mehta who shares his birthday with Irrfan’s death anniversary also regrets not having worked with Irrfan. “I will always share this date with him for the rest of life. Every year on my birthday I will be reminded of his rude sudden and unforgivable going. We did not ever work together but shared a very warm camaraderie over the years. Shared many drunken nights with him talking about life and a lot of other shit.”

Shah Rukh Khan and Gauri Khan come in support of Kolkata and the people affected by cyclone Amphan : Bollywood News

Ever since the nation has been put on lockdown due to the ongoing pandemic, it has created several issues for people and Shahrukh Khan has done his bit to help as many people as he can. Recently, Kolkata was affected by the Amphan cyclone and Shahrukh Khan along with wife Gauri Khan came in to […]

Nawazuddin Siddiqui reunites with Serious Men makers for his next : Bollywood News

After the success of Serious Men, the writer-producers Bombay Fables Motion Pictures is back with another Nawazuddin Siddiqui starrer. And this time to tell an extraordinary story you won’t believe is true. The film will be jointly produced with Merry Go Round Studios. All names of living and dead are mostly changed and even the name of the movie will […]

On Independence Day, Sushant Singh Rajput recognised for his contribution to cinema by the California State Assembly  : Bollywood News

On the occasion of Independence Day, the California State Assembly recognised Sushant Singh Rajput for his contribution to cinema and the community . The certificate was received by the late actor’s sister Shweta Singh Kirti.  Shweta took to her Instagram handle to share a picture of herself posing with the certificate. “On the occasion of […]