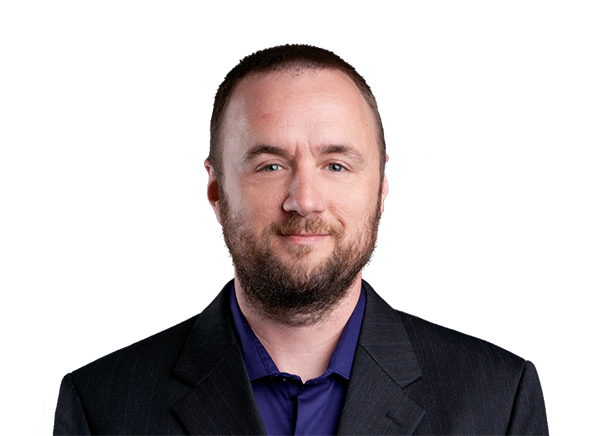 There are so many things to love about college football: tradition, pageantry, rivalries and marching bands.

What’s the best thing about America’s best sport? The dramatic finishes. The “I can’t believe that just happened” plays that are as much a part of college football lore as Heisman winners and national champions.

Tonight’s Throwback Thursday: CFB Classics celebrates one of the greatest endings of all — the 1994 Miracle at Michigan (7 p.m. ET, ESPN and ESPN App). Before you watch Kordell Stewart and Michael Westbrook hook up at the very end (spoiler alert!), two of our experts, Bill Connelly and Mark Schlabach, break down the other great Hail Marys and wild finishes they’ve seen.

Which Hail Mary do you remember most?

Schlabach: I told you earlier this spring, Doug Flutie’s last-second Hail Mary that gave Boston College a 47-45 victory over Miami in 1984 was probably the first football game when I vividly remember being glued to the TV until the very end. Growing up in Indiana, I’d watched plenty of Notre Dame games before that. But Gerry Faust was coaching the Fighting Irish back then, so I’d retreat to the backyard by halftime most of the time. (I met Faust in an elevator at Notre Dame once, and I was struck by how genuinely kind he is.)

That 1984 game was incredibly entertaining. Miami’s Bernie Kosar threw for 447 yards, which was a lot back then. But the Hurricanes still couldn’t seal the deal. I couldn’t believe Flutie had the arm strength to heave it 63 yards — and neither did the Miami defenders, because they weren’t even in the end zone. Flutie’s Hail Mary pass was perfectly thrown over the top of them. The Eagles’ celebration on the field might have been the best part, and the fact that Flutie’s roommate, Gerard Phelan, caught the winning TD made it even better.

Connelly: Yeah, it has to be Flutie for me too. Part of that has to do with age. A decent number of us in this writer community are in the same age range, and this was in the sweet spot in which college football was becoming a national thing. That was quite a gateway-drug-type of moment. Brent Musburger’s call, Flutie’s mid-80s belly shirt — it was perfect.

But we’ve been blessed with quite a few from which to choose. If I were a smidge older, maybe I’d remember the 1980 Holiday Bowl pass more. If I were younger, maybe Stewart-to-Westbrook or the Bluegrass Miracle would have been a more formative memory. These happen just enough that there’s one for each age range, and we all know to keep watching until the final pass hits the ground, just in case.

Which Hail Mary had the most significant impact on a season?

Schlabach: Was it the Prayer at Jordan-Hare? In 2013, Auburn trailed Georgia 38-37 and faced fourth-and-18 with 36 seconds left. If you’re a Georgia fan, the memory of what happened next is forever etched in your brain with all of the other near misses (hello, DeVonta Smith!).

Auburn quarterback Nick Marshall, a former UGA defensive back, dropped back and fired a wobbling pass over the middle for Ricardo Louis. Two Georgia defenders stood there for something like 39 seconds, waiting for the lame duck to finally come down. But then UGA safety Josh Harvey-Clemons knocked the ball out of fellow safety Tray Matthews‘ hands. The ball bounced right to Louis, who had his back turned, and he ran 73 yards for a touchdown and improbable 43-38 victory.

Two weeks later, Auburn beat Alabama 34-28 with the dramatic “Kick Six” in the Iron Bowl. The Tigers won an SEC championship and lost to Florida State 34-31 in the final BCS National Championship.

Connelly: November 2013 yielded an amazing string of wild endings. But another impactful finish happened two years earlier: Michigan State quarterback Kirk Cousins‘ Hail Mary to Keith Nichol gave Wisconsin its first loss of the season. Considering how well Russell Wilson and the Badgers were playing at the end of the year, they could have made the Alabama-Oklahoma State BCS debate even more interesting if they’d had only one loss instead of two.

Schlabach: That was my first trip to East Lansing, Michigan, for a football game. It was cold and blustery, but what a finish. Poor Nichol. He lost the starting quarterback job to Sam Bradford at Oklahoma and then Cousins at Michigan State. At least he was on the tail end of one of the most famous plays in MSU history.

Who’s the most famous quarterback who threw a Hail Mary in college?

Schlabach: I can think of a few, but Southern Miss’ Brett Favre comes to mind. Against Louisville in 1989, the score was tied at 10 with only nine seconds left. The ball was at the Golden Eagles’ 20-yard line.

Favre took the snap and rolled to his right. A Louisville lineman nearly brought him down, but Favre broke away with a devastating stiff-arm. From the quarterback! Favre planted his feet and threw the ball as far as he could. Louisville defenders tipped the ball at their 35-yard line, and Darryl Tillman caught it. Tillman broke a tackle and outraced two defenders into the end zone as time expired in a 16-10 win.

Connelly: Yeah, but did Favre have a cereal named after him like Flutie?

Not all great endings were Hail Marys. What’s the best non-Hail Mary finish you can recall?

Schlabach: The aforementioned Kick Six might have been the most bizarre and improbable ending I can recall in recent history. Or California’s “the band is on the field” play against Stanford in 1982, which, again, was a little before my time as a college football die-hard.

But the entire ending of Boise State’s 43-42 win over Oklahoma in the 2007 Fiesta Bowl is still one I’ll never forget. Of course, I didn’t see it happen in real time because I fell asleep on the couch. It was still as much fun watching the replay the next day. The hook-and-ladder and Statue of Liberty play for the winning 2-point conversion were so memorable. Chris Petersen pulled out every stop in taking down the Sooners that night.

Connelly: You stole a lot of good answers. A few more to add:

Connelly: I certainly enjoyed “Hello, Heisman” when Desmond Howard returned the punt for a score against Ohio State in 1991, but it has to be the one we’re showcasing Thursday — Colorado-Michigan. Jackson’s voice cracked. It was such a moment that even the greatest college football announcer of all time lost his mind for a split second.

That said, what made Jackson so great was his mastery of the mundane. He got to call plenty of moments like this, but in the absence of something special, he charmed a game all the same. In 1998, when Missouri played at Ohio State (and I was a Mizzou sophomore), his simple presence let me know it was a big game; and when he called Missouri “the burly bunch from Boone County,” it felt like Grandpa was winking at you. He made the fans feel like they were an important part of college football’s culture. (Even if your team has spent decent chunks of its history not really mattering all that much.)

Schlabach: “Whoa, Nellie!” There are so many of them. “Bo Over the Top!” Or Vince Young running into the end zone on fourth-and-5 against USC: “He’s going into the corner. … He’s got it!”

I don’t remember watching the 1979 Sugar Bowl between Penn State and Alabama, but I still love listening to Jackson’s call of the Crimson Tide’s famous goal-line stand. He sets up the sequence like only Keith Jackson could: “The yard marker in the Sugar Bowl shows a half a yard to go for the touchdown and the possibility of tying or going ahead for Penn State. Nineteen-game win streak, only undefeated team in the country, ranked No. 1 in the nation, Alabama ranked No. 2. Everything could be hanging on fourth-and-goal with a half a yard.”

After Alabama’s Barry Krauss stood up Mike Guman at the goal line, Jackson said, “Guman! He didn’t make it” And then Jackson closed his mouth and let the crowd do the talking.

You love baseball. Tim Kurkjian loves baseball. So while we await its return, every day we’ll provide you with a story or two tied to this date in baseball history. ON THIS DATE IN 1986, Don Mattingly became the sixth player ever with three sacrifice flies in a game. They are fascinating. You don’t have […]

Former Auburn coach and athletic director Pat Dye has tested positive for the coronavirus and is hospitalized in Atlanta for kidney-related issues, his son confirmed to ESPN on Thursday. Dye, 80, has been asymptomatic for coronavirus, according to his son, Pat Dye Jr., an NFL agent. “As has previously been reported, my dad has tested […]

Basketball Hall of Famer Charles Barkley admits he’s still “really, really sad” about the fact that his longtime friendship with Michael Jordan deteriorated years ago because of critical comments Barkley made about the way Jordan ran the then Charlotte Bobcats franchise. But Barkley doesn’t sound optimistic about a reconciliation. “The guy was like a brother […]