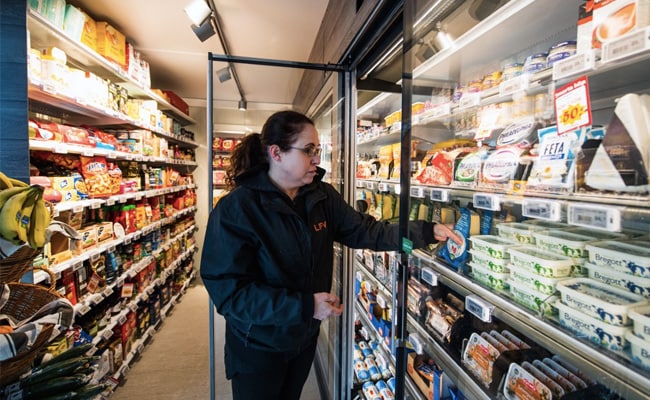 The study said that counterfeit products account for 6.8 percent of the EU imports.(Representational)

One in every 10 Europeans has been duped into buying counterfeit products, mostly coming from Asia, a study by the EU’s intellectual property office (EUIPO) showed Tuesday.

Many consumers struggle to differentiate between authentic products and fakes, said the study by EUIPO which is based in the Spanish coastal city of Alicante.

Counterfeit products account for 6.8 percent of the European Union’s imports and are worth 121 billion euros ($147 billion) according to figures from EUIPO and the Paris-based Organisation for Economic Co-operation and Development(OECD).

Counterfeits are present in all sectors from clothing to electronics, toys and wine, with 9.0 percent of European “admitting they had been duped into making such a purchase,” the study found.

In a context where e-commerce is booming globally due to the pandemic, in which 70 percent of Europeans shopped online last year, Eurostat figures show, “the ability to identify counterfeit products remains problematic for EU citizens”, the study says.

EUIPO says 33 percent of Europeans “have already wondered about the authenticity of a product they’ve bought”.

EUIPO head Christian Archambeau also flagged the “rise in the number of counterfeit medications and healthcare products which can have adverse effects on people’s health and safety”.

According to another EUIPO study published earlier this year, the main countries of origin for counterfeit medications are China and India, while the United Arab Emirates, Hong Kong and Singapore serve as “transit hubs” for such products, whose global value in March 2020 amounted to $5 million.

Such products, which include everything from painkillers to antibiotics and even face masks, are largely destined for Africa, the United States and Europe, but also Albania, Ukraine and Morocco.

They are mostly transported by ship, with “80 percent of the global value of containers seized worldwide” originating from China and Hong Kong, the EUIPO study said.

It also drew attention to the “lucrative” piracy of television content that is accessed online, which in the EU is worth more than $1 billion every year, with the resulting impact felt by content creators and legitimate businesses.

BEIRUT The 160-year-old palace withstood two world wars, the fall of the Ottoman Empire, the French mandate and Lebanese independence. After the country’s 1975-1990 civil war, it took 20 years of careful restoration for the family to bring the palace back to its former glory. In a split second, everything was destroyed again, says Roderick […]

Iraqi security forces raided a headquarters belonging to a powerful Iran-backed militia in southern Baghdad late on Thursday and detained more than a dozen members of the group, government officials and paramilitary sources said. The raid was the most brazen action by Iraqi forces against a major Iran-backed militia group in years and targeted the […]

Thousands March In Washington To Pray And Show Trump Support

Followers of Franklin Graham pray as they march from the Lincoln Memorial to Capitol Hill, during the Prayer March at the National Mall, in Washington, Saturday, Sept. 26, 2020. (AP Photo/Jose Luis Magana) Thousands of people packed the National Mall in downtown Washington on Saturday to pray and show their support for President Donald Trump. […]