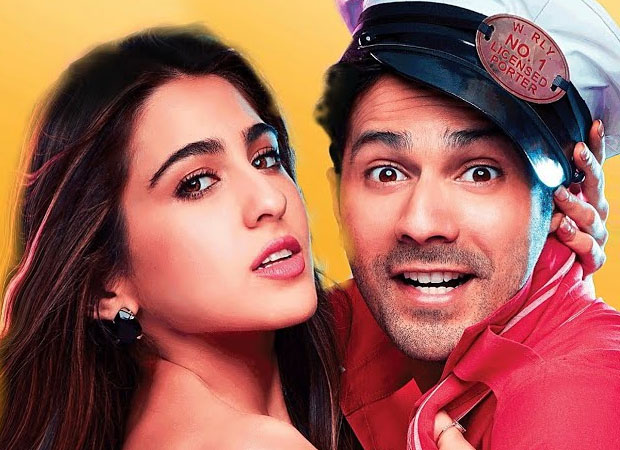 It’s been more than a month that speculations have been going arund that some of the most awaited films of the year would be straight away released on one of the biggest streaming platforms, Disney+ Hotstar. And finally, tomorrow, that is, June 29 is the day when the announcement in this regard will be made. This was confirmed by Disney+ Hotstar itself when they put up an image mentioning that they’ll make the coveted announcement tomorrow evening at 4:30 PM IST in a star studded online event. A picture of the stars who’ll attend the event was also published and these were Alia Bhatt, Akshay Kumar, Ajay Devgn, Abhishek Bachchan and Varun Dhawan.

As soon as this announcement was uploaded, many eyebrows were raised especially about the presence of Varun in the said image. It led to speculations that his next film, Coolie No 1, is also arriving on OTT directly. His fans were disheartened as Coolie No 1 is a masala comic caper and have chances of working in theatres. The last few films of his haven’t worked. Hence they were banking on Coolie No 1‘s theatrical release as it would have got Varun back in the big league. Sadly, the OTT speculations of its release disheartened them.

However, it turns out that Coolie No 1 is not skipping theatrical release. A source says, “As per the information that we have got, Coolie No 1 is not releasing on Disney+ Hotstar. Varun’s picture has been published alongside the others as he’s going to host the event.”

The source further adds, “Coolie No 1 is directed by Varun’s father David Dhawan who strongly believes in theatrical release. He would not let Coolie No 1 arrive on a streaming platform.” He also however cautions, “If, at the last moment, Coolie No 1 makers have made a deal for online release, then we don’t know. But that’s unlikely.”

Shedding more light on this event, the source reveals, “The event will also be attended by Uday Shankar, President, The Walt Disney Company (Asia Pacific) and Chairman, Star & Disney India. An announcement would be made of films that will arrive on Disney+ Hotstar, starting July 24 when Sushant Singh Rajput’s last film Dil Bechara. Every Friday will then see a new film arriving on the platform. Some of the films that will be announced are Akshay Kumar’s horror comedy Laxmmi Bomb, Ajay Devgn’s patriotic actioner Bhuj – The Pride Of India, Alia Bhatt-starrer Sadak 2, and Abhishek Bachchan’s stock market saga The Big Bull. Besides, Kunal Kemmu’s comedy Lootcase and Vidyut Jammwal’s romantic actioner Khuda Hafiz are also expected to be announced.”

If not for Salman, I don’t know how we and our families would have survived” shares FWICE president, BN Tiwari : Bollywood News

Ever since lockdown was imposed due to the ongoing pandemic, a lot of people across the country started facing financial difficulties even in the entertainment industry. Since then, Salman Khan has been proactively and consistently providing people with food supplies, other essentials and even financial aid. While helping people in need is something Salman Khan has […]