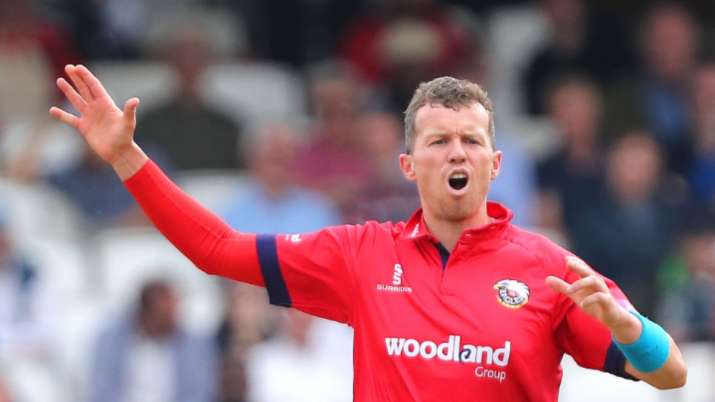 Former Australian pacer Peter Siddle, whose contract with the Essex has been deferred until 2021, has said “it’s a shame he won’t be returning” to the club this year.

On Friday, Essex announced that Siddle will not join up with the side during the 2020 campaign and instead, his contract has been deferred to 2021 as team continue to find cost-cutting measures in the wake of the coronavirus pandemic.

“It’s a shame I won’t be returning to Chelmsford this year as I was really looking forward to the season with the Eagles, but there are plenty of things more important than cricket going on in the world at the moment,” said Siddle in a statement released on the club website.

Siddle first signed for the club in 2018 where he took 37 wickets. He then committed his future to Essex in 2019 by signing a two-year contract.

“In light of the current situation, it makes sense for me to come back over for the 2021 season when hopefully we’re back to normal and playing cricket again.

“It feels like a long way off at the moment, but I’m really excited to see all the boys and play at The Cloudfm County Ground again,” he added.

Derek Bowden, Chief Executive of Essex Cricket, said: “Peter Siddle was scheduled to be arriving in the UK last week, but we have together made the decision to defer his contract to the 2021 season.

“I’d like to thank Peter and his management for their understanding and we’re looking forward to welcoming him back next year,” he added.

The England and Wales Cricket Board (ECB) had previously announced that no cricket would be played until May 28 but that date has now been an extended till July 1 in view of the prevailing situation getting worse due to COVID-19 in the United Kingdom.

How NHL 20 became a hockey ‘lifeline’ during the coronavirus pandemic, and what comes next

For a goalie who had just faced 102 shots on goal, Cory Schneider of the New Jersey Devils was looking curiously rested in his postgame interview. In fact, he hadn’t even broken a sweat during the game. “There are games where you just have to give a lot of credit to your teammates. Tonight probably […]

Williams says any team sale would be to secure F1 future

Williams are prepared to end decades of family control and sell the struggling Formula One team to secure its future after tough times on and off the track, deputy principal Claire Williams said on Friday. The announcement is a major shift for a proudly British company co-founded by Frank Williams, Claire’s father, and that won […]

Five NBA things I like and don’t like, including Michael Jordan and the Chicago Bulls’ thrilling lineup intros

Let’s punctuate the waiting game with five things from actual NBA games: 1. Bring back great starting lineup introductions This is one of the most important takeaways from “The Last Dance”: We need to restore starting lineup introductions to their Jordan-era glory. All these years later, I still get goosebumps when that pulsing, spaced-aged opening […]