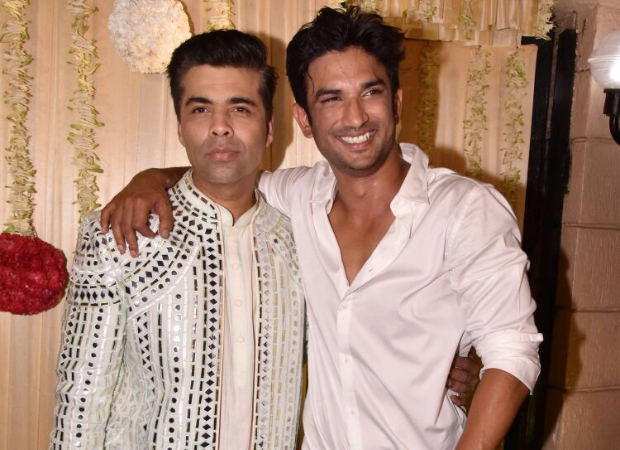 Actor Sushant Singh Rajput’s untimely demise has sent shockwaves across the nation. As Mumbai Police continues to investigate his death and what led to him taking his own life, many film industry members have already recorded their statements. After Sanjay Leela Bhansali and Mahesh Bhatt, Karan Johar has now been summoned by Mumbai Police.

According to the reports, the officials on July 27 informed that Karan Johar will record the statement in connection to the death of Sushant Singh Rajput. This news comes in after the filmmaker has been under fire for constantly supporting the star kids in the industry and neglecting the outsiders.

An abetment case was filed in Bihar against Karan Johar, Salman Khan and Ekta Kapoor which was later dismissed.

After his death on June 14, Karan had penned a note for the late actor. Sharing a throwback photo with Sushant on Instagram, he wrote, “I blame myself for not being in touch with you for the past year….. I have felt at times like you may have needed people to share your life with…but somehow I never followed up on that feeling…will never make that mistake again…we live in very energetic and noisy but still very isolated times …some of us succumb to these silences and go within…we need to not just make relationships but also constantly nurture them.”

“Sushant’s unfortunate demise has been a huge wake up call to me …to my level of compassion and to my ability to foster and protect my equations…..I hope this resonates with all of you as well….will miss your infectious smile and your bear hug,” he wrote.

With restrictions being lifted from the nation-wide lockdown due to coronavirus outbreak, film and TV shootings will soon resume adhering to the government guidelines. Amongst the few films, John Abraham and Emraan Hashmi starrer Mumbai Saga may resume shooting in Hyderabad. After receiving a go-ahead from the Telangana government and following the guidelines by Producers […]

The Disha Patani – Aditya Roy Kapur starrer MALANG is high on style with good performances and thrilling moments but has an average storyline.

The tiny state of Goa has been a great destination for our filmmakers over the years. Rohit Shetty has shot and based most of his films there. Besides, there have been films where Goa played an indispensable part like HONEYMOON TRAVELS PVT LTD [2007], DIL CHAHTA HAI [2001], KABHI HAAN KABHI NAA [1994], GO GOA […]

Divyanka Tripathi and Vivek Dahiya are one of the most adored couples in the industry. The two met each other on the sets of Yeh Hai Mohabbatein where Divyanka was the female protagonist and Vivek played the role of a cop. Soon after that, they got married and July 8 marks their fourth wedding anniversary. […]