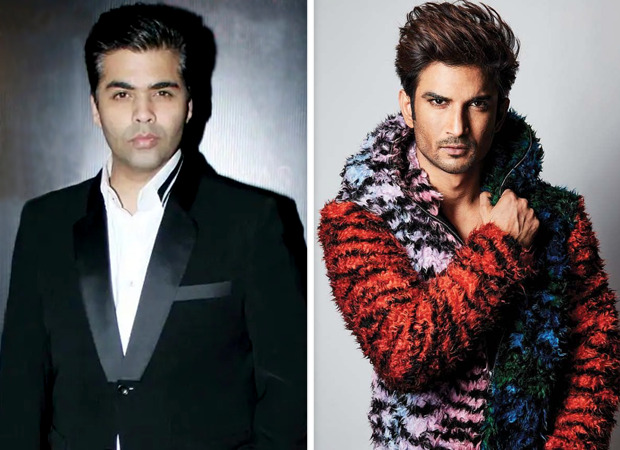 Karan Johar has never been more affected by trolls than he is now by all the brouhaha that has ensued after Sushant Singh Rajput’s death. The savage criticism that he has received for being the face of nepotism has taken a serious toll on Karan’s health.

A very close friend reveals, “Karan is a broken man. After being trolled for years he thought he had developed a thick skin. But the brutal hatred that he has received after Sushant’s death has left him shattered.”

What has affected Karan Johar so severely this time? “It’s the fact that those close to him are being attacked that makes Karan feel really guilty. His 3-year old twins are getting death threats. Somebody like Ananya Pandey who has no connection with Sushant, had a hater on the social media platform asking her to commit suicide to compensate for Sushant’s death,” says Karan’s friend.

Does Karan intend to come out with any statement regarding Sushant? “None at all. Lawyers’ advice. Better to keep mum. Karan is in no condition to speak. The fight has gone out of him. He looks like a man beaten by fate. It’s not a pleasant experience to speak to Karan. He breaks down and cries when we call him. He is constantly crying and asking what he has done to deserve this,” says the friend, adding that he fears for Karan.

Back in 2019, it was reported that Excel Entertainment had roped in Katrina Kaif, Ishaan Khatter, Siddhant Chaturvedi for a horror-comedy titled Phone Bhoot. While the announcement was awaited from the makers, Farhan Akhtar has finally dropped the first photoshoot look. On Monday, July 20, Farhan Akhtar took to his social media to announce Phone […]

After rumours claiming that Salman Khan and his production house were casting for a fresh project surfaced, the superstar took to Twitter to dismiss them and warned everyone to not fall into the trap. He also stated that necessary legal actions would be taken against people spreading such rumours. “This is to clarify that neither […]

The problems in Nawazuddin Siddiqui’s marriage had been brewing for some years now. But the demand for divorce still came as a shock to the actor who thought he would win back her trust. Throughout the lockdown his wife Aliya/ Anjali has been with her parents in Jabalpur. Their two children are with her. The […]