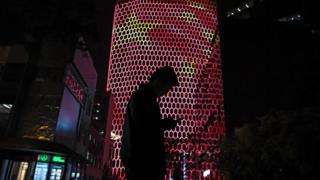 The latest controversy to swirl around the Chinese telecoms company Huawei has shone a spotlight on the murky world of Chinese espionage, agent-recruitment and an ambitious programme of extending its influence across the globe.

So how extensive is it, how does it work and who runs it?

A dossier reportedly complied with the help of a former MI6 spy has accused China of trying to manipulate key UK figures to back the telecom giant’s business in Britain.

Every major Chinese enterprise anywhere in the world allegedly has an internal “cell” answerable to the ruling Chinese Communist Party (CCP) to drive the political agenda and ensure that the company is compliant with political directives.

This is why China experts assert that the CCP does operate here in Britain, often under the natural cover of business. “The Party machine is everywhere”, says one, adding: “For China, business is inseparable from politics.”

The CCP has 93 million members, with many of them placed or hidden in organisations abroad. This allows them to be tasked with gathering secrets, especially in the technology sphere, including telecoms.

Experts say these “agents”, as well as targeted individuals in important positions in foreign companies, can be recruited or persuaded using a number of different methods.

The first approach is usually what is known as “a positive incentive”, especially if the targeted individual is a non-Chinese national.

In the West this can take the form of a tempting invitation to an important business meeting in China, an offer of financial help for a company facing difficulties, or the offer of a (sometimes meaningless) seat on a board as a non-executive director or even in some cases a life-changing sum of money.

In the last 10 to 15 years there has been an increasing readiness to target well-placed foreigners with positive incentives.

Inside China though, recruitment methods can, according to people familiar with them, take on a far more sinister form. This can include putting pressure on Chinese family members – essentially blackmail – to honeytraps set for unwary western businessmen.

This usually entails a “chance” encounter with an attractive woman which is then covertly recorded and used as “kompromat” – compromising material to be used as a lever.

“The Chinese state is very good at setting honeytraps on their own territory,” says a British businessman who has worked in China. These are normally run by China’s Ministry of State Security.

Rather than being run centrally, these targeting operations tend to be run out of provincial State Security bureau, each of which deals with a different geographic area of the world. So the Shanghai bureau, for example, covers the US, Beijing covers Russia and the former Soviet republics, Tianjin covers Japan and Korea, and so on.

“The Chinese state uses the full spectrum of government levers to acquire information,” says someone very familiar with its operations. “This ranges from targeted and large-scale cyber espionage and theft to co-opting industry experts, both knowingly and unknowingly.”

“Along with Russia,” he adds, “China is the biggest espionage threat to the UK”.

Huawei decision: UK ‘right to stand up to China’

Image copyright Getty Images The government would be right to “stand up” to China by denying Huawei access to the UK’s 5G network, the chairman of the Commons defence committee has said. Six months after agreeing the Chinese telecoms company could set up some of the network, ministers are expected to ban it from installing […]