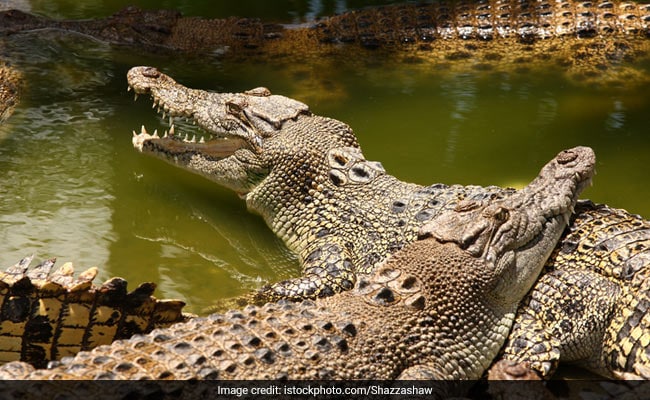 Police have set up a “dedicated task team” to deal with the escape. (Representational)

South African police on Thursday were on a crocodile hunt after an unknown number of reptiles escaped from a commercial breeding farm in the south of the country, conservation officials said.

Police have set up a “dedicated task team” to deal with the escape, a government conservation department, CapeNature, said.

James-Brent Styan, the spokesman for Western Cape’s provincial environmental affairs ministry, told AFP the farmer on Wednesday morning “realised there was a hole in the fence and an unknown number of crocodiles had escaped.”

Police, local nature authorities, landowners and the farmer have been searching around the Breede River, which runs close to the farm, he said.

Twenty-seven of the juvenile crocs have been recovered so far.

Recapture efforts entail setting up “humane trap cages” on the river banks with bait inside to lure the animals, Razeena Omar, CEO of CapeNature, said.

Egyptology Is Having a Big Moment. But Will Tourists Come?

CAIRO — On a cool morning last November, Egypt’s tourism and antiquities minister stood in a packed tent at the vast necropolis of Saqqara just outside Cairo to reveal the ancient site’s largest archaeological discovery of the year. The giant trove included 100 wooden coffins — some containing mummies interred over 2,500 years ago — […]