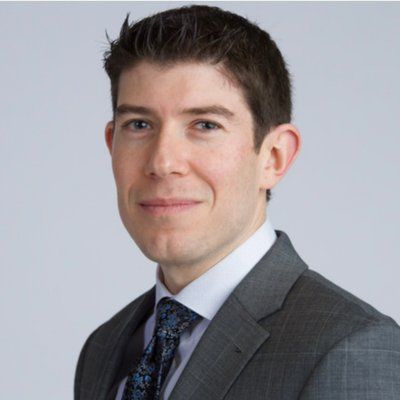 Houston Astros hitting coach Alex Cintron made a vile comment to Oakland Athletics outfielder Ramon Laureano regarding his mother, prompting Laureano to charge the Astros’ bench Sunday and leading to a melee expected to result in lengthy suspensions, Laureano told ESPN on Monday.

After being hit by a pitch for the third time in the series and second time in the game, Laureano pantomimed toward pitcher Humberto Castellanos how properly to snap off a slider, prompting a response from the Astros’ bench. Laureano said that Cintron uttered an expletive at him, which Laureano returned. Then, Laureano told ESPN, Cintron “said in Spanish something you don’t say about my mother.”

Following the exchange of words, Cintron, as shown on replays, stepped out of the first-base dugout and motioned for Laureano to come at him. Laureano ran toward Cintron, who stayed behind Astros players as Laureano was tackled and the benches for both teams emptied.

Through an Astros employee, Cintron denied talking about Laureano’s mother. He declined to detail what he did say.

Major League Baseball’s coronavirus protocols strictly discourage fighting, and the league is currently weighing disciplinary measures, sources told ESPN. While Laureano is expected to be suspended, Cintron, because he is a coach and is expected to set a standard of behavior, stands to receive a significantly lengthier ban, according to sources.

Laureano, a 26-year-old outfielder, was drafted by the Astros in 2014 and traded in 2017 to Oakland, where he has become an under-the-radar star. He is hitting .278/.406/.519 and has perhaps the best outfield arm in baseball, an unlikely outcome for a late-round draft pick out of Northeast Oklahoma A&M who was sent to high school in the United States as a teenager without knowing a word of English.

The only child of Nina and Ramon, Laureano said his parents are responsible for his career.

“Every day I wake up with the motivation to be with them,” he said. “They sacrificed their life for me. They made the tough decision to let their own kid go to the States by himself and follow his own dreams. I’ve been away from my family for 10 years. It’s tough to be away from them. Any chance I have to be with them, I feel like I’m in heaven. So for him to say that to me about my mom, it doesn’t sit well. I’ve got a fire inside me right away in that second.”

Despite being hit three times, Laureano said, he had no ill will toward the Astros. He does not believe any of the three hit-by-pitches was intentional. Further, he said, his frustration did not stem from any animus with the Astros for the sign-stealing scandal from their World Series-winning 2017 season.

“The other days I’ve been on base, we’ve been chit-chatting, talking about life and family on the bases,” Laureano said. “Everything’s great. I get along with everybody on the Astros.”

For example, Laureano said, catcher Dustin Garneau, who tackled Laureano before he reached Cintron, “was protecting me 100% the whole time. I really feel the respect. He’s one of the best teammates I’ve ever had. He protected me. We were down on the pile. He said to me, ‘You good?’ I said, ‘Thank you, thank you.’ He said, ‘Don’t worry.’ “

Ultimately, Laureano said, he wishes he had chosen not to run toward the Astros’ dugout and waste his time on Cintron. “I regret charging him because he’s a loser,” Laureano told ESPN. “[A suspension] is understandable, but I hope it’s not that many games.

“At the end of the day, I’m here to win a World Series with the Oakland Athletics — this wonderful group of guys. I don’t want to be a distraction. Obviously, I am right now. Hey, I’ve already moved on. I’m facing Julio Teheran today, and that’s all I’m thinking right now.”

Watching Major League Baseball start a second “spring” training now, amid surging coronavirus infections in the states where many hundreds of ballplayers reside, is like climbing into a sailboat just as the outer bands of a hurricane swirl closer on the horizon. But this is where baseball is in this moment, and if you work […]

9:22 AM ET Graham HaysESPN.com Close Graham Hays covers college sports for espnW, including softball and soccer. Hays began with ESPN in 1999. As most of the NCAA women’s soccer world waits for a potential return to competition next spring, the ACC, college soccer’s signature conference, plays on. It always stood apart. Now it stands […]

Which club tops the style table?

Just 48 days after the end of the last campaign, the 2020-21 Premier League season will get underway on Sept. 12. 2 Related If that short recess makes it difficult to tell one season from the next, don’t worry: we have a fresh batch of kits, with teams releasing their new home, away and (for […]