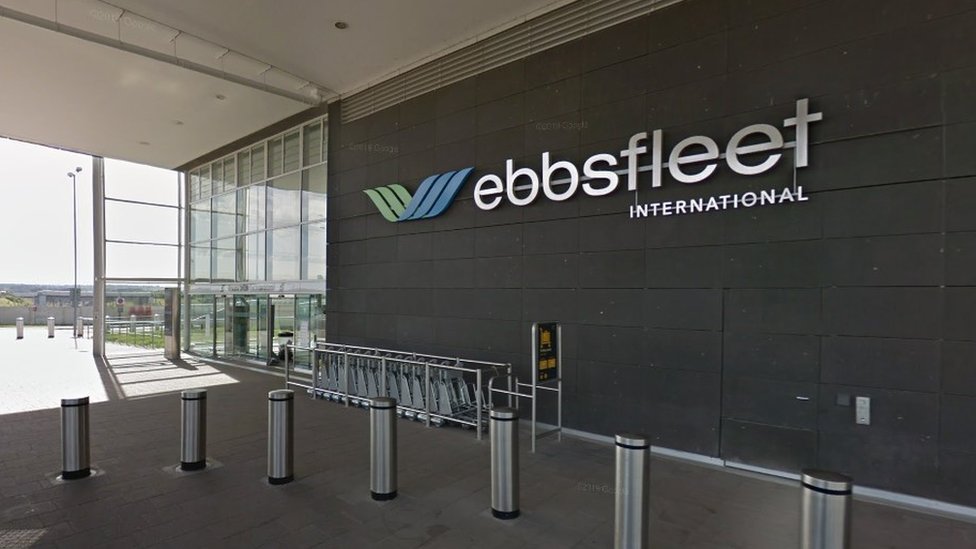 A coronavirus testing centre in Kent has been closed to make way for a lorry park for post-Brexit customs checks.

The government is planning to use the land at Ebbsfleet International station if the UK leaves the EU without a deal on 31 December, according to

One councillor said local infrastructure “cannot cope” and there would be chaos on the M25.

A Cabinet Office spokesman said no final decision has yet been made.

In July the government pledged £470m on new border infrastructure, which included, if necessary, building additional inland sites across the country where checks can take place.

The spokesman added: “Final decisions on inland sites will not be made until we have established the extent of new infrastructure that will be delivered at ports.”

However a leaked Kent County Council letter says: “We have also been notified that the Ebbsfleet testing centre has closed, as the site is required by HMRC for EU exit.”

He said it would be a “logistical nightmare” for officials.

Closed ‘out of the blue’

In September 2019 planning permission was granted to allow use of the Ebbsfleet site temporarily for customs clearance until the end of this year.

Work had started at one of the car parks at the station but this was put on hold because of the coronavirus pandemic.

Ebbsfleet station was then used as a Covid testing site with a capacity for about 2,000 tests a day, but earlier this month testing staff were told “out of the blue” that the site would be closing.

A new coronavirus testing centre has opened in Rochester.

According to the Cabinet Office regional testing sites like Ebbsfleet “were set up at great speed” but the relocation will allow the network “to continue operating as long as needed”.

The government’s testing system has faced criticism in recent weeks.

An increase in demand for coronavirus tests has led to local shortages – with some people being directed to test sites hundreds of miles from their homes.

The home secretary Priti Patel has defended the system, saying capacity was increasing.

Image copyright PA Media Image caption Ex-British spy Christopher Steele wrote a dossier alleging links between Trump and Russia There must be an organised effort to prevent Russia from disrupting and distorting political life, former MI6 officer Christopher Steele has warned. Mr Steele was behind the so-called Trump-Russia dossier, which alleged collusion between Moscow and […]

Sir Kim Darroch on President Trump row: ‘We’re paid to tell it like it is’

The former UK ambassador to the US has said that Donald Trump responds “pretty sharply” when it comes to criticism but is very different when with his supporters. Sir Kim Darroch resigned from his role in 2019 after emails were leaked in which he called the Trump administration “clumsy and inept”. Speaking to BBC Newsnight […]

Media playback is unsupported on your device Media captionEyewitness on Reading stabbing attack: ‘He started coming towards us’ Police have declared the stabbing attack in Reading in which three people died a “terrorist incident”. A 25-year-old man from Reading was arrested at the scene of the attack at about 19:00 BST on Saturday, which also […]