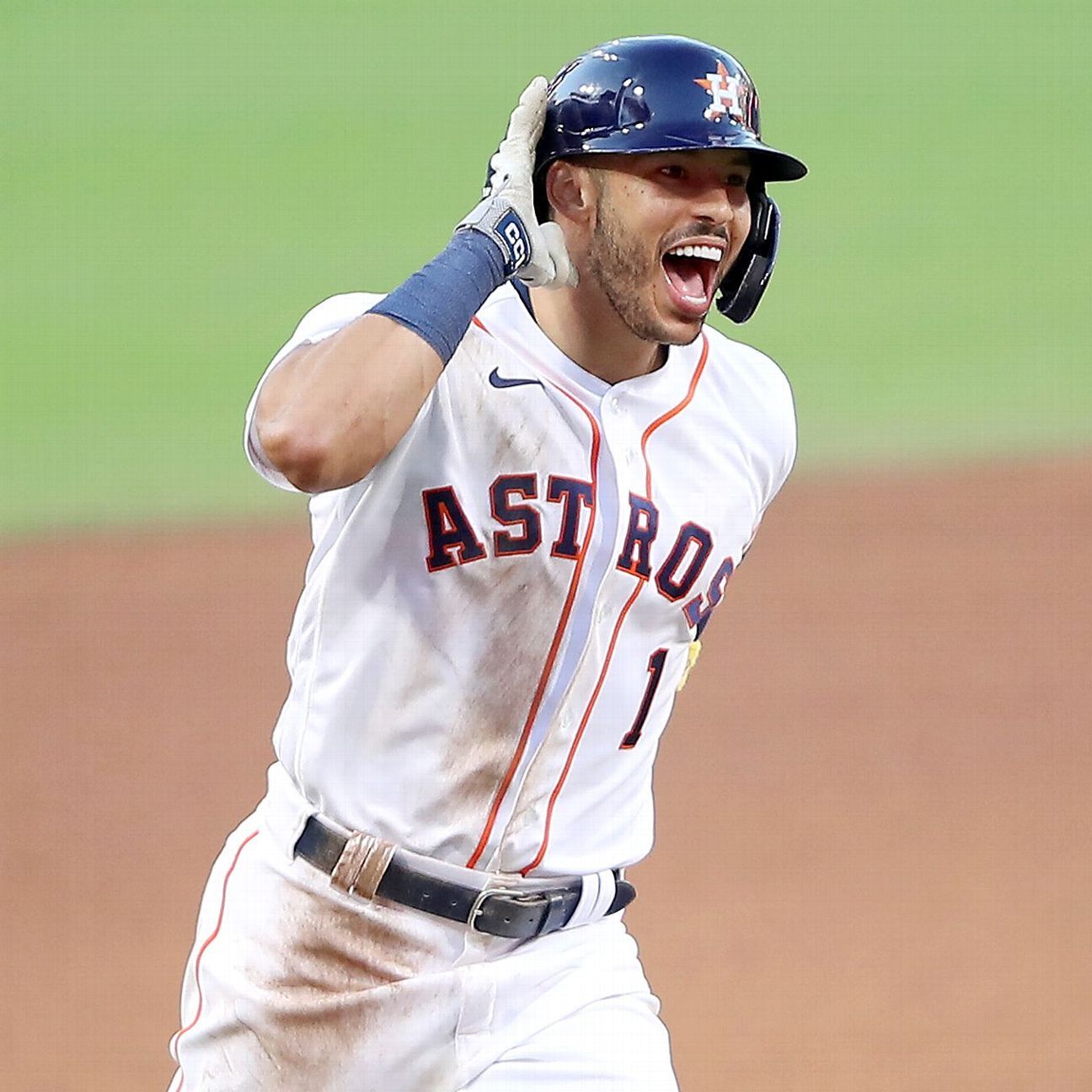 ARLINGTON, Texas — The settings change, the circumstances evolve, and yet it always seems to come down to Clayton Kershaw getting stretched a little too far, a promising bullpen failing to pick him up, a high-powered offense coming up small, a well-oiled machine breaking down at the worst possible time.

The backdrop for the Los Angeles Dodgers‘ latest collapse was Game 4 of the 2020 National League Championship Series, played under howling winds at a neutral stadium that was only a quarter full. It was, more specifically, Thursday’s bottom of the sixth, when the Atlanta Braves‘ high-powered offense suddenly came to life and the star-studded Dodgers collectively unraveled.

The Braves tallied six runs in that half inning, more than enough to cruise to the 10-2 victory that provided a commanding 3-1 series lead and, based on the history of seven-game postseason series, gave them an 85% chance of advancing to the World Series. The Dodgers, 43-17 with a plus-136 run differential during the shortened regular season, are one loss away from a stunning elimination.

The blame should not be singular.

“I just thought Kershaw was throwing the baseball really well, and there was no reason,” Roberts said when asked about going to his bullpen a little earlier. “I felt really good about it.”

When Kershaw jogged to the mound for that bottom of the sixth, he had given up only one run and had used up only 71 of his pitches. The top of the Braves’ order was due up. As Kershaw navigated through his at-bat with leadoff hitter Ronald Acuna Jr., Brusdar Graterol began to warm. By the time Acuna legged out an infield single, and moved to second base on an errant throw, Graterol was almost ready. After Freddie Freeman laced an RBI double to right field, away from a shifted Mookie Betts, Graterol was looking on, waiting. After Marcell Ozuna lined another RBI double down the left-field line, his second of four hits, it was too late.

Ozuna homered the previous time he faced Kershaw. Before the postseason began, he was batting .356/.463/.867 off lefties and .333/.381/.556 off curveballs, the full-count pitch he ultimately turned on to plate the Braves’ third run of the game. It was at best a bad matchup, at worst an indefensible decision.

“I’m not going to take Clayton out after a weak ground ball and another ground ball off the bat of Freeman,” Roberts said, adding that Ozuna’s batted ball “wasn’t hit very hard,” even though it traveled at 108 mph.

• Your guide to MLB’s bubble ballparks »
• ALCS preview: Rays vs. Astros »
• Astros?!? How angry should you be? »
• NLCS preview: Dodgers vs. Braves »
• Why Braves are big threat to Dodgers »
Playoff bracket, schedule and more »

“I felt really good with Clayton at that point in time.”

The decision was a reminder of Roberts’ deep-rooted, perhaps unwarranted, trust in Kershaw, a trait that might have played a hand in the Dodgers’ elimination from last year’s postseason. It also revealed that the bullpen Roberts talked up all summer possesses no more than three relievers he truly trusts with the game on the line, one of whom is no longer Kenley Jansen. With Dustin May saved for Game 5, and Walker Buehler basically only available in relief if Kershaw’s back had flared up again, Roberts’ options were surprisingly slim.

Maybe it wouldn’t have mattered anyway, given that Graterol and Victor Gonzalez allowed five of the next six batters to reach base and the offense only flirted with late-inning comebacks thereafter. Maybe there was nothing Roberts could do to keep the Dodgers from melting down with their season on the brink.

And maybe the narrative about Kershaw’s postseason struggles can never be vanquished.

His career ERAs now go like this: 2.43 in the regular season, 3.68 in the division series, 4.84 in the LCS, 5.40 in the World Series. His postseason ERA from the sixth inning on is 7.31, the worst of any pitcher with a minimum of 20 innings in that scenario, according to research from ESPN Stats & Information. His three go-ahead hits allowed since the 2013 postseason are tied with Justin Verlander for the second most in that stretch.

Roberts dismissed the thought of Kershaw coming up short as a big-game pitcher, saying that he gave his team a chance and that his offense didn’t do enough.

“That narrative,” Roberts said, “couldn’t be further from the truth.”

Here’s what is true: If the Dodgers don’t string together three wins in a row, two of them against the two starting pitchers who shut them down earlier in this series, another one of their dominant seasons will end bitterly.

The Atlanta Hawks will honor civil rights icon Dr. Martin Luther King Jr. with a new alternate jersey next season. For the first time in NBA history, King’s initials “MLK” will appear on the front of a team’s jersey. The Hawks said that the “black, gold and white colorway speaks to Dr. King’s determination, as […]

Could your smartwatch detect the coronavirus?

8:36 AM ET Kelly CohenESPN There’s a chance your Fitbit, Apple Watch, WHOOP or another smartwatch device could mean more to your health than just counting your steps, recommending you go to sleep earlier or reminding you to get off your couch. Known as fitness wearables, fitness trackers or simply a smartwatch, the devices are […]

Los Angeles Lakers big man Anthony Davis (right heel contusion) is listed as probable for Game 6 of the NBA Finals against the Miami Heat on Sunday. Davis acknowledged on Friday after the Lakers’ Game 5 loss to the Heat that he originally suffered the injury during the Western Conference finals against the Denver Nuggets. […]