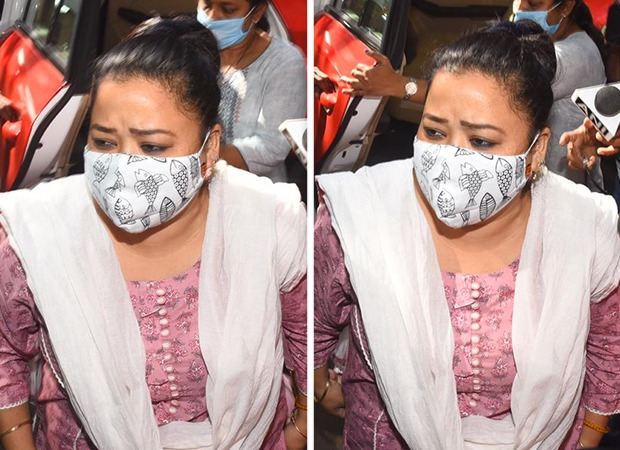 The Narcotics Control Bureau (NCB) is currently investigating the drug case in Bollywood and has been investigating actors, producers, and others related to the industry. As part of the ongoing investigation, the NCB on November 21 conducted a raid at comedian Bharti Singh’s Mumbai residence. She and her husband Haarsh Limbachiyaa were called in for questioning, this afternoon after their residence was raided.

After several hours of questioning, it is being reported that Bharti Singh has been arrested. According to India Today, “NCB has arrested comedian Bharti Singh under NDPS act. NCB seized drugs from her home.”

The report further stated, “Bharti will be produced before the court on Sunday. Both Bharti and her husband have confessed to having consumed cannabis (ganja) apart from the anti-drugs bureau recovering drugs.”

Bharti Singh is a popular comedian. She has been part of comedy series, The Kapil Sharma Show, for years. She also hosts a television reality show along with her husband Haarsh Limbachiyaa.

After Enforcement Directorate (ED) rejected her request to deter, Rhea Chakraborty appeared before ED on August 7, 2020, after she was summoned in connection with the money laundering case. Rhea Chakraborty’s lawyer Satish Maneshinde said that she is a law-abiding citizen. Since the ED informed media that the request to postpone the attendance was rejected, […]

Senior Marathi film and theatre actress Ashalata Wabgaonkar passed away on Tuesday. She had tested positive for COVID-19 a week ago during the shooting of a new mythological show, Aai Mazi Kalubai. The actress breathed her last in Satara where she was undergoing treatment. She was 79 at the time. The news was confirmed by […]