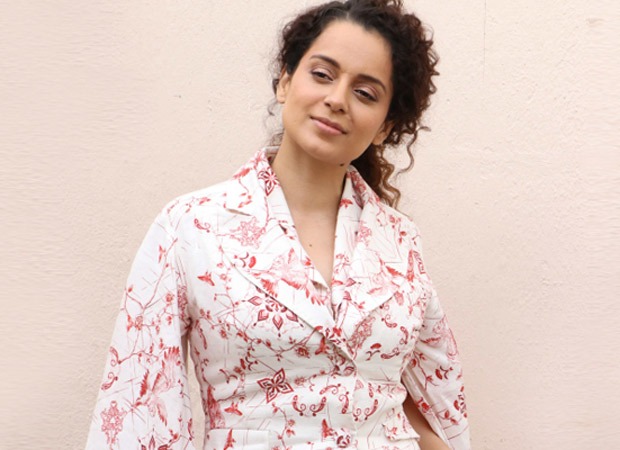 Kangana Ranaut once again has come under fire. A Mumbai court ordered an FIR against the actress after a casting director, who petitioned in the court, alleged that the actress is creating ‘a communal divide between people of two communities and in the mind of common man’ via her tweets on Twitter.

Sahil Ashrafali Sayyed, the petitioner, also mentioned Kangana Ranaut’s sister Rangoli Chandel in the complaint. The order was passed on October 16 by Bandra Metropolitan Magistrate Jaydeo Y. According to NDTV report, “The allegations are based upon the comments made on electronic media – Twitter and interviews – and a thorough investigation by an expert is necessary,” the court said, directing the police station concerned to “initiate necessary action and investigation against the actor and her sister under relevant provisions of Criminal Procedure Code (CrPC).”

The petitioner has said that Kangana Ranaut has a massive fan following and is well-aware that her tweets will reach out to many people. He also said that she is creating a divide between Hindu and Muslim artists and maliciously bringing religion in almost all her tweets.

“Her sister, too, has made objectionable comments on social media to spread communal tension between two religious groups,” NDTV reveals. The complaint mentions her recent tweets where she compared the BMC (Brihanmumbai Municipal Corporation) to Babur Sena, claiming that she is the first person to make movies on Jhansi Ki Rani (Manikarnika) and Chhatrapati Shivaji Maharaj and comparing Mumbai to POK (Pakistan Occupied Kashmir).

Kangana Ranaut responded on Twitter after the FIR was filed and said, “Who all are fasting on Navratris? Pictures clicked from today’s celebrations as I am also fasting, meanwhile another FIR filed against me, Pappu sena in Maharashtra seems to be obsessing over me, don’t miss me so much I will be there soon Red heart#Navratri.”

Who all are fasting on Navratris? Pictures clicked from today’s celebrations as I am also fasting, meanwhile another FIR filed against me, Pappu sena in Maharashtra seems to be obsessing over me, don’t miss me so much I will be there soon ❤️#Navratri pic.twitter.com/qRW8HVNf0F

The FIR, against Kangana Ranaut and Rangoli Chandel, has been filed under IPC sections 153A (promoting enmity), 295A (malicious acts intended to outrage the religious feelings), and 124A (sedition).

ALSO READ: Makers of Kangana Ranaut starrer Thalaivi in a fix over shooting the climax. Here’s why

Actor Rhea Chakraborty was questioned by the Narcotics Control Bureau (NCB) for three days before she was arrested on September 8. The actress has been arrested for procuring drugs for Sushant Singh Rajput. It was earlier reported that Rhea had also revealed names of Bollywood celebrities for consumption of drugs. According to a Times Now […]

The much talked about film Shubh Mangal Zyada Saavdhan starring Ayushmann Khurrana in the leading role finally hit screens. Helmed by debutante director Hitesh Kewalya who was a co-writer on Shubh Mangal Saavdhan, the film has been making headlines in the run up to its release, but will the hype surrounding the film translate into […]

Towards the end of 2019, Akshay Kumar announced his next venture Bell Bottom which was touted to be a spy thriller based on true events. In fact, a promotional first look of Kumar in the title role was released in November 2019 that went on to create immense hype for the film. Now after the […]