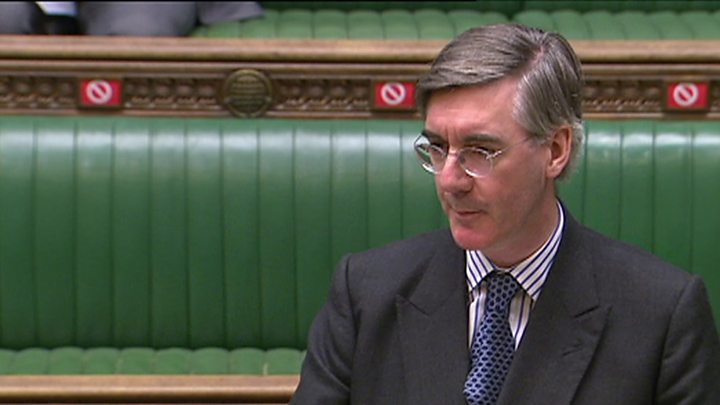 Senior Minister Jacob Rees-Mogg has been criticised after he described concern over coronavirus testing shortages as “carping”.

Speaking in the House of Commons, the Leader of the House said people should instead celebrate the “phenomenal success” of increasing test capacity.

A No 10 spokesman said the government was increasing test capacity.

On Wednesday Prime Minister Boris Johnson defended the coronavirus testing system, saying it is trying to meet a “colossal spike” in demand.

And on Thursday figures revealed that people using community coronavirus testing centres in England are waiting longer for their results than in previous weeks.

Only a third of tests carried out in community venues came back in 24 hours in the week up to 9 September – down from two-thirds the week before, NHS Test and Trace said.

Asked about testing by Labour’s shadow leader of the House Valerie Vaz, Mr Rees-Mogg said: “The issue of testing is one where we have gone from a disease that nobody knew about a few months ago to one where nearly a quarter of a million people a day can be tested.

“And the prime minister is expecting that to go up to half a million people a day by the end of October.

“And instead of this endless carping saying it’s difficult to get them, we should be celebrating this phenomenal success of the British nation in getting up to a quarter of a million tests for a disease that nobody knew about until earlier in the year.

“That is a success of our scientists or health experts and of our administration.”

Mr Rees-Mogg acknowledged that demand was exceeding supply but added that supply was growing.

“What has been done, is really rather remarkable and something we should be proud of,” he said.

Responding to his comments, Mr Norris said: “For weeks, people across the country have been struggling to get coronavirus tests but rather than fixing problems, the government have instead resorted to a blizzard of blame shifting and excuses.

“Now, out-of-touch ministers have got a new message to those who can’t get tests: ‘stop complaining and praise us’.

“Jacob Rees-Mogg should immediately apologise – whining about the public not being grateful enough won’t sort anything – only his government can fix the testing shambles they are presiding over.”

Asked about Mr Rees-Mogg’s comments, a Downing Street spokesman said the prime minister was clear about the need to increase testing capacity.

Image copyright Reuters Image caption The education secretary visited a school in Rutherglen on results day Education Secretary John Swinney has said he has “heard the anger of students” over school qualifications. Mr Swinney, who faces a no-confidence vote in the Scottish parliament, said he would make a statement on Tuesday. In it, he will […]

More workers are back at their desks, but the future looks bleak for many in the events industry. TourLife works with bands and artists, taking them on the road throughout the UK and beyond. When Covid-19 hit, the business lost 85% of its income. Owner Harry Parslow says the work “just vanished” overnight. Staff have […]

Obesity: Have 20 years of policies had any effect?

Image copyright Getty Images The prime minister has launched a new policy on obesity in England. This will not be the first attempt to tackle the problem – at least a dozen policies or white papers have been announced on the topic since 1997. So, have 20 years of targets and policies had an impact? […]